‘The Walking Dead’ has infected more than 20 million fans on Facebook, following the highly anticipated Season 4 premiere of the acclaimed horror thriller series. To celebrate the milestone, the drama’s network, AMC, is thanking fans with an exclusive graphic that warns: “20 Million Are Now Infected.”

AMC has alsoreleased the social initiative #BiteMe, an upgrade ‘The Walking Dead’s “Dead Yourself” app. The new app allows fans to bite and infect their Facebook friends, and turn them into photo-realistic walkers.

To use the Dead Yourself app, users can take or import a photo, and edit it using zombie eyes, mouths, parts and props from the hit show, which pulled in a record-breaking 16.1 million viewers during its Season 4 premiere. Users can then share the new portrait on social media and within the app’s Walker photo gallery. The app also features a leaderboard for America’s Top Biters and a Heat Map, which populates new infections and bites by location.

In the highly anticipated new season, we find Rick Grimes (Andrew Lincoln) and the group fostering a thriving community in the safe haven of the prison. Sadly, in this brutal world, happiness is short-lived and walkers and outside threats are no match for danger brewing inside the fences. The group’s home and new way of life will be thoroughly tested, and their struggle to survive has never been so perilous. Season 4 also introduces several new characters including Bob Stookey (Lawrence Gilliard Jr., The Wire).

Check out the new Season 4 ‘The Walking Dead’ Facebook graphic below. 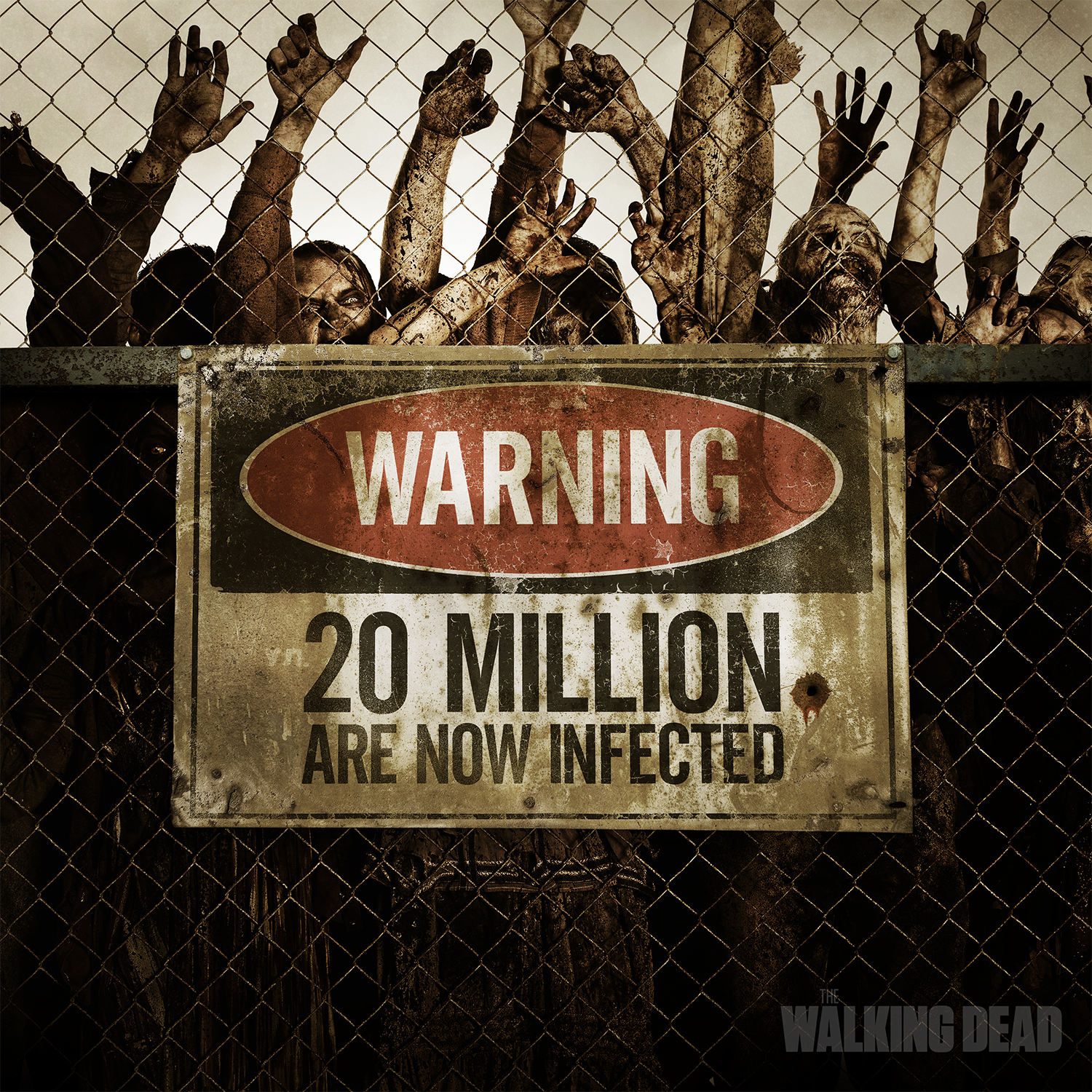