It’s no “Gravity,” but “Bad Grandpa” could still take in a nice chunk of money this weekend. “Jackass: The Movie” took $22.8 million this very same weekend back in 2002, then “Jackass: Number Two” kicked off its run with $29 million in 2006, but after that, “Jackass 3D” blew both away with a $50 million start. It’s hard to imagine “Bad Grandpa” snagging that much considering the Oscar-worthy contenders still in the mix, but it could come in right between “Jackass 3D” and “Jackass: Number Two” with a $40 million opening weekend, easily claiming the top spot.

On the other hand, the weekend’s second new wide release, “The Counselor,” could be in for a rough start. Even though the film boasts a big name cast including Michael Fassbender, Penelope Cruz, Javier Bardem, Cameron Diaz, and Brad Pitt, between “Bad Grandpa” and “Gravity,” there just won’t be enough money to go around. Should “The Counselor” kick off its run a little stronger than “Lawless” with a $4,000 per theater average, it’ll take about $13 million to the bank by the end of the weekend.

Even though “Gravity” is losing 113 theaters, it should still have no trouble maintaining that incredibly minimal percent change. Should it drop just 33% this time around, it’ll take another $20 million in its fourth weekend out. Between the awards talk and the fact that “Captain Phillips” is getting an additional 123 screens, that one should hold strong, too. Should it dip 36% again, it’ll post $10.5 million and lock in the #4 spot.

After such a disappointing debut, there’s just no way “Carrie” is going to avoid that all too familiar weekend one to two horror genre landslide. Should it lose 55% of its opening profits making the move, it’ll only take $7 million for its second weekend out. “Escape Plan” could be heading towards a similar fate. Should that one keep in line with “Gamer,” it could lose at least 60% of that $9.9 million opening haul for a mere $4 million total this time around.

Considering “Bad Grandpa” nor “The Counselor” is kid-friendly fare, “Cloudy with a Chance of Meatballs 2” is poised to hold strong yet again. Considering it is heading towards a 491 theater loss, last weekend’s 29.8% dip will come up a bit, perhaps to about 33%, and that would let the film take another $6.5 million to the bank.

The rest of the films in play all hovered around the $1 – $2 million realm last weekend, so the final three spots on the top ten are going to be tough calls. “Prisoners” is losing 813 locations whereas “Enough Said” is gaining 78, so “Enough Said” is probably going to be the one on top. Last weekend it added another 151 theaters and dropped just 8.4%, so considering it’ll be in its sixth week out and only adding 78 theaters, that percent change it bound to come up. If it loses 20% of its weekend five profits, it’ll take $1.5 million in weekend six.

“The Fifth Estate” has only been in theaters for a week, but considering it kicked off its run with a painfully low $946 per theater average, “Prisoners” could have enough momentum to keep on top. Should “Prisoners” drop 40%, it’ll take about $1.2 million, but that won’t guarantee it the ninth spot because thanks to a 104 theater boost, “12 Years a Slave” is bound to move in. Should that one post $20,000 at each of its 123 locations, it’ll jump up to #8 with about $2.5 million, bumping “Enough Said” down to #9 and leaving “Prisoners” at #10.

6. Cloudy with a Chance of Meatballs 2 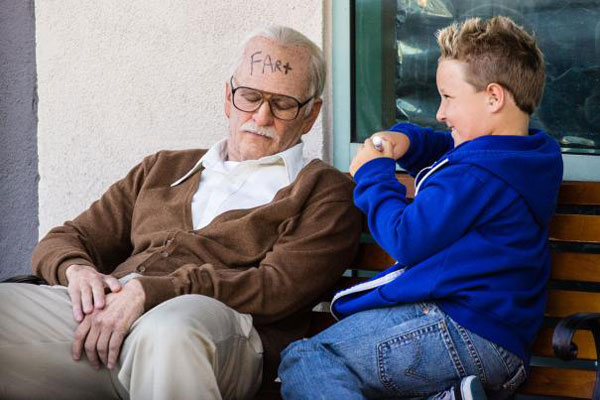