To paraphrase Sophie Tucker, I’ve been young and I’ve been old. Young is better. But you don’t have to believe me. If you watch the antics of four sexagenarians; Billy (Michael Douglas), Paddy (Robert De Niro), Sam (Kevin Kline), and Archie (Morgan Freeman) who (tee hee) throw Billy a bachelor party in Vegas because the sixty-something friend since childhood is getting married, you’ll decide to stay young. It’s not the fault of the four principal performers—really. Blame is on the script by Dan Fogelman and Adam Brooks, and on John Turteltaub’s direction, which make being old cute and yet laughable. There’s little doubt that these four actors who risk their reputations on a sitcom do not act like their characters in real life. They’re too sophisticated for that. But Turteltaub pulls out quite a few ageist and hoary images from his grab-bag of stereotypes.

Which stereotypes? Early on, we see Sam exercising with fellow biddies in a pool. He needs the pool because he has a titanium knee implant—doesn’t everyone his age? He accidentally steps on the bare foot of a rotund woman of about seventy-five and excuses himself: “I’m sorry, was that your foot or your breast?” Sam, though, has an understanding wife who, hearing that her long-term husband is setting out for a hot weekend in America’s gambling capital slips him a condom and wishes him luck. When a babe asks the men whether they deal drugs, the reply is: “Does Lipitor count?”

At a funeral, an optimistic Billy, giving an oration for the departed, taps the deceased on the shoulder and says, “See you in thirty years.”

The story opens on these four as ten-year-olds hanging around a Brooklyn counter, then flashes ahead fifty-eight years to show us how, while most kid friendships are history long before that, this quartet is bonded. But not entirely: Billy has a vendetta against Paddy, as he “gifted” the woman he loved to Paddy, who enjoyed decades of a happy marriage with her until she died a year earlier. What’s more, Billy did not attend the woman’s funeral. This hostility between the two, after being milked for jokes, turns sentimental as does the story. In the final scenes, seriousness trumps comedy particularly as Paddy gives Billy’s fiancé some advice one day before the marriage is to take place, counsel that has dramatic repercussions. Mary Steenburgen as Diana, a singer who doesn’t get the audience she deserves, figures large in the life of one of the guys.

This is an expensive production for a sitcom, showing Vegas in all of its gaudy splendor, including a room at the luxurious Hotel Aria, a guest residence with four pools, 4,004 standard rooms and 568 luxury suites. The men who are out on the town get to stay in the best suite in the house, complete with draperies that open and close at the touch of a button and Lonnie (Romany Malco), a private concierge. The bachelor party is a big success with wall-to-wall hotties, preceded by a would-be beauty contest that drafts the four men as judges carrying cards from one to ten. Are you surprised that a number of guests are trannies? If not, you’ll find “Last Vegas” a rehash of ancient gags, a look at people in life’s twilight (which, by the way, are shown in polls to be on average the happiest time of people’s lives), with a ending whose sentiment is fully deserved.

The picture enjoys a rapid pace with an ensemble that come across as true, lifetime friends. The gags, both physical (being thrown into a pool fully clothed) and verbal, are old but still amusing. 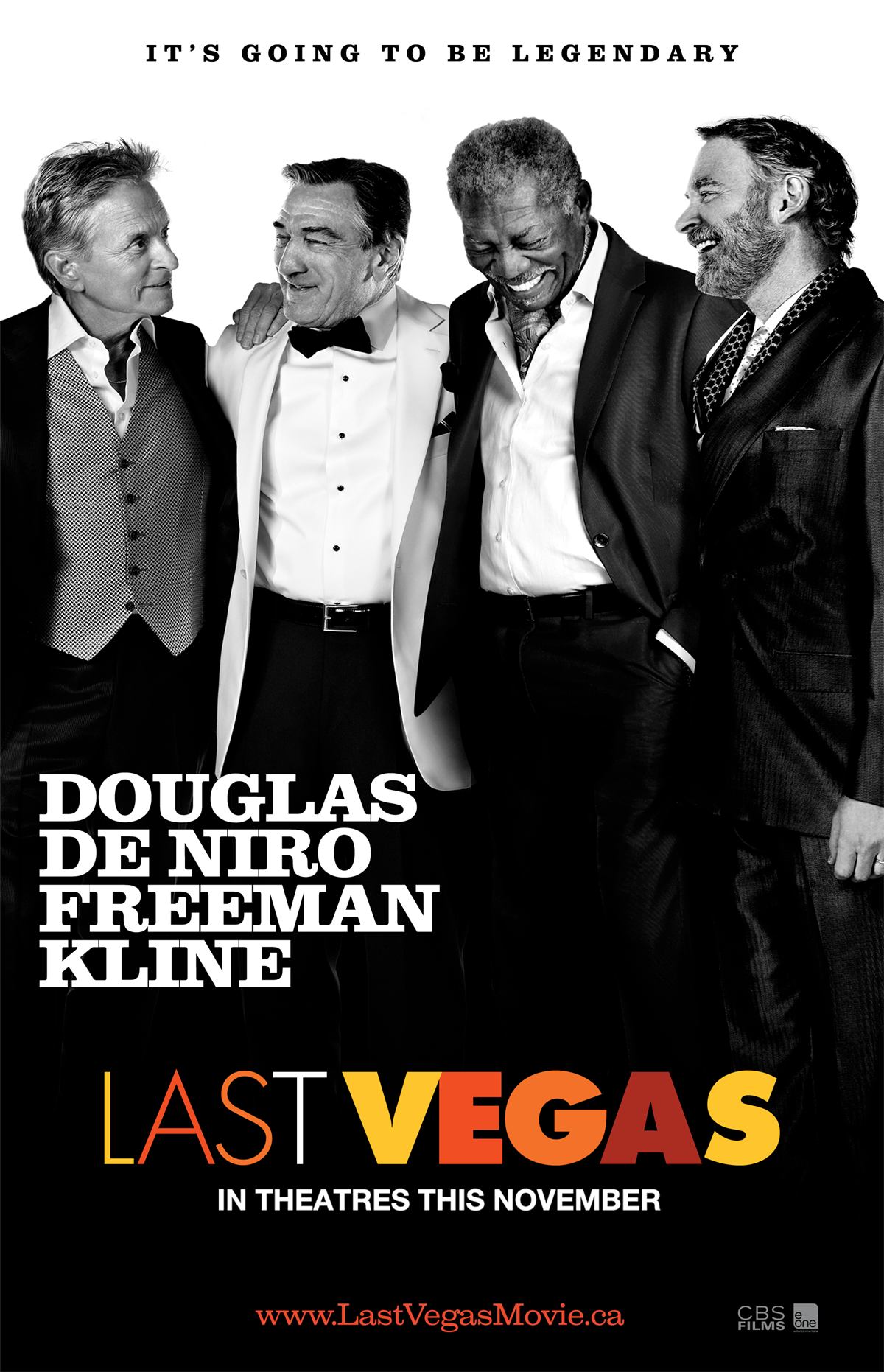