Box Office Predictions: Ender to Dominate the Battle at the Box Office

We’ve got a trio of new wide releases hitting theaters this weekend, but just one is poised to be a serious contender. While “Ender’s Game” should have no trouble riding the YA-to-film wave to the top of the box office, it is highly unlikely it’ll blow away the competition quite like “Twilight” and “Hunger Games.” Ender could be heading towards an “Immortals”-sized opening of about $30 million.

Even though “Wreck-It Ralph” opened to the tune of nearly $50 million this time last year, a rather weak promotional effort will put “Free Birds” more in line with “Happy Feet Two,” kicking off its run with about $20 million. Even though “Last Vegas” is probably hoping to be “RED” all over again, it’s more likely that it’ll begin its run with an opening haul similar to “The Family” of about $15 million.

Should “Bad Grandpa” keep in line with “Jackass: Number Two,” it could be heading towards a 50% hit, which would leave it with about $15 million and battling “Last Vegas” for that #3 spot. As for “Gravity” and “Captain Phillips,” even though they’re heading into their fifth and fourth weekends respectively and losing some locations, both are poised to hold strong. A 683-theater loss will likely leave “Gravity” with a 40% dip, $12 million and the #5 spot while “Captain Phillips” takes a 122-theater cut, drops 35% and takes another $7.5 million to the bank.

Even after dropping a whopping 62.8% making the move from weekend one to two, “Carrie” could maintain enough of its profits in weekend three to snag the #10 spot thanks to the holiday hype. If it brings that percent change down to about 45%, it’ll claim $3.2 million and that should be enough to fend off “Escape Plan.”

9. Cloudy with a Chance of Meatballs 2 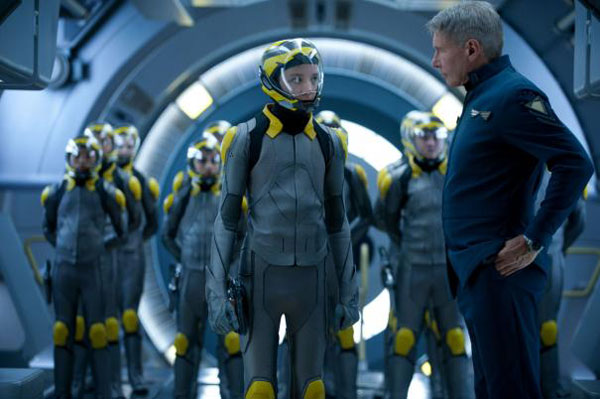