People often struggle to find their rightful place in society, and prove to their friends, family and the world that their plight is just as important as anyone elses, even if not much is known about their predicament. Director Jean-Marc Vallée’s new drama, ‘Dallas Buyers Club,’ which is based on the true story of Ron Wodroof, one of the first advocates who fought for the medical rights of HIV and AIDS patients in the late 1980s and early 1990s, successfully showcases the emotional plight people take in order to have their voices heard. Ron’s story is emotionally brought to life in part because of the captivating, intense performance given to the passionate performance given by Matthew McConaughey.

‘Dallas Buyers Club’ follows Ron Wodroof (McConaughey), an electrician and rodeo cowboy living and enjoying life in Texas. However, the ladies’ man’s world is completely turned upside down when he’s blindsided by an unexpected diagnosis, when he learns from his emergency room doctor that he has tested positive for H.I.V. Given only 30 days to live, Ron doesn’t accept the death sentence, and sets out to find treatment that will prolong his life.

Ron’s crash course on treatment research reveals the lack of approved treatments that are approved in the U.S., leading him to cross into Mexico to secure medication. There, he discovers the benefits of alternative treatments, and begins smuggling them into Dallas, challenging the legal, as well as the medical and scientific, communities, including his concerned physician, Dr. Eve Saks (Jennifer Garner).

While an outsider to the gay community, Ron ultimately fins an unlikely ally in one of Eve’s AIDS patients, Rayon (Jared Leto), a transsexual who shares Ron’s desperation to live. The two also unexpectedly share an entrepreneurial spirit, notably avoiding government sanctions against selling non-approved medicines and supplements. Together, they establish the title buyers club in Dallas, where H.I.V.-positive patients pay monthly dues for access to the newly acquired supplies. Ron and Rayon’s pioneering underground health community grows in the number of people they treat, as Ron fights for dignity, education and acceptance, as he lives life to the fullest.

Vallée smartly cast emotionally dedicated actors who intensely and credibly related to their characters, who lost themselves so deeply in Ron’s story of determination to survive that they blurred the lines of acting and reality in ‘Dallas Buyers Club.’ McConaughey was the perfect choice to lead the drama, as he effortlessly connected to Ron’s intelligence and strong determination to live. The actor naturally assumed Ron’s natural charm and charisma, and while he was conning and manipulating everyone around him, from Eve to the government agents who were trying to stop him from selling the non-approved medicine, it became easy to believe the lies he was telling. McConaughey so enticingly captivated Ron’s radical physical and emotional transformation during the last seven years of his life, as he tirelessly strived to find a cure for his terminal disease, through months of research he did before he began filming. The actor truly understood Ron’s mindset by listening to interviews the activist gave, regarding his life and legacy.

Garner gave the most grounded performance in ‘Dallas Buyers Club,’ as Eve undergoes a radical transformation throughout the film, particularly as her relationships with Ron and Rayon grow. The actress initially portrays the doctor as being very regulated and dedicated to following the rules and code of conduct set by the hospital for all doctors. While Garner convincingly plays Eve as initially resisting Ron and Rayon’s fight to have more medications and treatments approved by the FDA, the actress eventually uses her character’s intelligence to realize that she needs to stand up for what she believes is the right thing. As Ray and Rayon prove that there are numerous ways to approach the treatment of AIDS, Eve proved her empathetic side by happily challenging the health care system. She shows her kind-hearted nature by proving she doesn’t mind putting her job and career at risk, if it means she can truly help her patients.

While McConaughey and Garner both delivered emotional, captivating performances as people on both sides of medicine who were somehow affected by HIV, Leto gave the most inspiring, heartfelt performance in the drama. Not only did the actor undergo a remarkable physical transformation in a mere few weeks to attain the skeletal, 116-pound frame of Rayon, Leto also expressively stepped into the character’s fragile emotional state. The actor understood Rayon’s emotional fragility that went along with his deteriorating physical health. Leto, who deserves recognition for his unrecognizable turn as Rayon, boldly accepted the HIV patient’s gentle side by confidently wearing such feminine outfits as mini-skirts, high heels and endless make-up.

Costume designers Kurt and Bart crafted creative outfits that perfectly reflected the attitudes and opinions of each character. The two designers emphasized Rayon’s feminity, for example, and dressed Leto in vintage pieces that showcased his character’s transition into a woman. While Rayon was on a limited budget but a strong fashion sense, Kurt and Bart continuously used 1970s glam rock star clothing to emphasize his flamboyancy. Meanwhile, the designers innovatingly highlighted the stark differences in Rayon and Ray by dressing McConaughey in baggy clothing in the beginning of the film, before he discovers he’s HIV-positive. Ron is regularly outfitted in typical 1970s and ’80s tapered cowboy shirts with long tails and big collars, which show he’s determined to stay connected to modern pop culture, even though at many points his boots, belt, jeans and the rest of his outfits are too big on him.

‘Dallas Buyers Club’s Director of Photography, Yves Bélanger, smartly used handheld cameras while shooting the drama in its entirety, allowing him to follow use close-ups to showcase the ever-changing, harrowing descent Ron, Rayon and the other patients fall into each time the government tries to stop them from continuing their pursuit of obtaining the medication they need. Bélanger and Vallée also smartly worked together with production designer John Paino to enhance the realistic, devastating look into Rayon and the other patients’ determination to fight back against the FDA by using all natural light. The practical working lamps reflected the dark struggles the patients faced in accepting the fact they developed the newly discovered, deadly illness, and their doctors were more interested in working with pharmaceutical sales representatives to earn continued money than saving their patients.

Vallée cast emotionally dedicated actors who intensely committed to their characters’ plight and determination to stay alive and remain dedicated to fighting the doctors and government officials who tried to take away their freedom to choose the type of medical treatment they received. From McConaughey effortlessly connecting to Ron’s intelligence, and naturally assuming his natural charm while manipulating everyone around him to get the treatment he needed, to Leto undergoing a remarkable physical transformation, and expressively stepping into Rayon’s fragile emotional state, the actors completely understood their characters’ drive to survive. Combined with costume designers Kurt and Bart creating inventive outfits that perfectly reflected the opinions of each character, to Bélanger using natural lighting to reflect the characters’ continued struggles, ‘Dallas Buyers Club’ is an inventive drama that appeals to the gripping emotional and physical struggles everyone can relate to throughout their lives. 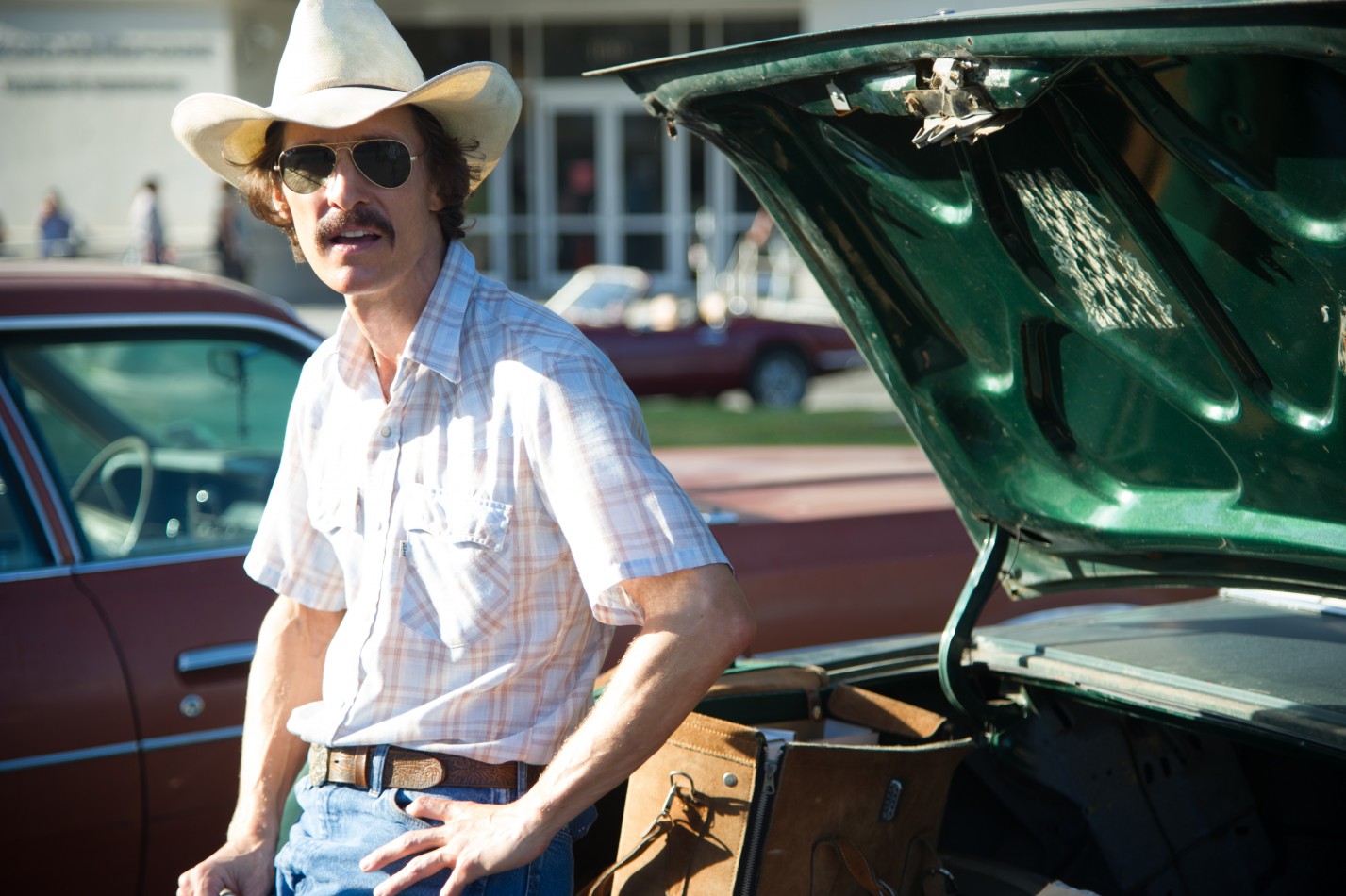