Society is often quick to judge and place labels on people who seem to have come by less fortunate circumstances. People are often quick to criticize the seemingly erratic behavior of those around them, without knowing all of the circumstances of their situation. That’s certainly the case in the new comedy-drama ‘Best Man Down,’ which is currently available on VOD and is set to open in select theaters on Friday. The feature film directorial and writing debut of filmmaker Ted Koland shows that once people truly begin to investigate the motives of those who are being ridiculed by society, they’ll truly begin to understand their mindset, and possibly start to value their beliefs.

‘Best Man Down’ follows couple Scott (Justin Long) and Kristin (Jess Weixler) as they marry in a lavish destination wedding in Arizona that they can’t entirely afford. The two, who have underlying difficulties in their respective jobs-Scott is a salesman, while Kristin is a teacher-as well as in the way they communicate with, and relate to, each other. Their deep-rooted problems are in part brought to the surface by the unhinged antics of Scott’s best man and old friend, who goes by the nickname of Lumpy (Tyler Labine), and doesn’t know how to hold his liquor.

The wedding turns for the worst when Lumpy is discovered the following morning in the Arizona desert, having seemingly died from drinking too heavily at the reception. To Kristin’s dismay, Scott cancels their tropical honeymoon to instead use that money to not only ship his best man’s body back home to Minnesota, but also plan his funeral.

The newly married couple also has time to fully explore, and reflect on, their relationship after they discover Lumpy’s seemingly unconventional relationship with 15-year-old Ramsey (Addison Timlin). The emotionally-conflicted teenager is still contending with the death of her father, as she lives with her financially-struggling, drug-addicted mother and her drug dealing boyfriend. Scott and Kristen travel to northern Minnesota to tell Ramsey the news of Lumpy’s death, and in the process, not only discover the truth about their friend’s life and motivations, but also the true meaning of their relationship.

As he continuously explored the relatable and emotionally driven relationships featured in the comedy-drama, Koland realistically emphasized the complicated nature of all of the characters’ connections. While ‘Best Man Down’ initially begins with a seemingly happy wedding between Scott and Kristin, the filmmaker comically showcased the tension that naturally arose between the two, as they strived to create the perfect public image for their friends and family. Long and Weixler genuinely built one of the more believably complex bonds in the film, as they naturally resort to placing their characters’ feelings of discontentment on each other. Whether Kristin is blaming her new husband for missing her anticipated honeymoon and break from her reality, or Scott is accusing his bride of regularly needing medication to make it through her life, their sudden disappointment with each other is powerfully driven by Lumpy’s seeming disregard for everyone around him.

Despite Scott and Kristin’s disconcert over Lumpy’s seemingly rash and immature nature in his life and at their wedding, Koland’s script effectively shows how misunderstood he truly was among his friends. As the newlyweds delved into Lumpy’s life, and came to discover he surprisingly pulled away from everything that seemed important to him in the last year of his life, including law school, a shocking portrait of the best man was revealed. Labine effortlessly humanized the seemingly reckless and misunderstood screwup. After Scott and Kristin met Ramsey and she discloses her stunningly close emotional connection to Lumpy through heartfelt flashback sequences, the newlyweds are rightfully shocked to discover their interpretations of their best man are completely wrong. The revelation that Lumpy was selflessly trying to help Ramsey proved that people aren’t always right about their first impressions of people and the situations they find themselves in, which constructively helps the newlyweds realize they need to reevaluate their own perspectives on each other and their lives.

The perplexities surrounding Lumpy’s death, including Scott and Kristin’s shock and confusion over his recent lifestyle choices and decisions as they set out to find Ramsey, and the emotionally secluded teen’s reliance on him to help improve her life, was intriguingly aided by Jade Healy’s production design. ‘Best Man Down’ begins in an uplifting reception hall and hotel in sunny Arizona, showing that the newlyweds have a bright future waiting for them. But after Lumpy dies and the two begrudgingly return home to the dismal weather of Minnesota after their wedding, Healy’s created a drab, ordinary home perfectly reflects the married couple’s growing discontempt for each other’s actions. But after Scott and Kristin arrive at Ramsey’s home and witness the minimal possessions in the bleak, shabby dwelling, they soon come to realize how Lumpy’s offer to help the teen truly offered her the chance to improve her life.

‘Best Man Down’ is an emotionally relatable feature film directorial and writing debut from Koland, who realistically showcased how one person’s unexpected actions can leave a tremendous, uplifting effect on those who thought they knew him best. Long and Weixler built a believable relationship with each other in the movie, believably embodying the struggles all couples face as they try to overcome their differences. Labine’s genuine performance also effortlessly humanized the seemingly reckless person many people know in their lives, and proved that there really was a caring, thoughtful person under Lumpy’s misunderstood nature. Combined with Healy’s reflective production design that truly highlight the realistic, and at times painful, motivations of each character, the comedy-drama is a contemplative study of the drastic measures people take in conflicting times. 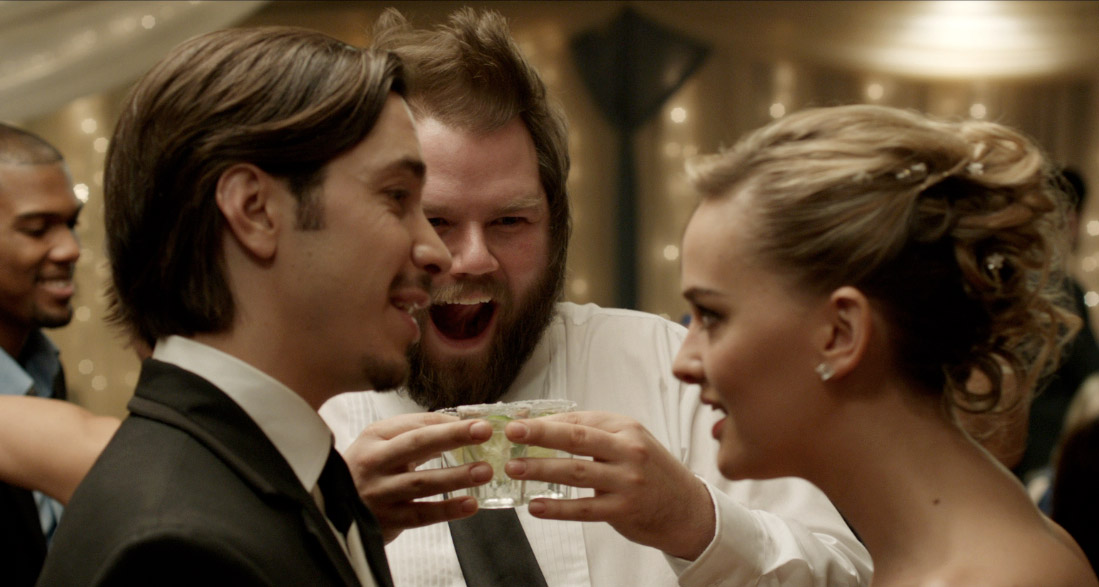