A terrifically affecting documentary from Academy Award-winning filmmaker Barbara Kopple (“Harlan County, USA,” “American Dream”) “Running From Crazy” details the long and frequently cold shadow of depression and other mental health issues, as filtered through the unique perspective of author and actress Mariel Hemingway. Receiving a theatrical release in advance of its debut on the Oprah Winfrey Network at a date to be determined early next year, this delicate, ruminative, openhearted work throws open the shutters and casts a light on a famously troubled family, making a powerful statement about some of the more forthcoming conversations we as a society should be having if we want to stem the most devastating effects of dark nights of the soul.

A premiere at this year’s Sundance Film Festival, “Running From Crazy” represents an attempt by Mariel, now 51, to come to grips with the severe depression, bi-polarity, alcohol and other substance abuse which have resulted in seven suicides in her immediate family — most notably the grandfather she never met, Pulitzer Prize-winning writer Ernest Hemingway, and her older sister Margaux, who took her own life in 1996. The youngest of three sisters, Mariel grew up on the family farm in Idaho, but dropped out of high school to follow Margaux into acting and modeling, while her oldest sister Muffet struggled with mental illness and drifted in and out of hospitals. Kopple’s film, then, intertwines amazing family archival footage with interviews and scenes from Mariel’s present-day life, as she tries using diet, exercise and therapy to stay steps ahead of what seems to be a dark family birthright.

A lot of lesser nonfiction movies about mental health issues are concerned primarily with showcasing that those suffering from certain disorders are, in fact “people too,” which is a fine and in some respects even noble endeavor, but also not always the mark of extraordinarily difficult and nuanced filmmaking. What Kopple does — and Mariel abets, being such a wonderfully candid participant — is to go a step or three beyond that. There are great scenes of familial connection here — Mariel visiting with her ex-husband of nearly 25 years, and talking with her daughters — but “Running From Crazy” showcases not only more traditional “skeletons in the closet” (drinking, sexual abuse, et al), but also a number of frank, more seemingly petty admissions (“I thought Margaux was stupid,” says Mariel) that breathe a greater dimensionality and life into the film as a whole. This is not a movie that obfuscates or pulls a lot of emotional punches, and it’s all the richer for it. For better or worse, it careens to and fro, swollen with feeling.

Notably, Kopple also includes footage shot by Margaux, seemingly mostly from 1983-84, from the latter’s own planned documentary about her famous grandfather. Some of this material is quite poignant — Margaux and Mariel’s father Jack fiddling with a fly-fishing lure while confessing worries and regrets — and fascinating in myriad, complex ways, as more layers of family damage get peeled back. But Kopple also seems to lose a bit of the pulse and heat of this material. Some of this footage from a bullfighting trip Margaux took with her dad (as well as a rock-climbing expedition gone wrong that sparks tension between Mariel and her boyfriend, stuntman Bobby Williams) is interesting but less cleanly interwoven. Still, “Running From Crazy” packs a lot of deep feeling — and it strikes a chord with the better angels of one’s nature, making them want to salve the wounds of those around them, both loved and misunderstood.

NOTE: In addition to its ongoing and forthcoming theatrical engagements in New York, Chicago, San Francisco and San Rafael, “Running From Crazy” opens this week in Los Angeles at the Sundance Sunset Cinema and the Laemmle Pasadena. To watch the trailer for the movie, visit www.Oprah.com/RunningFromCrazy. 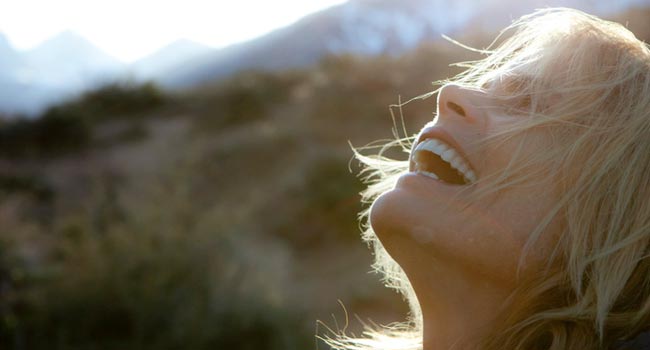