We in the U.S. do get a few arty movies from Romania, but rarely before now has a Romanian-based movie enjoyed (I use the word loosely) an American in two starring roles—plus a Dane and a Brit. “Charlie Countryman” is a prime candidate for one award nomination, and that’s the Golden Raspberry for the most dreadful movies of the year. Perhaps the whole story should be taken as tongue-in-cheek and, in fact, such an interpretation might save it from a critical and audience pan. Otherwise, it comes across as a series of episodes with few explanations, an inept use of magic realism, and an anti-hero played by a wide-eyed Shia LaBeouf who falls in love at first sight with a Romanian woman. She speaks fluent English with an Eastern European accent and goes through much of her performance as though zonked out on weed. A credit must be given to the studio’s makeup team, which manages to convert one of our most adorable actresses into a lifeless, overly painted but largely inactive zombie.

We see early on that the film deals with absurdism when the title character’s mother (Melissa Leo) dies in the hospital and then, yes after dying, counsels her son Charlie (Shia LaBeouf) to travel to Bucharest. No, she did not recommend Budapest as everyone around Charlie assumes. Or did she? On the plane his seatmate, Victor (Ion Caramitru), a Romanian fan of the Chicago Cubs, drops dead, but that doesn’t stop him from asking Charlie to deliver a gift to his daughter Gabi (Evan Rachel Wood)—a cello player who worked in a strip joint. Maybe that second profession attracted her to a local gangster Nigel (Mads Mikkelsen), who became her husband, and who gets involved with Charlie when he watches Charlie in the throes of romantic connection with Gabi.

Anyone with Gabi’s looks would not look twice at the disheveled, depressed Chicagoan, who has no idea why he is in Bucharest save for mom’s unlikely and unfortunate counsel. He looks bad: scruffy beard and uneven mustache, long hair unattractively styled, clothes that are sloppy even by the standards of American touristm. But his demeanor does allow him to become friends with two fellows in a youth hostel (Rupert Grint, James Buckley), who encourage Charlie to “experiment” with Ecstasy. That pill is more or less what anyone would need to feel a connection with those guys.

We find out that the late Romanian passenger’s love for the Chicago “Cubbies” could be a metaphor for a tape labeled Chicago Cubs 1995, an incriminating document that Nigel needs to recover and which motivates the gangster to beat Charlie to a pulp without dampening his interest in Gabi. Surprising, though. There’s no particular chemistry between Gabi and Charlie, despite their sexual embrace which comes out of nowhere even as Gabi notes that she “belongs” with Nigel. Nigel’s gangster associate Darko (Til Schweiger) specializes in shaking down tourist sin a strip joint for lots and lots of lei, specifically 9,000, which comes to $2700 in U.S. currency.

The ending is even more absurd than the magic realism. The Romanian Tourist Board is not going to like what it sees, nor will many American filmgoers be encouraged to switch their itineraries from Budapest to Bucharest. 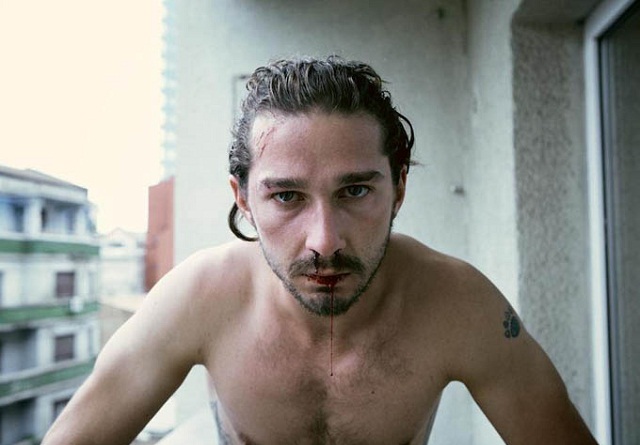