Marvel’s knee deep in Phase 2 of their cinematic universe, and fans couldn’t be happier. The latest phase opened up with the highly entertaining “Iron Man 3” and surprisingly continues on with “Thor: The Dark World.” Before I stepped into the theater to watch this film I had low expectations, mainly because I felt lukewarm on the first “Thor” movie, especially after a couple of viewings. Sure they gave us the skeletal structure of the different worlds that we would be experiencing in movies beyond “The Avengers,” but there wasn’t much else to really love about it. Thankfully Marvel fixed their mistakes and made a far more enjoyable film with “Thor: The Dark World.”

The sequel begins shortly after “The Avengers” as Thor (Chris Hemsworth) and Loki (Tom Hiddleston) return to Asgard. Loki is thrown in jail and Thor brings peace back to the 9 realms, everything as it should be. But when Dr. Jane Foster (Natalie Portman) uncovers the mysterious element aether, and is infected with it, the sinister dark elf Malekith (Christopher Eccleston) awakens after a deep slumber ready to get his hands on the powerful element. Once it lands in his hands, the 9 realms will be encased in pure darkness. So it’s up to Thor, Jane and some additional comrades to stop Malekith before it’s too late.

There were a number of mistakes made within the first “Thor” movie that were rectified right off the bat in “Thor: The Dark World,” the first being the landscape of Asgard. Director Alan Taylor and company managed to turn the small-ish world of Asgard into a massive city thriving with life around every corner. In the first movie we barely got a glimpse of the mysterious realm but, unlike in the first film, we spent most of our time off Earth. This benefits the story line greatly, turning what could be a mediocre sequel into a fun sci-fi/fantasy adventure, but not just because of the landscape. Alan Taylor certainly knows how to weave a good story together in visual terms, using some of his experience working on “Game of Thrones” to carefully bring us through this journey with the characters and share their feelings as they go through this incredible adventure.

A lot of the success within “Thor: The Dark World” has to do with the script, written by Christopher Yost, Christopher Markus and Stephen McFeely. Now that may be a lot of hands in one pot but the end result is great with this collaborative team, but there are a couple of bumps in the story. The exposition in the beginning isn’t really necessary, though it does build up how much of a threat Malekith can be. The first 20 minutes go at a snail’s pace as you impatiently tap your foot, waiting for the action to start. You know that Dr. Jane Foster and Thor are going to get tangled up in each other’s lives again due to the threat of Malekith and this whole thing with the aether, we just want them to hurry it up. 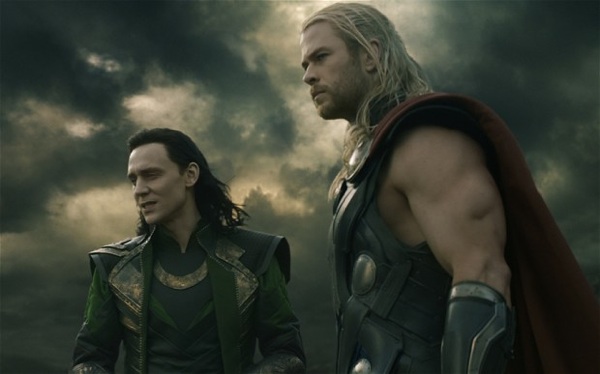 The action is a bit more heightened and consistent, unlike the first film which fluctuated in that department. It builds up, it escalates the danger and action to the highest degree, which is what we should be getting no matter what. At the same time I could do without Darcy (Kat Dennings) and most of that side story on Earth. When you’re in the middle of a big battle raging in Asgard, anything that happens on Earth pales in comparison. At least we get the comedic relief of Dr. Erik Selvig (Stellan Skarsgard) which makes the scenes on Earth all the more bearable to watch.

While Chris Hemsworth is easy on the eyes, he isn’t the strongest actor in “Thor: The Dark World.” Tom Hiddleston has pretty much made the character Loki his own with the way he plays the cunning Marvel character. The rest of the cast is rather strong, and it’s cool seeing the characters of Thor and Dr. Jane Foster evolve throughout time because of the different events that have affected them post-“Avengers” and throughout this movie, which mainly has to do not only with the script but the actors. And there is something about the overall production design that feels a bit more realistic and shiny, going hand-in-hand with the better interpretation of Asgard we get in this sequel. There’s an actual city thriving here in the height of it’s power, and “Thor: The Dark World” reminds us that the Marvel universe is so much bigger than we originally have seen.

“Thor: The Dark World” contains this wonderful balance of drama, comedy and action that surpasses the previous film. Do yourself a favor and check it out, though you don’t have to see it in 3D. The 3D does stand out at first, but it blends into the background thanks to the dark coloration and some dim lighting when we hop to Malekith’s home planet. 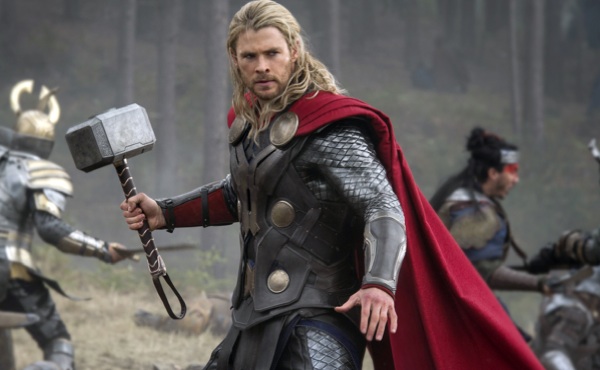