John Sayles has written and directed 18 films, almost all studded with some measure of political, social or class consciousness. Actor and activist Edward James Olmos, meanwhile, has appeared in dozens of independent productions of his own, a good number with the same sort of thematic interests. “Go For Sisters,” however, represents their first collaboration. In the movie, Olmos plays Freddy Suarez, a disgraced former Los Angeles police detective who assists two women (Lisa Gay Hamilton and Yolanda Ross), childhood friends whose lives diverged almost two decades earlier, in the search for the missing son of one of the ladies. For ShockYa, Brent Simon recently had a chance to speak to Olmos in person and one-on-one, about finally working with Sayles as both an actor and producer, and the challenges of crafting his character. The conversation is excerpted below:

ShockYa: I have to admit, I was a bit surprised to confirm that you and John had never worked together prior to “Go For Sisters.” Had you just crossed paths on the festival circuit, or how had you met?

ShockYa: Which of course makes it surprising that one of those combinations hadn’t occured beforehand.

EJO: For me too. But John has his method of working, and so do I. And we’ve respected each other but our work had never brought us together. So this time it was really quite an honor when he called me. He asked me to produce the film and I said, “Of course, are you kidding me, send it to me.” He sent it to me, I read it and called him back and said, “This is an excellent piece of work, John.” Then he asked me if I liked Freddy Suarez, and I told him I loved that character. And he said, “Will you play him?” And I said yeah. That was in February of last year.

ShockYa: “Go For Sisters” is in many ways an intimately scaled movie but it also covers a lot of ground, location-wise. It feels like a big lift — doing a movie like this on a budget, but with so many locations that are a necessary part of the road movie narrative.

EJO: Yeah, it’s a very impressive piece of work, because basically what happens is that when you realize what it takes to move even the smallest crew even 10 feet — you have to shut down everything and move. That being said, we had 65 locations in a matter of 19 days, and some days we didn’t move at all, or just once. So you knew that other days we had to move six or seven times. Even though a lot of the locations were in the same area we still had to pick it up, load it up and take it out of there. It wasn’t like just turning the camera around and moving on to the next set. It wasn’t that way at all. We had to pack up the trucks and move. So it’s a logistics nightmare, but at the same time when you’re well prepared it’s like watching one of the best combat units ever — they know exactly what they’re doing. Everything’s really connected, and there were a lot of young kids and people getting their first film experience on the shoot. So, that being said, actually, there was a lot of discomfort at times, if people forget something, or [just don’t know]. At the same time, there’s so much energy and positive feeling and love. It was a great experience — just very difficult because of the locations. We went from Los Angeles to Calexico and then from Calexico to Mexicali and Mexicali to Tijuana and Tijuana across the border back up. The heat was at 117 degrees two or three days — you couldn’t even go in the water in the swimming pool at the hotel because it was too hot.

ShockYa: There are a couple scenes before Freddy’s macular degeneration is even discussed, but it’s obviously an ever-present thing. Did you break out and annotate the script, scene-by-scene, because there are obviously certain things in scenes that Freddy just can’t see.

EJO: Giving him the degenerative disease was brilliant, just genius, because whenever you give somebody a handicap it really influences the [physicality] of the character — whether it’s a limp, a back injury, a missing arm or partial blindness in this case, whatever the situation is. It’s defining, if you really stop to think about what it takes to survive — especially if you were a very active person (like Freddy). For instance, you’re looking at me, but what if I say anything you can see inside the rim of your glasses is totally white and the only thing you can see is outside, to the periphery? …You can’t see my face, you can’t make it out. You can see that I’m sitting here, but you don’t know who I am or if I’m male or female. You can imagine what happens physically to a character if that’s all you can see {craning neck to simulate perspective}. It was a genius move on John’s part — especially a disgraced person, who was at one point very strong and noble and integrity-filled.

ShockYa: And in one or two scenes as Freddy you look directly at someone, though of course you can’t see them when you do that.

EJO: Yes! I did that a couple times, only once with Bernice (Hamilton’s character), because now she has to face the reality of me looking at her. But of course I couldn’t see her. Everything was to make the point. Freddy uses that a few times in the movie with people.

EJO: Well, it’s on the page there too. I told John, “John, what you’ve created is a hell of a character that you could do a series of films with him, or even a television series with him, because it’s really a different character — and one that people would love to [follow].” The most telling moment for me is when he tries to fire a gun, because he’s trying to point the gun but really can’t catch it. There’s a lot of frustration there for Freddy… it’s a very difficult situation to be going blind, because he [had sight] and was a very physical person, a defender or truth and justice.

ShockYa: Without giving any plot details away, how integral to the story are the movie’s border-town elements, in your opinion?

EJO: I think the story is human and character-driven that it will play anywhere on the planet and people will be able to understand the characters and what they’re facing. It’s interesting that [Variance Films has] chosen to release it the way they have, on the arthouse circuit, because I feel it’s broader than that. But that’s fine. But it will be explored and seen more 10 years from today than it was on the day that we opened it. People will be watching it years from now.

ShockYa: I feel like that’s characteristic of a lot of John’s films.

EJO: Sure, and my films as well. Some of my films are very much seen in that perspective. “Stand and Deliver” was very well received when it came out, but not as well as it is now. We just had a 25th anniversary screening for high schoolers (at the Academy of Motion Picture Arts and Sciences). I love that movie, and what it projected.

NOTE: Following its New York City theatrical engagement, “Go For Sisters” opens this week in Los Angeles exclusively at the Landmark Nuart, before a nationwide expansion from Variance Films in November and December. 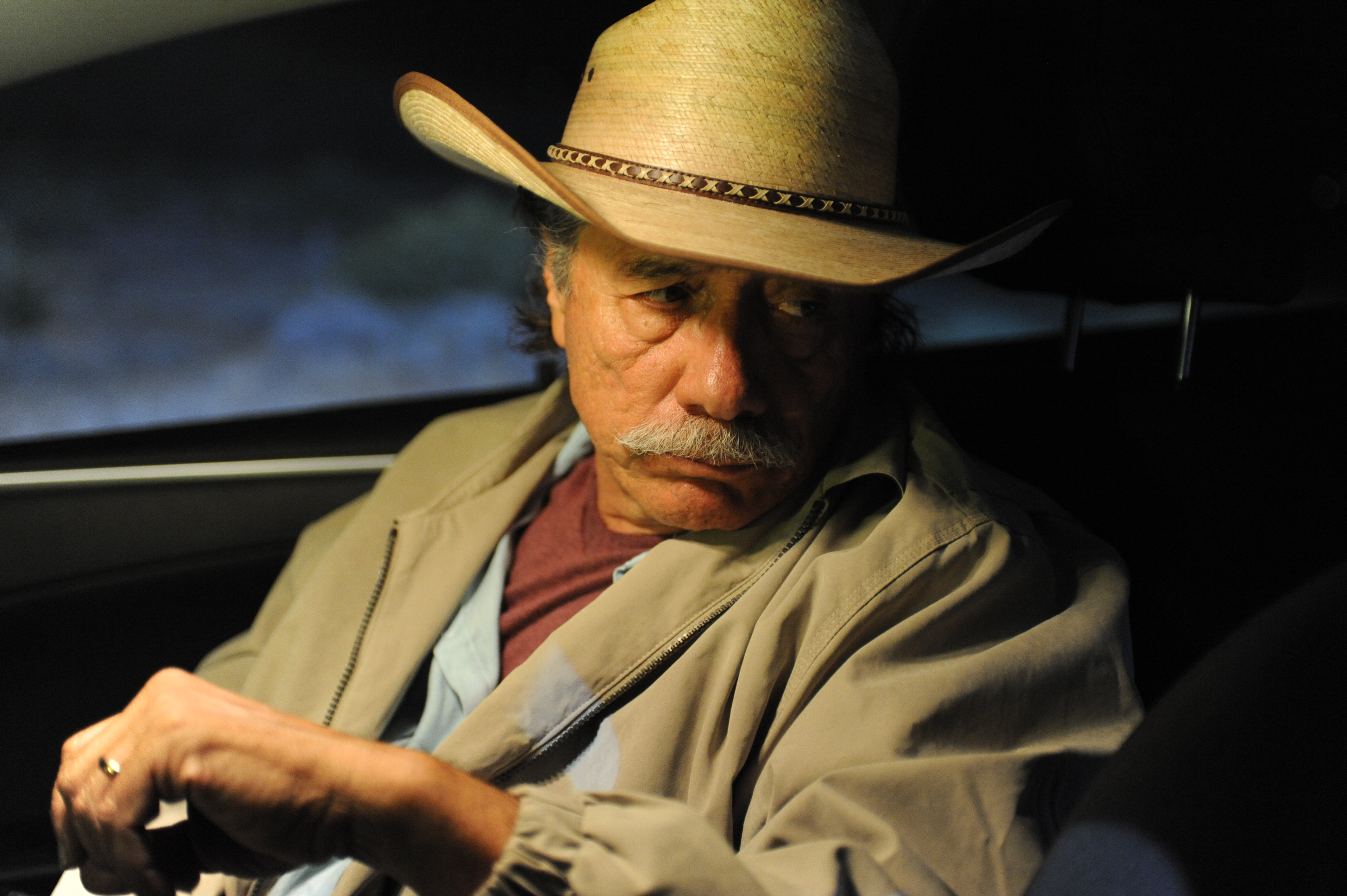