American narrative filmmaking, even of the independent variety, by and large trades on story — on events small and large, and how they impact the lives and attitudes of their characters. “The Motel Life,” starring Emile Hirsch and Stephen Dorff as a pair of deeply bonded, down-and-out brothers, has both a tragic accident at its core, as well as the sort of cover-up that usually augurs more disaster and heartbreak. But, intriguingly, this bruised, purple plum of a drama mostly connects just as a mood piece about the muddy rut of low self-esteem, and the belief that life offers no better circumstances and opportunities beyond just day-to-day subsistence.

Frank (Hirsch) and Jerry Lee Flannigan (Dorff), the latter of whom as a kid lost the lower half of one of his legs in a train accident, have been inseparable ever since their single mother died when they were teenagers. Together, they live on the margins in Reno, Nevada, working odd jobs for money that fuels their boozy, flop-house lifestyle. When Jerry Lee, driving home during a snowstorm, accidentally clips and kills a teenage boy, he’s overcome with grief and guilt. The brothers at first flee the state, but after a drunken Jerry Lee shoots himself in the leg in a measure of self-punishment, Frank sneaks him out of the hospital and the pair wind their way back to Nevada.

Adapted by Noah Harpster and Micah Fitzerman-Blue from a 2006 debut novel by Willy Vlautin, author and lead singer of the Portland-based band Richmond Fontaine, “The Motel Life” surfs along on the wounded grace of its two lead performances. He’s not tall (only 5’7″), but Dorff here seems enormously pitiable, and even more shrunken than usual; there’s an authoritative brokenness to the physicality of his performance. Hirsch, meanwhile, conveys the warping effects of worried, wary protectiveness, having long ago had to “become” the older brother, the more responsible party. There’s a quiet but strong rapport between the two actors.

Directed by brothers Alan and Gabriel Polsky, the movie meanders to and fro, but in a way that is far more pleasing and interesting than ever confounding. “The Motel Life” is narratively a different animal and gives off a different vibe, but it also tracks somewhat along the same lines of bruised sad-sackery as Wayne Kramer’s “The Cooler.” Perhaps most notably, it never succumbs to the movie you think it’s going to be.

Some strands — like the Flannigans’ friend Tommy (Joshua Leonard) convincing Frank to lay out money for a bet on the infamous Mike Tyson-Buster Douglas heavyweight title fight (yes, the film is set in 1990) — have a pinch of plebian metaphorical elegance that just rings right and true. More tenuous, however, is Frank’s unsettled relationship with his ex-girlfriend Annie (Dakota Fanning), who’s caught up in her own unpleasant circumstances.

“The Motel Life” is at its best when it’s not overthinking things, and trying to connect story points A to B to C (which, thankfully, it is not most interested in). The Polskys fold animated bits into their film, to complement the fanciful stories Frank tells Jerry Lee, who is himself a not-untalented artist. It’s unique and striking moments like these — as well as advice from Frank’s boss (Kris Kristofferson), the closest thing that passes to a man in the Flannigans’ lives — that give “The Motel Life” such an engaging, silver thread of clemency and hope amidst its griminess and grubbiness. “Make decisions thinking you’re a good man,” Kristofferson’s character intones mournfully, smart enough to know that his guidance may ultimately do no good. 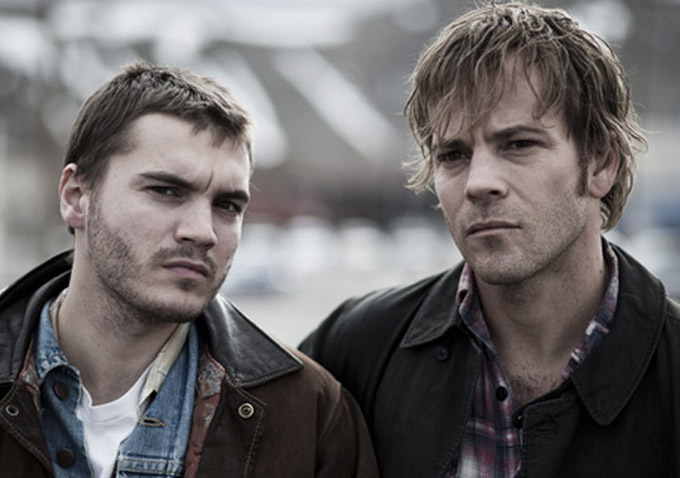