A well-meaning documentary of environmental compassion, “Pad Yatra: A Green Odyssey” details the joint trek across hundreds of miles of the Himalayas by a group of several hundred people endeavoring to spread a message of social commitment as it relates to recycling and other measures to combat climate change. While definitely not without a good number of moments of breathtaking natural beauty, this film — less call to action than bleeding-heart eco-postcard — otherwise suffers from too scattershot a focus and too stodgy a tone to sustain interest over even its concise running time.

The debut feature of director Wendy J.N. Lee, “Pad Yatra” opens in Ladakh, India (also known as “Little Tibet”), in the aftermath of a cloudburst which deposited more than two inches of rain in just 60 seconds, decimating the area with flash floods and mudslides. Loosely taking Buddhist spiritual leader Gyalwang Drukpa as its central figure, the movie focuses on a 450-mile walk from village to village by his monk-and-nun followers, as well as a number of foreign tag-alongs, collecting trash (including some 800 pounds of plastic) and culminating in the planting of 50,000 trees. Their mission is to save the planet’s so-called “third pole,” a glacial region already experiencing damaging effects of climate change.

The serene peacefulness and openheartedness of these eco-warriors (there’s even footage of them pausing to gently blow ants off a path in front of them, not wanting to step on them) has a brief palliative effect, standing as it does in such stark contrast to the self-centeredness and myopia of much of first world society. The bulk of the more pronounced impact of these environmental changes their area is now feeling are not born of regional behaviors, but they are nevertheless dedicated to taking steps to combat them, and ergo their engagement with and advocacy for the natural world is heartwarming.

Unfortunately, Lee evinces no great or native editorial instincts for blending her interview material with footage from the trek itself, and neither does she provide enough contextual information to root one’s understanding of the Drukpa lineage or tradition. “Pad Yatra” evokes awe in relation to the undertaken journey at its core, certainly, but, as yawningly narrated by Daryl Hannah, it doesn’t cohere in a meaningful way. Lee can’t see the forest for the trees, and with such an ineffective guide a viewer’s interest founders.

NOTE: “Pad Yatra: A Green Odyssey” opens in Los Angeles at the Laemmle Music Hall in Beverly Hills. For more information on the movie, visit its website at www.PadYatraFilm.com. 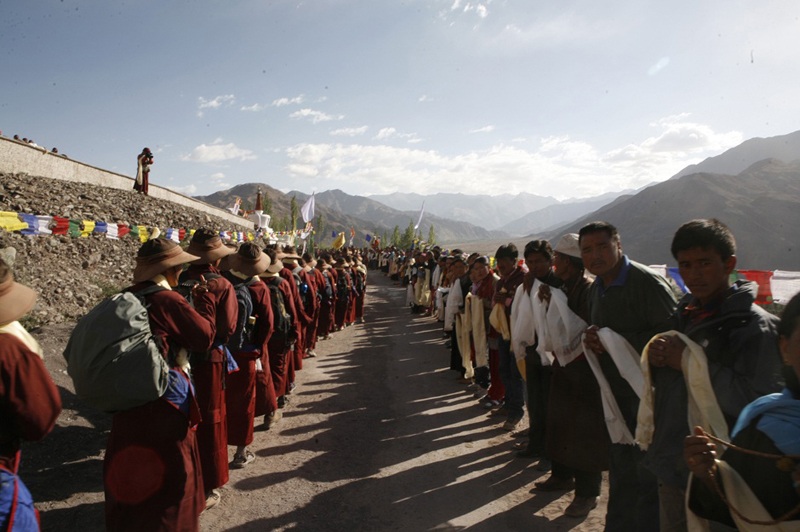