Even though sequels, spin-offs and adaptations are still the talk of the town, we’ve got a nice assortment of hot ticket items for you in this week’s Movie News Cheat Sheet.

In superhero news, Adam Driver denied rumors that he’s up for the role of Nightwing in “Batman vs. Superman,” but we did get to meet a new player in the Bat-realm, Batkid, five-year-old Miles Scott who saved San Francisco with some help from the Make a Wish Foundation. We’ve also got selection of brand new images to share, one of which offers a behind-the-scenes look at “Star Wars: Episode VII” and a gallery of others showing off Jamie Dornan and Dakota Johnson in costume for “Fifty Shades of Grey.”

Can you handle all of that, a spin-off for “The Heat,” more “Jurassic World” casting and more? Give it a go by checking out the latest Movie News Cheat Sheet.

1. Adam Driver Not Up for Nightwing?: After the large majority of the internet went nuts over the idea that Adam Driver was up for the role of Nightwing in “Batman vs. Superman,” Driver himself told Collider that the whole thing was just one big rumor. When asked whether or not he was really in the running for the role, the “Girls” star replied, “No. Not that I know of, no. If you find out, let me know, then I’ll know.” Even though Driver apparently isn’t a contender to play Dick Grayson, he’s still thrilled and grateful that we all thought he was. “That’s like intensely flattering as you can imagine. I mean, it’s Batman and Superman, who doesn’t want to be involved in something not only of that scale but of who those characters are. That’s an incredible world to be able to be in for a bit. Like who wouldn’t want to do that?”

2. WB Wants Javier Bardem for Blackbeard in “Pan:” Warner Bros. is moving forward with a new Peter Pan movie and the studio wants Javier Bardem to play the villain. As reported by Deadline, “Pan” is an origin story based on the JM Barrie classic and is about an orphan who’s taken to Neverland “where he becomes the savior of the natives and leads a rebellion against evil pirates.” Should Bardem’s deal go through, he’ll play the leader of those pirates, Blackbeard. Joe Wright is currently in talks to direct the film so hopefully we’ll get more information on casting and the status of the production once he’s officially on board.

3. “The Heat” Spin-Off in the Works: After “The Heat” scored nearly $40 million opening weekend and went on to take $229.7 at the worldwide office, a sequel was inevitable, but now there’s also talk of a spin-off. According to Deadline, Fox, Chernin Entertainment and Paul Feig are developing a film for the characters played by Jamie Denbo and Jessica Chaffin, Beth and Gina. They’re the ladies who were dating Melissa McCarthy’s brothers in the film, both of which fit in quite nicely at the raucous Mullins family kitchen table. Feig noted, “They took small roles in ‘The Heat’ and turned them into characters worthy of their own movie. I can’t wait to unleash Beth and Gina on the world. Run for your lives.” Tricia McAlpin is currently penning the script and developing the storyline with Feig and Jessie Henderson. The article also notes that the Beth and Gina film will in no way impede the sequel, so there is a chance we could have two new installments on the way.

4. First Behind-the-Scenes Photo from “Star Wars: Episode VII:” Hopefully JJ Abrams and Bad Robot keep this up as we endure the lengthy countdown until “Star Wars: Episode VII” arrives in theaters on December 18, 2015. Just the other day, the Bad Robot Twitter account ran this message – “Hi from the workshop! #StarWarsVII” – along with a behind-the-scenes photo featuring Abrams and Lucasfilm President Kathleen Kennedy spending some quality time with R2D2. There’s nothing mind-blowingly newsworthy about the image, but it’s still insight into the production nonetheless and with a project as highly anticipated as this, every little bit counts.

5. “Fifty Shades of Grey” Portraits: Unlike “Star Wars,” the new images unveiled for “Fifty Shades of Grey” seems more like a play to regain some confidence than to satiate rabid fans. After the whole Charlie Hunnam mishap and then the announcement that Universal Pictures and Focus Features uprooted the film from its August 1, 2014 slot and bumped it back to February 13, 2015, Entertainment Weekly unveiled the first shots of Hunnam’s replacement, Jamie Dornan, and Dakota Johnson in character as Christian Grey and Anastasia Steele. He’s got the tie and is looking quite dapper and she’s reenacting Anastasia’s signature move, but the reveals aren’t as wow-worthy as some might have hoped. But, then again, these aren’t two people living in a dystopian world where folks dye their skin or have supernatural abilities. How exciting could these images really be? Click here to check out Johnson and Dornan’s cover shot and first collection of photos, and here for six additional “bonus character portraits.”

6. Chris Pratt Negotiating to Lead “Jurassic World:” It looks like Chris Pratt may be picking up yet another big-name project. According to The Wrap, Universal is going after the “Guardians of the Galaxy” star for a lead role in “Jurassic World.” The outlet notes that the talks are only in the earliest stages, but also points out that “Parks and Recreation” could be his only conflict so there is a chance scheduling will work out. Apparently Josh Brolin’s negotiations didn’t go through so if Pratt does wind up making it official, he’ll join Bryce Dallas Howard, Nick Robinson, Ty Simpkins and Irrfan Khan from “Life of Pi” in front of the lens for Colin Trevorrow.

7. Na na na na na na na na na na na na na na na na BATKID!: The Make-A-Wish Foundation is an incredible organization, but it just outdid itself with operation Batkid in San Francisco. Miles Scott has been battling leukemia since he was two and now, at the age of five, he’s finally in remission. In an effort to make Miles’ ultimate dream come true, the Make-A-Wish Foundation didn’t just introduce him to a guy in a suit or even put him face-to-face with Michael Keaton or Christian Bale, but rather the charity filled San Francisco with crimes so that Miles, dressed as Batkid, could swoop in and save the day right alongside his favorite caped crusader. The Guardian has a great rundown of the event worth checking out, but if you’ve got some time, simply Google “Batkid” and you’ll get a wealth of material that’s bound to warm your heart.

8. Release Date Shuffle: It’s pen and paper time (or iCal time). There’s been quite a bit of release date twisting and turning, and a number of the changes are worth noting. The Weinstein Company snagged release dates for the Keanu Reeves and Rachel McAdams-starrer, “Passengers,” as well as “Paddington.” The sci-fi feature will arrive on April 3, 2015 while everyone’s favorite marmalade sandwich-loving bear will grace the big screen on December 12, 2014. First Lionsgate plopped “Hercules: The Legend Begins” down in the February 7, 2014 spot, but just the other day, the company picked it back up and reassigned it to January 10, 2014 instead. Sony did quite a bit of rearranging as well. The supernatural creature mash-up, “Kitchen Sink,” moved from October 24, 2014 to January 9, 2015 and “Sex Tape” got bumped back a month, moving from July 18, 2014 to August 1, 2014, snagging the recently vacated by “Fifty Shades of Grey.” That one will now be a Valentine’s Day weekend 2015 release where it’ll have to fend off “The Longest Ride” and “SpongeBob SquarePants 2.” Sony also moved “Beware the Night” from January 16, 2015 to July 2, 2014, likely hoping to capitalize off of the summer success of this year’s “The Conjuring.” Fox has a number of projects moving around, too. “Assassin’s Creed” shifted from June 19, 2015 to August 7, 2015, “The Fantastic Four” took that June 19, 2015 slot and Paul Feig’s “Susan Cooper” just claimed a May 22, 2015 release date. (via Box Office Mojo)

9. Trailers: “Divergent,” “Maleficent,” “Noah:” The first full trailer of what could be the next hot YA-to-film property has arrived and fortunately, it’s a far more appealing promo than that first teaser. Whereas the teaser presented the narrative basics in a way that made them feel like homework, this new trailer does so by rooting the information within honest emotion, visceral action and a compelling look at the general chain of events. As expected, the first teaser for “Maleficent” leans heavily on Angelina Jolie’s star power, but, unlike most promos that milk their big-name cast, this one does so to great effect, creating a highly successful build before revealing Jolie as one of Disney’s most iconic villains. Even though the first full trailer for Darren Aronofsky’s “Noah” is slow to start, the gorgeous imagery is more than enough to carry you through to piece’s more engaging material and leave you thrilled to catch more of the epic come March 28, 2014.

10. Box Office: As expected, “Thor: The Dark World” continued to dominate the competition, dropping just 55.1% and enjoying a $38.5 million second weekend out, but surprisingly, “The Best Man Holiday” wasn’t all that far behind. The sequel even managed to come quite close to the first film’s highly impressive $34.1 million opening with $30.6 million of its own. “Last Vegas” continues to stretch its legs, dropping just 19.8% for an $8.9 million weekend three haul while “Free Birds” inches its way down as well, slipping just 25.3% for an $8.3 million third weekend out. “Bad Grandpa” continues to prove it’s got some serious staying power, too. After taking a minimal 32.3% hit, it got to take another $7.7 million to the bank, bringing its domestic grand total to $90.2 million, a rock solid performance on a mere $15 million production budget. (via Box Office Mojo) 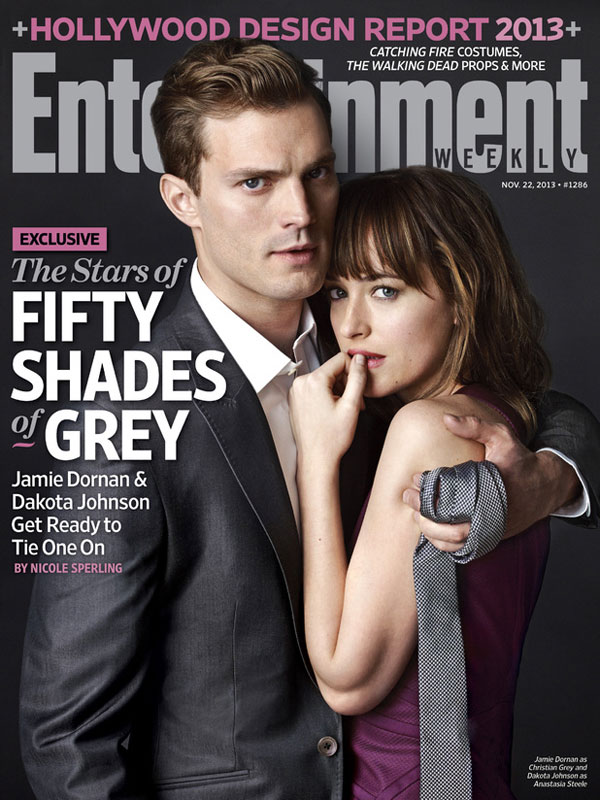