AMC could be bringing the graphic novel ‘Preacher’ to their slate. The network has reportedly ordered the pilot with Pineapple Express and 50/50’s Seth Rogen on board to possibly star and produce with his partner Evan Goldberg. ‘Preacher’ comes from writers Garth Ennis and Steve Dillion. The story revolves around a Texas preacher by the name of Jesse Custer who loses faith after he is possessed by a Genesis, a supernatural creature that is described as a half demon, half angel who kills off his entire congregation. Custer is left with the power to manipulate others with his words. After losing everything he knows, Custer and his girlfriend Tulip, joined by an Irish vampire Cassidy ventures out to explore America.

AMC is eying the project with the hopes of filling the void left behind by Breaking Bad and Mad Men. Not much else is known regarding the project at this point with tweets by Seth Rogen indicating that the pilot commitment could be true. “Looks like about seven of years of hard work are about to pay off. I may get to bring one of my favourite stories ever to life,” Rogen shared. Additional details are sure to be on the way as the project moves forward with any luck. 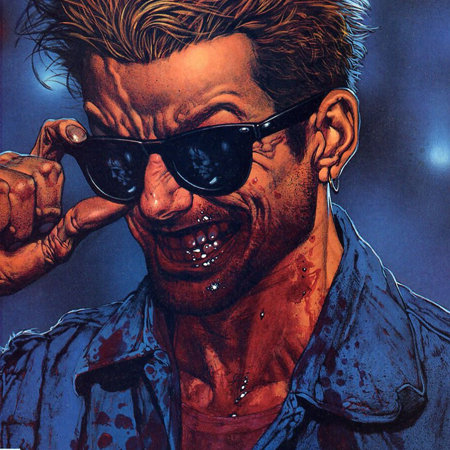