There’s a good chance things will slow down as we creep closer to Thanksgiving, but for now, the movie news keeps on flowing.

There’s talk of Norman Reedus joining the remake of “The Crow” and a rumor floating around that David S. Goyer might adapt “The Sandman,” possibly with Joseph Gordon-Levitt taking the lead role. We’ve also got reports that Sony may have Spider-Man spin-offs in the works and a list of potential titles Warner Bros. may be considering for the Batman/Superman film.

Interested in checking out the details on those stories and getting a double dose of new promos? You’ve got all of that and more coming your way in this week’s Movie News Cheat Sheet.

1. Norman Reedus May Join “The Crow:” Now that the remake of Alex Proyas’ “The Crow” has its Eric Draven (Luke Evans), it’s on to the supporting roles. As reported by Schmoes Know, Norman Reedus is currently the top choice for the role of James. There’s no one named James in the 1994 release and Schmoes Know doesn’t offer any details, so it’s a toss up whether the part would place Reedus on team Draven or with the band of thugs responsible for his demise. The outlet also notes that the filmmakers were after Kristen Stewart for the role of Eric’s fiancée, Shelley, but that that idea has since been abandoned.

2. Are Spider-Man Spin-Offs in the Works?: As reported by The Wrap, Spider-Man spin-offs may be on the way. During a presentation to investors, Sony Pictures Entertainment Co-Chairman Amy Pascal announced, “We are going to access Marvel’s full world of Spider-Man characters, so be on the lookout for new heroes and villains.” Unless Pascal elaborated and The Wrap didn’t include the full quote, that statement in and of itself doesn’t scream spin-off, but accessing the full world of Spider-Man characters could mean anything, so it’s certainly within the realm of possibility – especially if “The Amazing Spider-Man 2” comes anywhere near the first film’s $262 million worldwide theatrical run.

4. “Best Man Holiday” Gets a Sequel: When you open with $30 million on a $17 million production budget, you’re going to get a sequel and, sure enough, according to Deadline, Universal is moving forward with a “Best Man Holiday” follow-up. The outlet reports that Malcolm D. Lee is currently in negotiations to write, direct and produce again. No word on whether or not the ensemble cast will return too, but Deadline does note that there might not be options in play so it’s possible that demands for bigger paychecks could become an issue.

5. “The Purge 2” in June 2014 & “Insidious 3” in April 2015: Two 2013 horror hits just scored release dates for their next installments. The first out of the gate will be “The Purge 2,” which is locked for a June 20, 2014 debut, pitting it against “Jersey Boys” and “Think Like a Man Too.” James DeMonaco will return to direct the sequel to his summer hit, which cost just $3 million to make, but scored nearly $90 million worldwide. Even though “Insidious Chapter 2” managed to snag $40 million opening weekend back in September, Focus Features is opting to release the third film in April, just like the 2011 original. Thus far, on April 3, 2015 “Insidious Chapter 3” will have to face the Keanu Reeves/Rachel McAdams-starrer, “Passengers.” (via Universal Pictures & Focus Features)

6. “It’s a Wonderful Life” Sequel in the Works: Variety recently revealed that Star Partners and Hummingbird Prods. are moving forward with a sequel to Frank Capra’s “It’s a Wonderful Life.” They’re calling the project, “It’s a Wonderful Life: The Rest of the Story,” and plan to bring back Karolyn Grimes to play an angel who shows George Bailey’s (James Stewart) grandson what life would be liked if he were never born. If you’re thinking – Really? – you’re not alone. A rep from Paramount Pictures, told EW.com, “No project relating to ‘It’s a Wonderful Life’ can proceed without a license from Paramount,” and, “To date, these individuals have not obtained any of the necessary rights, and we would take all appropriate steps to protect those rights.” According to that Variety article, Allen J. Schwalb of Star Partners and Bob Farnsworth of Hummingbird plan to shoot the film in Louisiana on a $25-$35 million production budget and have the final product ready for the 2015 holiday season – but clearly that’s pending Paramount’s blessing.

7. David S. Goyer & Joseph Gordon-Levitt to Team Up for “Sandman?:” According to Badass Digest, “Batman vs. Superman” scribe David S. Goyer is currently pitching an adaptation of Neil Gaiman’s graphic novel, “The Sandman,” to Warner Bros. Apparently Joseph Gordon-Levitt is also on board and while there’s no word on whether or not he’ll be in front of or behind the camera, if not both, there’s speculation that he could star as the lead character, Morpheus, the member of the Endless responsible for creating dreams for those who are sleeping. The outlet cautions that the project is only in the “most vestigial of stages” and even though “the studio has been very receptive,” there’s still a chance the project will not advance.

8. Trailers: “Nymphomaniac,” “Vampire Academy,” “Muppets Most Wanted:” The first trailer for “Nymphomaniac” is unprecedented – in that shocking yet intriguing Lars Von Trier kind of way. The film features Charlotte Gainsbourg as Joe, a self-diagnosed nymphomaniac who recounts eight chapters worth of stories from her life, and based on this trailer, the large majority of those stories are deserving of the their NC-17 rating. The first full trailer for the book-to-film adaptation of “Vampire Academy” is a strong step forward for the marketing campaign, but the piece still can’t compare to the material unveiled at New York Comic Con back in October. This promo has sass, but it doesn’t have half the amount of momentum of that NYCC edition and it’s unfortunate because that’s the kind of energy that’s going to appease fans of the books and reel in newcomers. The first full trailer for “Muppets Most Wanted” dropped this week too and even though a handful of jokes are plain old unfunny, in the context of the Muppet world, they work well enough to both boost your mood and put a smile on your face. What more could you want from a Muppet movie?

9. Even More Trailers: “Devil’s Knot,” “Best Night Ever,” “Need for Speed:” The first trailer for Atom Egoyan’s West Memphis Three movie, “Devil’s Knot,” is here and while it does pack a punch courtesy of its true roots, the promo itself doesn’t have all that much momentum, making certain scenes and lines of dialogue feel a bit melodramatic. On the total opposite end of the spectrum, we’ve got an absolutely outrageous trailer for the bachelorette party shaky cam movie, “Best Night Ever.” The little narrative the piece has is very familiar, but the jokes within it are so hilarious and extreme, you’ll want more of this Las Vegas blowout. Last up for this week’s extended edition of the trailer segment(s) is the first full trailer for “Need for Speed.” Like the teaser, the visuals here are stunning and the darker tone works, but beyond that, there’s nothing to suggest it’ll offer anything the “Fast and Furious” franchise hasn’t already.

10. Box Office: Not only did “The Hunger Games: Catching Fire” blow away the competition at the box office, but it also trumped the first film’s $152.5 million start with a whopping $161.1 million of its own, making it the highest opening November release ever. “Catching Fire” got the better of “Thor: The Dark World,” likely contributing to its 61.4% drop, which left it with just $14.1 million for its third weekend out. Good thing Universal already announced that “Best Man Holiday” sequel, because last weekend’s big winner took a hefty 58.4% hit, leaving it with just $12.5 million for its second weekend in theaters. Poor Vince Vaughn is in even worse shape. After “The Internship” opened with a minimal $17 million back in June, “Delivery Man” only managed to accumulate $8.2 million on a weak $2,706 per theater average. “Free Birds” is the only film that managed to escape “Catching Fire’s” flames, retaining about 65% of its weekend three profits and adding another $5.3 million to its domestic grand total, which is now just north of $48 million. (via Box Office Mojo) 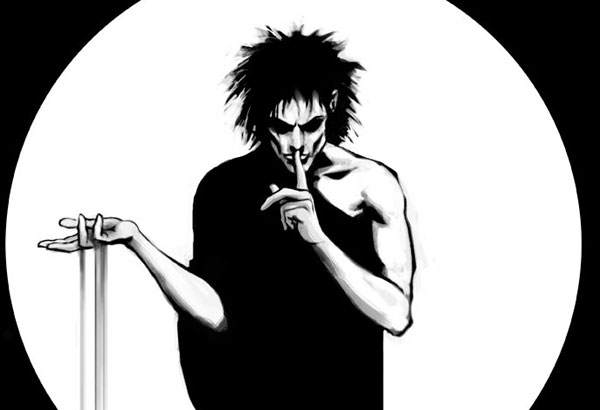