Miranda Otto has co-starred in huge, international blockbusters (“The Lord of the Rings,” “War of the Worlds”), but retains an easygoing charm — and, indeed, even a pinch of anonymity. That latter quality served her well when it came time for Brazilian filmmaker Bruno Barreto to cast the starring role in “Reaching for the Moon,” a smart, well-ordered period piece drama about American poet Elizabeth Bishop’s tempestuous lesbian relationship with Brazilian architect Lota de Macedo Soares (Glória Pires). For ShockYa, Brent Simon recently had a chance to speak one-on-one and in person with Otto, about the film, Bishop’s ingrained pessimism and the perils of playing drunk. The conversation is excerpted below:

ShockYa: I remember hearing a little bit about Elizabeth Bishop from a college literature and poetry class, but literally the only thing I recall is her being viewed or seen as standing apart from contemporaries, because of not embracing any feminist label. Were you familiar at all with her work prior to the movie?

Miranda Otto: Yeah, she refused to be in an anthology of women’s poetry, saying, “I’m just a poet, I don’t want to be marginalized, and don’t feel the need to be in a book of women’s poems.” She very much tried to avoid being boxed in, and wanted to give her poems as much breadth as possible. But no, I didn’t know Elizabeth Bishop at all before reading the script.

ShockYa: When you have a part like this that is a real-life character, but looking a very specific and prescribed time period in her life, how do you juggle defining past events in her life and decide what to put into your basket, as it were, while you’re going about building the character?

MO: I like to know as much as I possibly can, particularly if it’s a real person. I want to know everything, so I read voraciously, as much as I could get my hands on. I feel like with most things you research and then kind of throw it all against the wall and work out what sticks and what is actually going to have resonance for the film. I know I threw a lot of things at Bruno, saying, “What about this and this?” I relied on him to say, “We can’t do that, that won’t work here, yes that’s good I can use that.” I like to be able to bring in a lot of ideas and then be edited on those if they’re not going to work in the film. I liked the idea of her, at the beginning, having an ambiguity. I don’t like to tell everything about a character in the beginning, I like characters who continue to develop and surprise the audience. And I liked that in the writing here — that it wasn’t clear at first what her story was or who she was. I wanted to foster that as long as possible.

ShockYa: I was struck by something Elizabeth says to Lota in an argument: “I already have a commitment: pessimism. Pessimism never lets you down.” Do you think she was serious, and if so how long did it take her to come to that realization?

MO: Hmmm, many a true word is spoken in jest. I think that she — as a person, or at least within the time period in this film — was more able to deal with loss because of the amount of loss that she had suffered all of her life. So a commitment to pessimism to me I guess means that she’s sort of half-thinking all the time that things won’t go right, and therefore she won’t be disappointed. I think she does hedge her bets a little at times, she does think that things may not work out. She kind of sees the end of their relationship before Lota does.

ShockYa: For so many films featuring a character who is an alcoholic, that’s the defining characteristic or trait of their personality. And of course being an alcoholic or addict you can be functional and very successful in any avenue of life. This film didn’t make her this rolling disaster, to the point where it takes over the film. Was that a concern at all going in?

MO: Good, yes, because I really didn’t want to do too many drunk scenes where it became boring. Playing drunk is always a risky area for actors. (laughs) There’s so many different stages — there’s the witty stage, the amorous stage, there’s the piteous stage, the self-pitying stage. The main thing to me was to try and show some different color, because you wouldn’t want in every scene to be just belligerent drunk or something. My husband says there are four stages of drinking. One is you know everything, the next one is you love everybody, and then you think you’re invisible. And the fourth one is all of them at once, I believe. (laughs)

ShockYa: Was the alcoholism a substantive influence upon her personality, though, in your opinion, either in the era that we see in the film, or later?

MO: Well, her mother was taken to a mental institution when she was five years old, and she worried her whole life that she would go mad. That was her great fear in life, that she had to keep a grip on things. I was actually doing another film where I did a lot of research about mental illness, and I started to wonder whether the alcohol was a sort of self-medication in a way. Maybe it stopped her from going mad, maybe it was her way — you see, her sensitivity was so high, she was an incredibly sensitive person, which comes across in her poems. I thought in retrospect that if she hadn’t been an alcoholic she might have tipped over to the other side and that maybe that was her way of letting the pressure off in some way. There was a great story about her in New York, in the late 1940s, where she had this argument with a guy in a kitchen at a party about the importance of beauty, and he was saying that beauty was an unimportant characteristic in life and she was so upset by this — because beauty was so important to her in her life, which you can see in the things she collected, and in her work — that she poured a huge glass of gin and knocked the whole thing back. She couldn’t deal with his insensitivity to something that was so incredibly important to her.

ShockYa: Bruno has praised the way you retained Elizabeth’s edge, and didn’t tip over into making her sympathetic and too nice.

MO: Well, it was written in the way that she was socially awkward, and did say the wrong thing at times. Those things were there, and part of the character in the script, and I really liked that, because there are other shades to it as well. I didn’t want to lose those shades — the difficult bits. I really liked the flaws, I guess.

ShockYa: What was the experience like taking the movie to the Berlin Film Festival?

MO: That was fantastic, because I hadn’t seen the film finished and I remember at the beginning all the cards for financiers went on for a very long time, because this film had been pieced together with money from lots of different people. We were sitting there and you could feel the audience start to shuffle, and then they started to laugh, and I was sitting next to Bruno (laughs) like, “Oh no, this is going to be the longest two hours of our lives!” And then at the end of the film the applause and reaction was huge, and I’m thinking, “This is a movie in English and Portuguese with a predominantly German audience!” But they laughed at all of Lota’s jokes, they got everything. It was overwhelming, and I was close to crying. 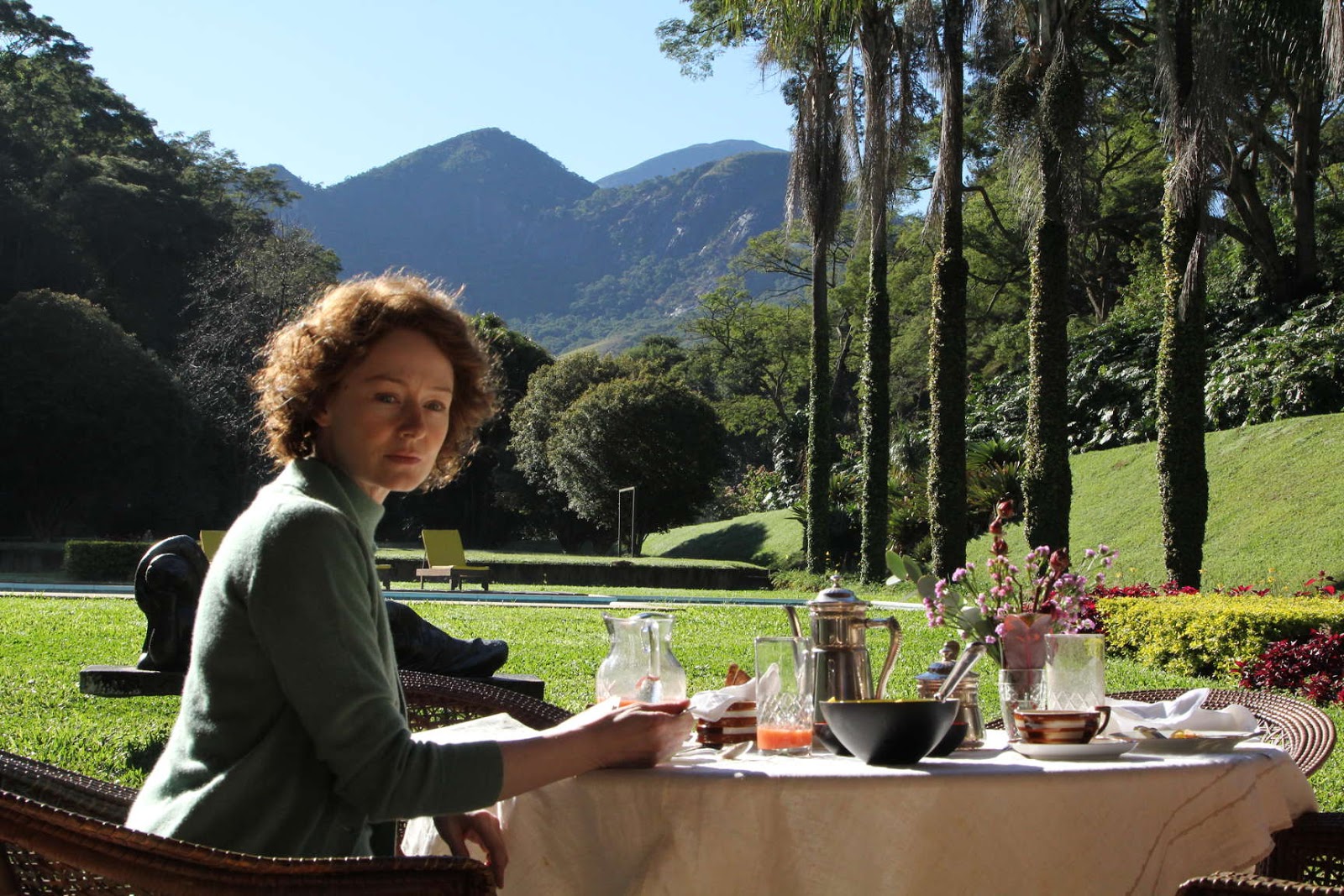