“American Hustle” already looks like it’s going to be one of the best films of 2013. If you’re ready to travel back to the era of disco, check out this video from Vanity Fair featuring their January cover star, Amy Adams.

Adams sat down with Vanity Fair’s senior West Coast editor, Krista Smith to talk about how her husband reacted to her love scene (hint: it’s amazing) and Bradley Cooper with hair curlers. Adams also discusses something I’ve always wondered about–how she and Isla Fisher feel about being mistaken for one another.

“A fictional film set in the alluring world of one of the most stunning scandals to rock the States, American Hustle tells the story of brilliant con man Irving Rosenfeld (Christian Bale), who along with his equally cunning and seductive British partner Sydney Prosser (Amy Adams) is forced to work for a wild FBI agent Richie DiMaso (Bradley Cooper). DiMaso pushes them into a world of Jersey powerbrokers and mafia that’s as dangerous as it is enchanting. Jeremy Renner is Carmine Polito, the passionate, volatile, New Jersey political operator caught between the con-artists and Feds. Irving’s unpredictable wife Rosalyn (Jennifer Lawrence) could be the one to pull the thread that brings the entire world crashing down. Like David O. Russell’s previous films, American Hustle defies genre, hinging on raw emotion, and life and death stakes.” 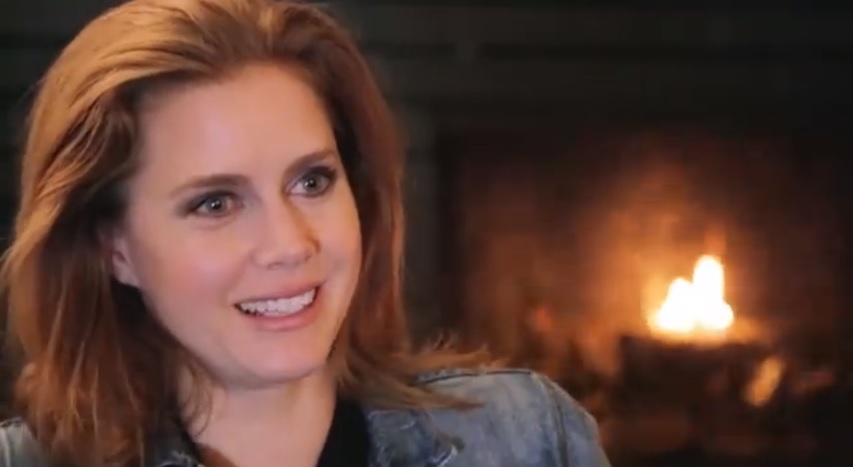