The new heart-stopping trailer for the upcoming horror film ‘Devil’s Due’ has been released by 20th Century Fox. The trailer for the movie, which was directed by Matt Bettinelli-Olpin and Tyler Gillett, premiered on Yahoo! Movies. ‘Devil’s Due,’ which is set to hit theaters on January 17, 2014, stars Zach Gilford and Allison Miller.

20th Century Fox has released the following synopsis for ‘Devil’s Due,’ whose script was written by Lindsay Devlin:

After a mysterious, lost night on their honeymoon, a newlywed couple finds themselves dealing with an earlier-than-planned pregnancy. While recording everything for posterity, the husband begins to notice odd behavior in his wife that they initially write off to nerves, but, as the months pass, it becomes evident that the dark changes to her body and mind have a much more sinister origin.

For more information on ‘Devil’s Due,’ visit the film’s official website, as well as it’s Facebook and Twitter pages. Check out the film’s new trailer below. 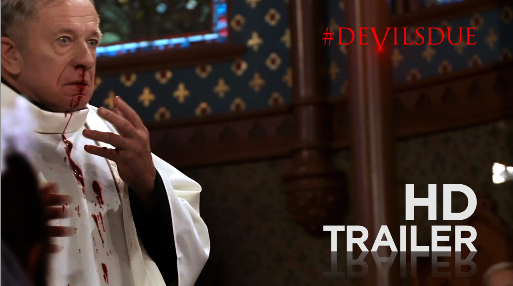