Writer and director Richard Schenkman has had a varied career, encompassing romantic comedies, science-fiction and, more recently, a number of horror movies. His latest film is “Mischief Night,” a home invasion thriller in which teenager Emily (Noell Coet), still suffering from psychosomatic blindness brought about by a traumatic car accident that claimed her mother’s life nine years earlier, finds herself home alone and terrorized by a masked stranger (or perhaps more) on the night before Halloween. For ShockYa, Brent Simon recently had a chance to talk to Schenkman one-on-one, about his movie, what he loves and hates about the casting process, the state of independent filmmaking, and the script he co-wrote with Jon Cryer but can’t get made. The conversation is excerpted below:

ShockYa: Have you ever had a chance to direct action involving a character who is blind — where you’re trying to strike a balance between something exciting, but also convincing and true to a character who is in an environment with which she isn’t familiar?

Richard Schenkman: Well I’ve definitely done action before. Even “The Pompatus of Love” had action, believe it or not — there’s a whole sequence where a guy has fallen off the edge of a roof and he’s dangling by his jacket very precariously, and our heroes have to decide to climb down a drain pipe and rescue him. And that was a pretty intense action scene, even in the middle of a relationship comedy. And then in “Abraham Lincoln Vs. Zombies” I was definitely going for some intense, dark, scary scenes — but you’re right, I’ve never done the blind action before. And that presents its own opportunities and challenges. The opportunity, of course, is the classic Hitchcockian suspense paradigm, where the audience knows what the protagonist doesn’t know — like, you know, when Hitchcock says, “Don’t talk about baseball, there’s a bomb under the table.” So the audience knows he’s right there — we can see [the intruder] and she can’t — and so we feel so much tension for her, because we’re wondering when she’s going to find out that he’s there, or whether she’s going to find out before he does some horrible thing.

ShockYa: Tell me about the scripting process — you a share credit with Jesse Baget, is that right?

RS: My friend Eric Wilkinson, who I produced “The Man From Earth” with, is a lifelong fan of horror and suspense and all that, to the point where he actually created a horror label at the company he was working for up until recently. So he got into the business of acquiring genre pictures for this label, and that’s how he met Jesse. Jesse is a young, very talented and productive filmmaker, primarily of these sorts of genre pictures. So Eric and Jesse cooked up this story and pitched it to Image, and they said they would buy it. So Jesse very quickly turned around and wrote a first draft of the story with most of the action beats and the whole basic scenario in place — including Emily’s blindness and the intruder and all that. And then they brought the project to me and asked if I wanted to direct it, and I said sure, so I did a rewrite, which kind of involved finishing the script and also adding a lot of the first act — establishing the characters and [their relationships]. And then we very quickly went into pre-production, and shot and made the movie, because we realized we wanted to get it out for Halloween.

ShockYa: In any horror movie or home invasion thriller, you’re likely to have elements that elicit an audience talking back to the screen at certain points. In “Mischief Night,” I think one of the things people might respond to is just how terrible the voice recognition technology of Emily’s cell phone is. Was that integral to early drafts of the screenplay, where you’re not necessarily playing it for comedy, but using it to have some dark fun?

RS: Certainly you want to have fun. You want to have fun, but stay within the reality of the story, I guess. You don’t want to stand outside of the story and say, “Wink, wink, this is just a movie — isn’t it fun?” You want the fun to arise from within the reality of the story, which is why you want as much reality as you can. In one of the recent interviews somebody asked me if I made up conversion disorder. And of course I didn’t. I vetted all of the scenes [between Emily and her therapist] with an actual therapist, to make sure that my research was right, and the language was the way a therapist would really talk to a patient, because you want to ground the thing in as much reality as you possibly can. The audience knows what the more fanciful elements are, but I don’t think the things that should be real should play as fanciful, if that makes sense. So with regards to the phone, if things are going to go wrong (for your character), I think it’s more fun if the types of things that go wrong are things that any audience member could identify with.

ShockYa: In terms of casting Noell, what sort of traits were you looking for?

RS: Well, I was looking for her — somebody who could play 17. And in fact when we shot the movie Noell was only 18, barely. I was looking for somebody who could play blind, and play all the drama, but also play the humor and charm — which was harder to find. I ended up seeing so many people, it really took a long time. And then you needed to cast Emily against the father (Daniel Hugh Kelly), and make sure that she could believably be his daughter and there was a genuine chemistry between them. And not to dwell on the physical, but you wanted someone pretty — someone we would like in that way — but at the same time you didn’t necessarily want Megan Fox, you know what I mean? You want someone who’s pretty but also has a girl-next-door thing happening.

ShockYa: Someone sympathetic, sure. As a quick sidebar, is casting enjoyable for you, or not? I’ve talked to plenty of directors who’ve described it as a certain form of torture, because you realize that there’s all this talent out there that may not be quite right for the certain part they’re casting, and that can engender sadness or depression.

RS: Yeah, it’s funny, I’ve spoken to directors who love casting — they love the process and would stay in that forever if they could. I really go back and forth. On one hand I do find it torturous, on both ends of the scale — I find it torture to have to sit through performances that are terrible, where the people just don’t get it or don’t have any talent and are deluding themselves. And on the other side I find it torture when you have three or four people who are great for the role, and you’re put in the horrible position of having to pick one. And what exactly is going to be the yardstick by which you pick them? The other thing that I do like about the casting process, though, is that it’s the first time to really hear the words spoken aloud, and you really start to see the scenes come alive. That can be incredibly instructive — letting you know either that a given scene really works, or that it’s too long, and you get everything you need from the first three lines. I kind of use it as a cheap and sneaky test of the script as well.

ShockYa: Wrapping up, you mentioned “The Pompatus of Love,” and I remember seeing both that and another film of yours, “Went To Coney Island on a Mission From God… Be Back By Five” —

RS: Oh, I’m glad you saw that, thank you — that’s actually my favorite of my movies.

ShockYa: You also mentioned “Abraham Lincoln Vs. Zombies,” which I haven’t seen. But I’d be interested in your perspective — having a career that spans several decades — in writing to the commercial market, of having to devote a portion of your mind to what is commercial and can sell. Obviously people in creative fields want and need to keep working, but market forces dictate what types of films are often going to be more easily financed. How have you juggled those elements throughout your career?

RS: Well, the way I’ve juggled it, generally speaking, is that I get an idea or am working with a partner who has an idea, and then spend months or years writing the script, and then we turn around and either sell the script or try to get the movie set up. And I’ve been routinely surprised and shocked and disappointed at the really good material that doesn’t get made. I mean, I have a script I wrote with my friend Jon Cryer called “Cosmodrome” that is easily the best writing I’ve ever done in my life. It’s basically “The Hunt for Red October” meets “Apollo 13,” and we can’t get that movie set up, for no good reason. It’s better than almost anything that gets made almost any year. I’ve written a couple comedies — one with Jon, one with my friend Mark Rappaport — that are very funny scripts that haven’t sold. Then you get to make “Abraham Lincoln Vs. Zombies” because The Asylum says, “We have a title, we have a start date — write this movie and go make it.” And so you do that. In the case of “Mischief Night,” Eric and Jesse had the idea, pitched it to Image, and [they] said, “Great, we’ll buy that movie if you can deliver it for this amount of money.” So it just became a question of writing and delivering it for that amount of money. And that’s the same with the movie that I hope to do next. I pitched the idea, they said, “Great, we can use a western if you can keep it to this budget.” So I wrote to that budget, and I’m going to go make it — it looks like it will be my next movie.

NOTE: “Mischief Night” is available on DVD and digital download on Tuesday, December 17. The former format includes a special behind-the-scenes featurette with interview material with Schenkman, Coet, the film’s producers and more. 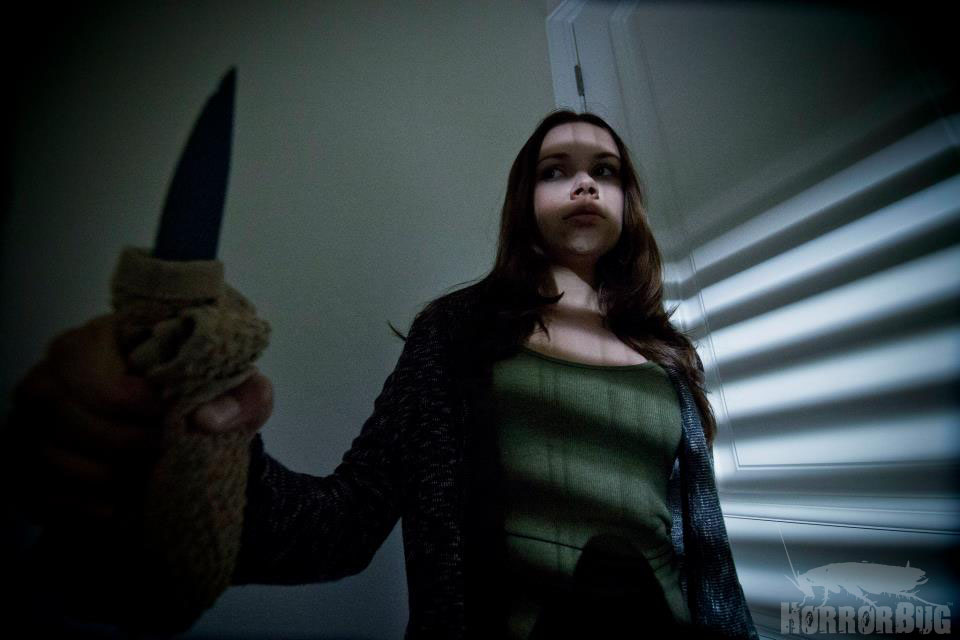