Sabotage Gets A New Poster

“Leave No Loose Ends.” David Ayer’s new movie “Sabotage” looks to be action-packed one! While the new film will not hit theaters until April 2014, anticipation and excitement are quickly building for the new action movie starring Arnold Schwarzenegger. Open Road released a new poster (via IGN) that features its cast in glorious action.

David Ayer is best known as the writer of the Academy Award winning film “Training Day.” He later started a career as a director with the films “Street Kings” and “End of Watch.” His films are always fierce, brooding, and full of bullets. Read “Sabotage’s” synopsis below:

“A team of Drug Enforcement Administration operatives, led by John Wharton (a.k.a “Breacher”) is sent to bust the safe house of a drug cartel, although the main and actual motive is to pocket millions of dollars worth of loot. With the money safely hidden, the squad thinks that their secret is safe – until a mysterious assassin starts assassinating the team members one by one.” 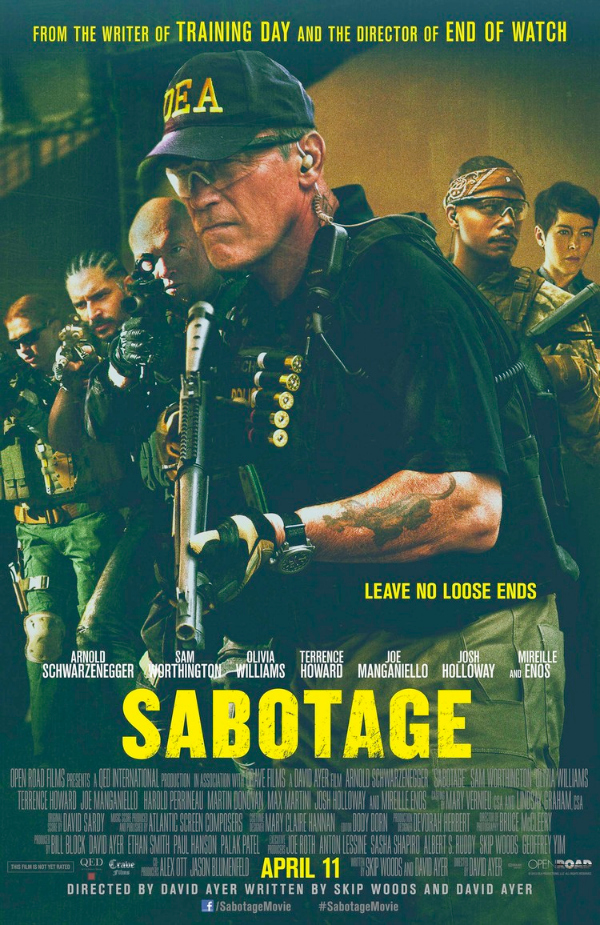