Striving to truthfully chronicle the reality that has propelled not only your career, but also your personal relationships, is an not only true for the characters in the crime drama, ‘American Hustle,’ but also the film’s scribe, Eric Singer. The movie, which is based on the true story of the FBI ABSCAM operation of the late 1970s, details how a con man was struggling to live on the fringes of both government organizations trying to eradicate crime, and criminals aiming to succeed in a world of corruption. Singer worked to accurately showcase the balance between the lawmakers and offenders in the critically acclaimed film, which was directed by David O. Russell.

‘American Hustle’ follows brilliant con man Irving Rosenfeld (Christian Bale), who along with his equally cunning and seductive British partner, Sydney Prosser (Amy Adams), is forced to work for wild FBI agent, Richie DiMaso (Bradley Cooper). DiMaso pushes them into a world of Jersey powerbrokers and mafia that’s as dangerous as it is enchanting. Carmine Polito (Jeremy Renner) is the passionate, volatile, New Jersey political operator caught between the con-artists and Feds. Irving’s unpredictable wife Rosalyn (Jennifer Lawrence) could be the one to pull the thread that brings the entire world crashing down.

Singer generously took the time recently to talk about filming ‘American Hustle’ during an exclusive interview over the phone. Among other things, the screenwriter discussed how he first came up with the idea to tell a fictionalized version of the FBI ABSCAM operation of the late 1970s during a flight 15 years ago, during which he spoke to an assistant U.S. Attorney with a connection to the case; how he never writes characters with particular actors in mind, but how the drama’s cast brought a surreal element to the story; and how as a writer, there’s a point on every film, he has to trust the director to make the story his own, and how that process was easy on the crime drama, since he’s a fan of Russell’s work.

ShockYa (SY): You co-wrote the script for the new crime drama, ‘American Hustle.’ Where did you come up with the inspiration for telling the story? What was your overall writing process like on the film?

Eric Singer (ES): The process started about 15 years ago. I was on a plane ride from New York City to Los Angeles, and I was sitting next to an assistant U.S. Attorney. We started talking and he asked, “What do you do?” I said, “I’m a screenwriter,” and he said, “Oh, yeah? I’ve got a really good story.” He had some peripheral involvement in ABSCAM, which was the inspiration for this fictionalized story.

When he told me that story, I flipped out. I filed it and knew this would someday make a great movie. I eventually got to it and wrote the movie. Part of what drew me to the story was the characters who were involved, and the potential of where you could take it. I was also drawn to the scenes you could explore that show how to one degree or another, we all hustle ourselves to get through life, a job and a challenging marriage or relationship of some type. I was attracted to the idea of pivoting this story against these types of characters, who are all part of a larger predicament, and are hustling their way through their lives to get to the reckoning of the truth.

SY: Like you mentioned, the movie is based on the FBI ABSCAM operation of the late 1970s and early 1980s. What kind of research did you do into the operation as you were penning the script?

ES: Along with Richard Suckle, one of the producers on the film, we found Mel Weinberg, who was the inspiration for the Irving Rosenfeld character. I did three weeks’ worth of interviews with him, which informed the creative jumping off point for when I started writing the script.

SY: David O. Russell did some rewrites on the script when he signed on to direct the film. How closely did you collaborate with David as he was working on the script? What was your collaboration with him once he actually began shooting the movie?

ES: When David came onto the movie, and it started to switch into high gear; it was all David. I think it was him working his magic. I think my interaction with David was really amazing. I’ve been a David O. Russell fan since his first movie. So to be able to work with a director you adore and hold in such high esteem was an amazing experience. To be able to watch him work and learn was really an extraordinary ride.

As a writer, there’s a point on every film, especially with singular directors like David, where you have to let go. You have to trust your director, and let him make the story his own. It happens on every movie, to varying degrees. Every director needs to make a movie his own. What makes it easier is when you trust, and are a fan of, that director. You really have that confidence in knowing that the director’s going to take what you’ve done and make it something even more.

I think the collaboration worked in a way that was unexpected, but also amazing. David would take scenes that I had written, and spin them in directions that I never would have thought of or expected. So when I saw the movie for the first time, it was an overly exuberant experience. It was like we were in a band together; I’d do my solo, and then David would riff off that, and do something completely unexpected and different.

We also had an incredible lineup of actors, and a great pool of talent. They all brought an incredible amount to the story and the characters, as well. They were writing, too, in my opinion, with their contribution to what they did with these characters.

SY: Like you mentioned, ‘American Hustle’ features a talented group of actors who have previously worked with David, including Christian, Amy Adams, Bradley Cooper, Robert De Niro and Jennifer Lawrence. As you were writing the script, did you envision who you wanted to play each role, and what was your overall reaction to their performances?

To watch them work, and see them bring what they brought to each character, was surreal and part of the magic. Filmmaking is truly a collaborative process, and everyone is contributing in their own way to the final product. To watch all of these actors, who are at the top of their game, do what they did with these characters, was a magical experience for me.

SY: Like the story for your first screenplay, for the 2009 action crime drama, ‘The International,’ ‘American Hustle’ is inspired by true events. What attracts you to writing scripts about real events?

ES: I think there are a lot of amazing stories you can find. ‘The International’ was also a fictionalized version. But there’s a lot of inspiration out there.

I’m the guy on plane rides who’s actually interested in the stories people have to tell. I find the stories can be really compelling. So I look around and see what I’m drawn to. Then I investigate it and dig a little deeper to see what happens. But I find that at this phase in my career, for whatever reason, I’m drawn to true-to-life stories.

SY: Do you have any upcoming projects lined up that you can discuss, or ideas for projects you would like to work on?

ES: I have a film (‘Splinter Cell’) I’m working on with Tom Hardy right now, which will hopefully be in production over the summer, and I’m really excited about it. I also have another movie called ‘God Lets the Damned’ that I’m hoping to direct. I’m moving closer towards that goal. I also have a TV show that I’m working on.

You’re trying to do as much as you can with the time you’ve got. You know not everything’s going to connect, but you’re hoping one of them does, and you’re working hard on all of them. I’m trying to make a living, and make the projects happen. 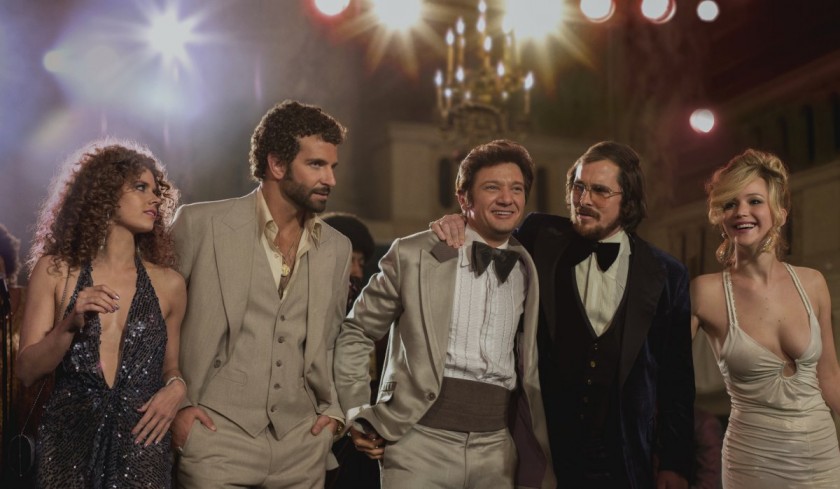