An extraordinarily moving look at what happens when a promising young athlete and would-be Olympian’s life is in an instant snatched away from him, “The Crash Reel” is a movie that taps into the propulsive, cocksure and, yes, dangerous energy and excitement of youth without mocking or selling it short. Oscar-nominated director Lucy Walker, who previously cut through the noise and clutter of a hot-button social issue with the superb nuclear nonproliferation documentary “Countdown to Zero,” here reveals herself to be a humanist of the highest order, telling the true-life story of charismatic snowboarder Kevin Pearce, felled by a traumatic brain injury, and his family.

Extreme sports nonfiction films are at this point their own little cottage industry, but the vast majority of these movies — even the ones that are very well done — are in large measure advertorials that glom onto big personalities and plug into the vicarious thrills of the X Games, motocross, big wave surfing or what have you as spectator events. While certainly not lacking in jaw-dropping footage, “The Crash Reel,” which premiered at the 2013 Sundance Film Festival, is almost incidentally a movie about snowboarding. Mainly, it’s a film about family, second chances and self-acceptance.

Pearce, a Vermont native, was born the youngest of four boys to parents Simon and Pia. He got into skateboarding, skiing and other athletic competition via his older brother Andrew, and quickly eclipsed him in terms of talent on the snowboarding scene. A contemporary of Shaun White, with whom he regularly traded top-place finishes on the highly competitive international snowboarding circuit, Pearce was considered a favorite for the 2010 Winter Olympics, and was training with some friends in Park City, Utah, when, on New Year’s Eve Day, 2009, he struck his head on a half-pipe while attempting a maneuver called a cab double cork. In critical care and unable to talk for a period of weeks, Pearce would eventually regain speech, motor functions and more, through intense rehabilitation. His fervent desire to resume snowboarding, however, would test the strength of his highly loving family.

At the core of “The Crash Reel”‘s appeal is Pearce, who, pre-injury, radiates optimism and collegiality; part of the film casts him in opposition to White (a friend-turned-frenemy-turned-at-least-sociable-acquaintance-again, also interviewed here), with several of Pearce’s “Frends” (a personal and professional collective that pointedly adopted the moniker lacking the letter I) recalling him inviting them to come use an Olympic training half-pipe especially built for Pearce by sponsor Nike. White, on the other hand, also had a half-pipe built for his personal use, but kept it secret and made his girlfriend sign a non-disclosure agreement.

Walker’s film is no mere cult-of-personality riff, however. It’s artfully threaded with home movies reaching deep back into the Pearce family archives, but in a manner that augments and bolsters its emotional relatability. Walker had met Pearce and begun a film on him prior to his injury — a fact which, like Alex Gibney’s recent “The Armstrong Lie,” gives her movie an unusual and compelling frame. Pearce’s arduous, years-long attempt at a comeback, then, plays out with all sorts of drama and delicately brought forth sympathies. We see footage from his therapy — physical and mental — and get to watch Pearce grapple with issues including memory loss, irritability, fatigue, depression and tremors in his left arm. With a special deft touch, Walker connects Pearce’s story to the broader, ongoing societal discussion about chronic encephalopathy and head trauma in athletics.

One of the most fascinating things about “The Crash Reel,” though — and what makes it much more than “just” a film about an individual tragedy or sports heartbreak — is the manner in which, while tracking this recovery, Pearce’s struggle becomes a metaphor for surrendering to elements and occurrences beyond one’s control. (One of Pearce’s older brothers, David, suffers from Down Syndrome, and later it’s incidentally revealed that all of the boys, like their father before them, also grappled with dyslexia in school.) In open, totally respectful family conversations over Thanksgiving dinner and at doctors’ offices, Pearce’s parents and brothers repeatedly strike upon common-ground overlaps in conversations about trust and risk, and how what he describes as a hardwired love for snowboarding might also be couched or seen as an addiction. It betrays nothing of the resolution of this impasse to say that “The Crash Reel” simply swells one’s heart; the Pearce family is a smart and loving one, and the lessons sprinkled throughout this amazing documentary are multitude.

NOTE: For more information on the film, visit www.TheCrashReel.com. 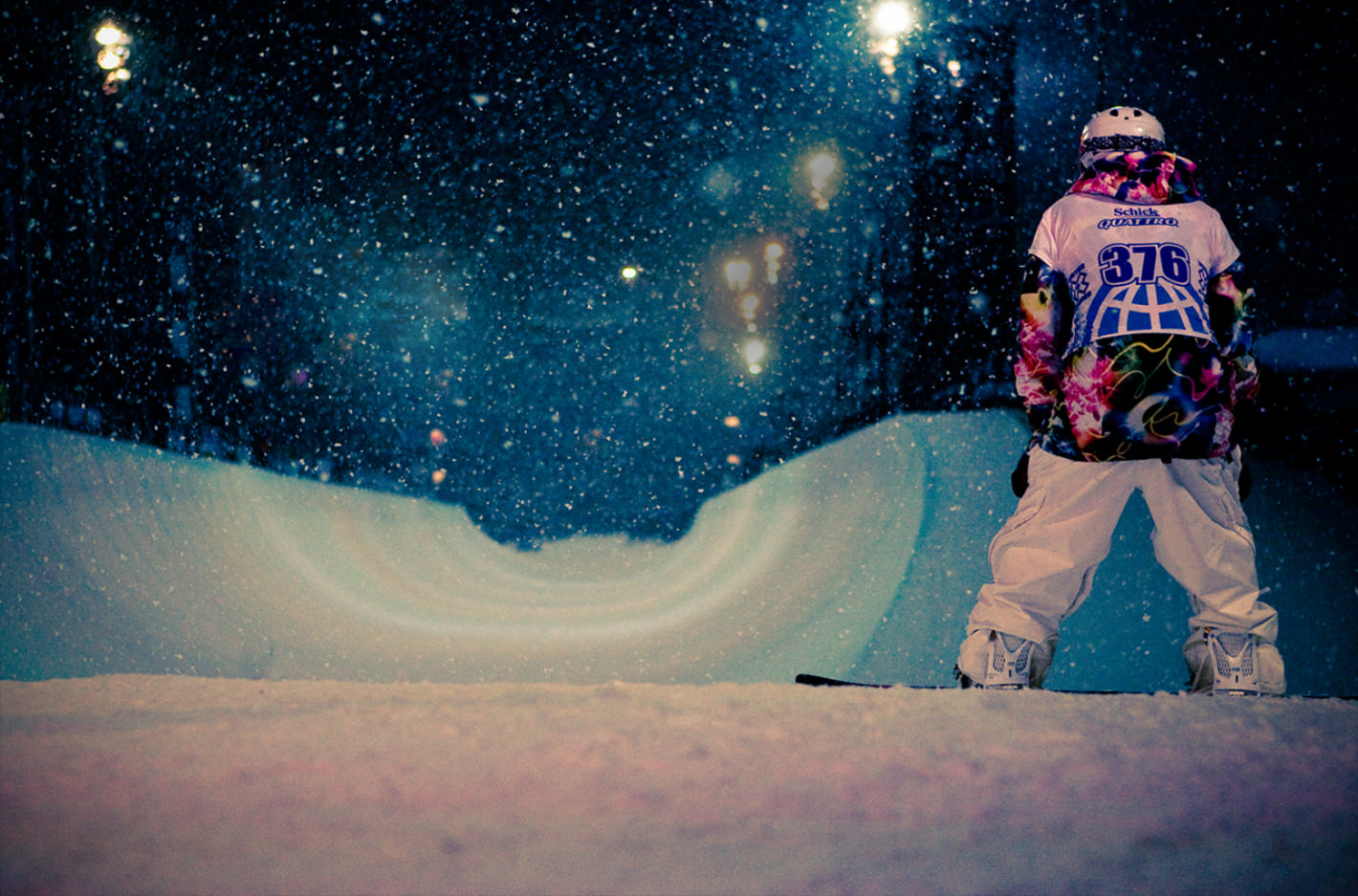