The action is set to unfold in Arnold Schwarzenegger’s upcoming crime drama, ‘Sabotage,’ with the release of the film’s new poster. The poster features several of the movie’s actors, including Schwarzenegger front and center, surrounded by such co-stars as Terrence Howard and Joe Manganiello.

‘Sabotage,’ which is set to be released in theaters on April 11, 2014, was directed by ‘End of Watch’ helmer David Ayer and co-written by the filmmaker and ‘A Good Day to Die Hard’ scribe Skip Woods. The thriller also stars Sam Worthington, Josh Holloway, Harold Perrineau, Mireille Enos, Max Martini and Olivia Williams.

Open Road Films, which will be distributing ‘Sabotage,’ has released the following synopsis for the movie:

In ‘Sabotage,’ Arnold Schwarzenegger leads an elite DEA task force that takes on the world’s deadliest drug cartels. When the team successfully executes a high-stakes raid on a cartel safe house, they think their work is done – until, one-by-one, the team members mysteriously start to be eliminated. As the body count rises, everyone is a suspect.

Check out the official ‘Sabotage’ poster below. 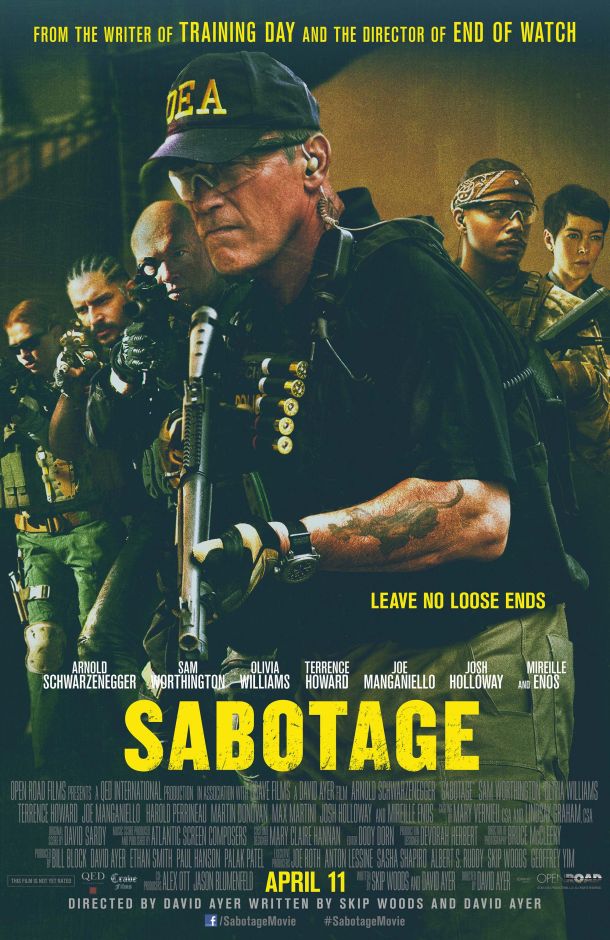