“I’m extremely humbled to be working with such talented and dedicated filmmakers who all have the same goal in mind: reaching audiences around the world with an incredible story,” Lowry said of the film. “‘Cassidy Way’ is going to take anyone who sees it on a wild ride, giving them a glimpse into terrifying situations that effect real people.”

The following synopsis has been released for ‘Cassidy Way’:

Penned by Ken Sax and Neal Blakemore, ‘Cassidy Way’ is a gut-wrenching thriller based on true events, that follows a college senior, Gina (Nikki Moore) and her two friends, Collin (Randy Wayne) and Mitch (Michael Nardelli), as they set out to make Gina’s thesis documentary film on a fracking company and the controversy surrounding it in a small town. During their filming, the trio cross paths with local resident Donald Connors (Christopher Rich), and discover the fracking company is responsible for the death of his young son. When Donald suspects they are working with the fracking company, they learn just how far a man driven to madness will go to protect his family. At Donald’s hands, Gina, Colin and Mitch experience a horror they never could have imagined, finding themselves trapped in the same downward spiral that has plagued the town’s residents for over a decade. 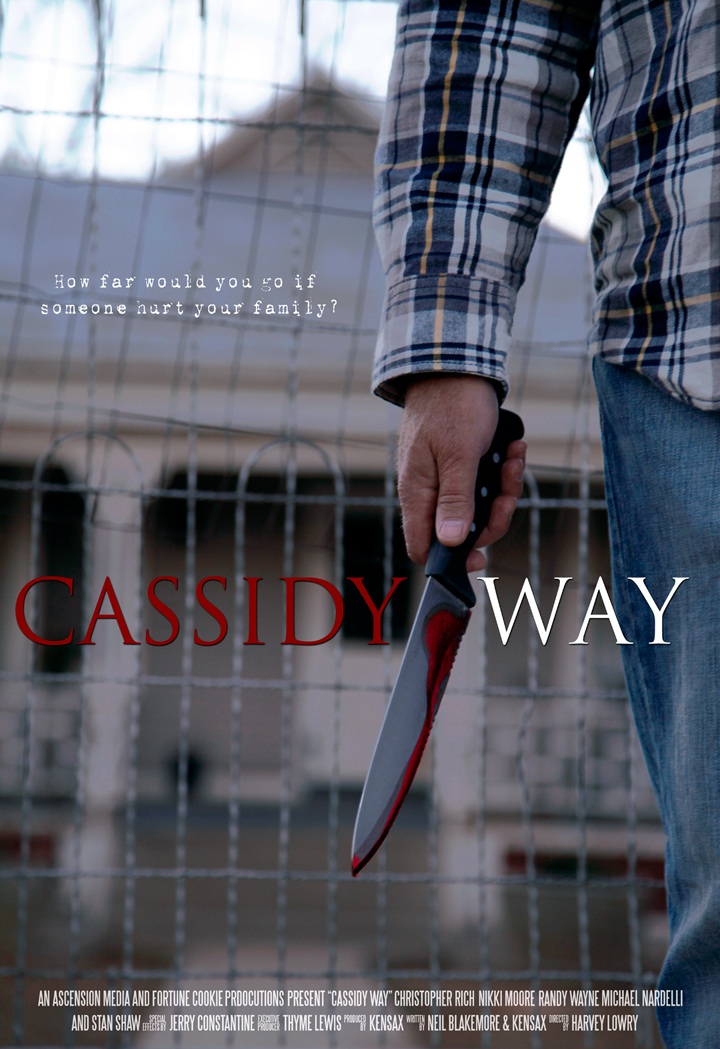