Here’s more you can expect from the Toshiba Vision screen experience:

“For this year’s New Year countdown, from 6 p.m. to 12:15 a.m. EST, all eyes will be on the TOSHIBA VISION screen atop One Times Square and six mobile LED screens throughout Times Square. The screens will feature New Year’s Eve content and entertainment for the more than one million-plus expected revelers including hourly practice countdowns, live and prerecorded video clips of musical performances from Miley Cyrus, Macklemore, Blondie, and Icona Pop, revelers, celebrities, as well as the Toshiba Hourly Countdown sponsor’s content every hour, and even a special New Year’s greeting in collaboration with NASA and other New Year’s Eve excitements.”

Not only will Toshiba be a part of the New York celebration, but Toshiba will help 16 other cities worldwide celebrate the “Cowntdown to 2014.” The parties will begin at 9:59 a.m. EST, with New Year 2014 kicking things off in Tokyo, with a 60-second countdown and Happy New Year and prayers for the Japanese people shown on the screen.

Take a look below the post to see some pictures of 2013’s New Year’s celebrations as well as the live feed of New Year’s Eve! 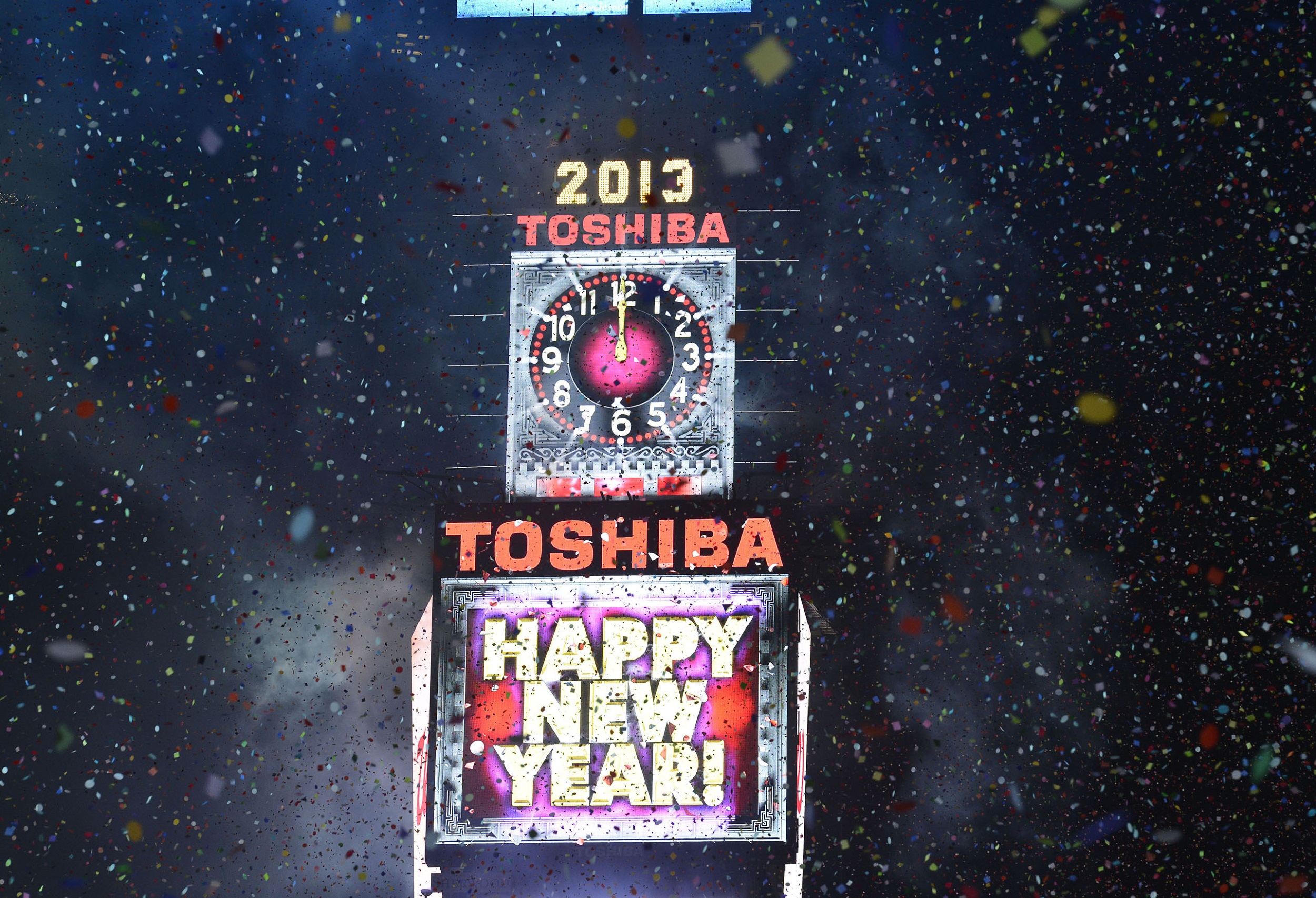