Between the prime source material, built-in fan base, epic star power and increased budget, Francis Lawrence’s adaptation of “The Hunger Games: Catching Fire” had all the potential in the world, but that also shrouded it in an exorbitant amount of pressure and expectation, so it’s a good thing Lawrence rose to the occasion.

The second installment picks up shortly after the events of the first. Katniss and Peeta (Jennifer Lawrence and Josh Hutcherson) are home sweet home in District 12, but still suffer from the repercussions of surviving the Hunger Games, one of which is participating in the Victory Tour. Even though the Capitol’s beloved star-crossed lovers travel from district to district professing their devotion to Panem, there’s no stopping what they started. With a rebellion on the horizon, President Snow (Donald Sutherland) opts to hit the districts where it hurts, targeting their resources, safety, and their Hunger Games victors.

Scoff at the “Hunger Games” craze all you want; this is a franchise that earns every ounce of attention, press and profits. Not only did Gary Ross’ film do the pre-release hype justice by kicking off the series with a riveting, well-composed and highly effective adaptation, but now Francis Lawrence and writers Simon Beaufoy and Michael Arndt build upon Ross’ success by taking the budget boost and funneling it into quality talent, stunning visuals and creating an all-consuming experience.

The first half of the film plays out on the Victory Tour and in District 12, and while every single sequence sheds new light on characters, pushes the narrative forward and builds suspense, there are standout moments, the first of which is Katniss’ conversation with President Snow. You can blow viewers away with big budget costumes and sets, but even the most elaborate visuals need a believable, riveting conflict at the core and this scene proves “Catching Fire” has just that. The back and forth is flawless, both Snow and Katniss exhibiting a cunning calm while trying to fight for the upper hand.

The scene during which Katniss and Peeta speak to the citizens of District 11 is also a big winner as the film’s first brutal tearjerker. Simply seeing Thresh and Rue’s families standing beneath their photos is enough to conjure the waterworks, but the clincher is the close-up on Rue’s mother’s face as Katniss apologizes for not being able to save her daughter. It’s the ideal union of dialogue and shot composition, and the results are overwhelming.

Katniss’ complicated relationship with Peeta and her never-ending battle with President Snow carry you right through the Victory Tour, upping the tension each and every step of the way before culminating in a downright incredible show of emotion from Lawrence in the scene during which Katniss watches Snow’s announcement detailing the rules of the Quarter Quell. She doesn’t cry, she doesn’t scream or shout. All it is is a look and it’s enough to break your heart even before she dashes out of the house for her sob session. Top that off with an incredible display from Elizabeth Banks as Effie Trinket during an unconventional reaping that so clearly rattles the typically poised and chipper escort and the 75th Hunger Games arrives with a devastating amount of force.

In the books, the Quarter Quells are meant to be above and beyond all other Hunger Games and the visuals in the film certainly uphold that tradition. The percentage of digital components in the Capitol have been drastically reduced and the added practical elements give the environment a stunning amount of layers and texture. And the same goes for the new Hunger Games arena, too. The battle at the Cornucopia isn’t half as vicious as the close-range combat in the first film, but the style of fighting far better suits the story. These aren’t unsuspecting children plucked from their families and forced to fight. They’re experienced killers, so, naturally, they’ll only be defeated by more advance tactics and in the case of the 75th Games, the better schemes have mental and emotional effects on the tributes.

Further solidifying “Catching Fire” as a worthy sequel is the fact that it’s an almost entirely fresh experience. You’ve still got the context of what you learned in the first film, but round two doesn’t just try to milk the concept by giving the Games another go. The 74th Hunger Games was essentially killing for the sake of entertainment. The 75th Games, however, involves an entirely different crop of people, rules and stakes, and the change from one form of gameplay to the other, compels you to get involved. Just like Katniss and Peeta, you’ve seen how it all goes down once before and now it’s time to put that knowledge to use, and that makes you experience these Games, not just watch them.

There are just two elements of “Catching Fire” that need work and stuck out enough to make a mild impression. The “on fire” look is a marked improvement from the first film, but the chariot getups did need a bit more integration between the physical costume and the CG fire to make them look natural. The reveal of the secret behind the arena set-up is also too understated. Clearly you can’t recreate every response allotted by the book, but this element is particularly vital to the plot progression in the second half of the film and should have been more satisfying.

But again, those missteps only had a slight effect on the experience. “The Hunger Games: Catching Fire” is what every blockbuster franchise should be – quality films deserving of that title. As one of the only writers at my outlets to have read “The Hunger Games” when the rights were first snatched up by Lionsgate, the opportunity to cover the series extensively fell right into my lap. Over the years, I’ve spent hours upon hours writing about these movies. I’ve always been confident the source material had the potential to churn out strong big screen adaptations, but seeing it happen is overwhelmingly fulfilling. I strive to ensure I’m proud of everything I write, but having all the time, energy and passion I put into covering “The Hunger Games” validated via quality cinema makes me infinitely honored to be so dedicated to the franchise. 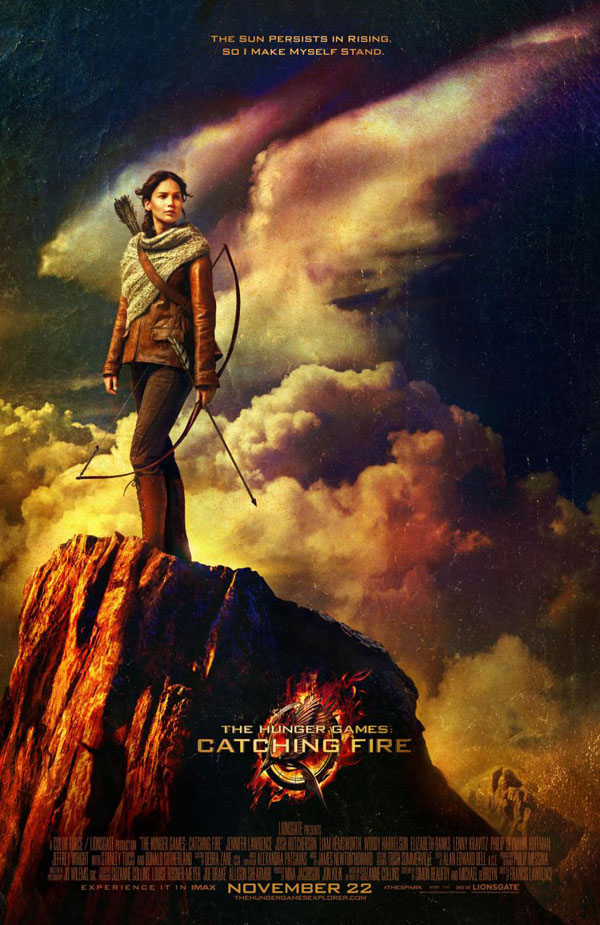