Anyone who thinks that Israelis cannot mount an exciting thriller has not seen the American copy of “Hostages,” which ended its run in January. The Americans who picked up the program may have invented their own version, but it’s pretty close to the one shown in Israel starring Ayelet Zurir and picked up whole by the BBC. Then again, who better than Israel to put on something like this when America’s only reliable ally in the Middle East suffered the kidnapping of Corporal Shalit and who many years back, justifiably kidnapped Adolph Eichmann in Argentina effectively scoring at least a modicum of revenge on one of the world’s most evil men?

With “Big Bad Wolves,” the themes of revenge and kidnapping are stunningly illustrated in a first-rate thriller which unfortunately portrays all the principal actors as seriously flawed and just one Arab in two scenes that are almost surreal in their symbol of innocence, even saintliness. The Arab, who comes out of nowhere, riding a horse at night, looks ready to ascend with the noble animal to heaven, which he might just do if he could ride the handsome steed to the Dome of the Rock in Jerusalem. By contrast, Navot Papushado and Aharon Keshales, who wrote and direct the picture, play into the stereotypes that anti-Zionists have of Israelis as boors who have no problem with torture.

A previous film from Papushado and Keshales, “Rabies,” tells of a young woman who falls into the hands of a psychopathic killer, her brother racing against time to rescue her. This time, the directors make a strong political statement which puts them into the camp of the Peace Now community, those members of the Israeli left who believe that a peace treaty with the Palestinians would make the Middle East a heaven on earth. Nonetheless there is no information on the Internet Movie Database or Wikipedia that might give us a lead into the actual politics of the filmmakers.

The story gains momentum when a young girl is found beheaded in the woods, her undergarments pulled over her legs. Gidi (Tzahi Grad), the father of the victim, is out for revenge but first the alleged killer, schoolteacher Dror (Rotem Keinan) is worked over by a pair of goons who are certain that Dror is their man. Though Dror is released and given hush money by the police, his torture has been photographed by a young man and put on Youtube to the embarrassment of the police precinct commander, who places cop Miki (Lior Ashkenazi) on leave, telling him as though with a wink that he is now a civilian and can do as he pleases.

Which he does, racing after and capturing the alleged perp while Gidi, the victim’s father who has just bought a house surrounded by Arab villages, takes over by pulling the man’s fingernails and toenails (“just as you did with my daughter”), horrifying even the police detective. Though Gidi’s own father (Dov Glickman) is understandably upset when he visits his son in the latter’s new home, it doesn’t take long before even he determines that the truth about the murder emerges through the magic of a blowtorch placed against the alleged perp’s chest.

The soundtrack is particularly loud, hitting us throughout this tense thriller, which at times exhibits scenes so horrific that we’re reminded of Eli Roth’s “Hostel 2” and the “Saw” franchise. The films is loaded with gallows humor and a number of intriguing plot twists. 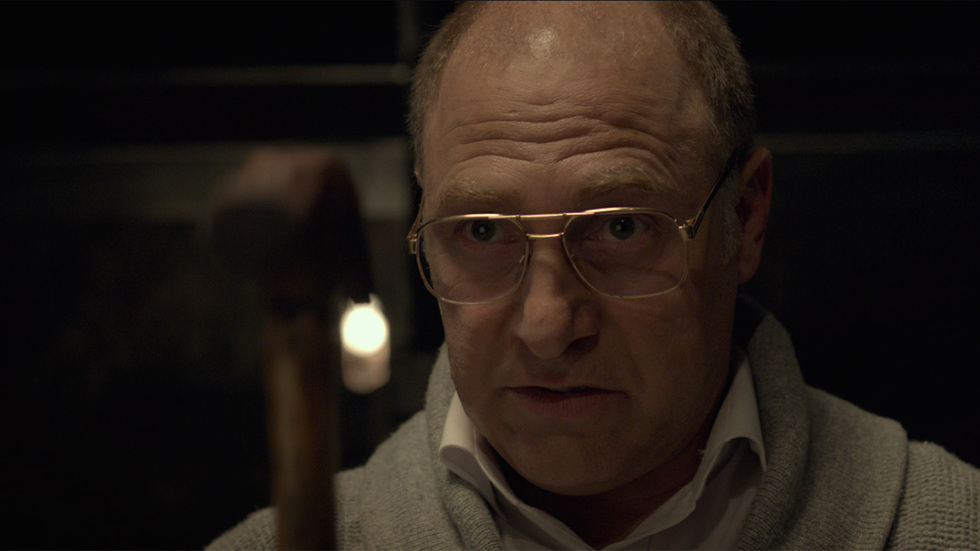