Sandlot Heroes is enticing fans to ‘Come Back’ with the release of their new single. The three piece rock band, which hails from Allentown and Bethlehem, Pennsylvania, stepped into the studio in December 2012 to write new songs and creatively evolve towards the next level. ‘Come Back’ was released today as on their label, Sandlot Heroes, LLC.

‘Come Back’ was written after Sandlot Heroes toured America with such bands as Yellowcard, We Are The In Crowd, The Wonder Years and Bowling For Soup. After spending most of last year writing songs that would distinguish them from traditional pop-rock, the band is planning to release many more singles this year.

Sandlot Heroes will be performing at Club Radiant in Nutley, New Jersey on Friday, before heading to Croc Rock in Allentown, Pennsylvania on January 31, and then New Haven University in Connecticut on February 15. The band will be announcing more tour dates soon.

For more information on Sandlot Heroes, visit the group’s official website, as well as its Facebook and Twitter pages. Watch the video for ‘Come Back’ below. 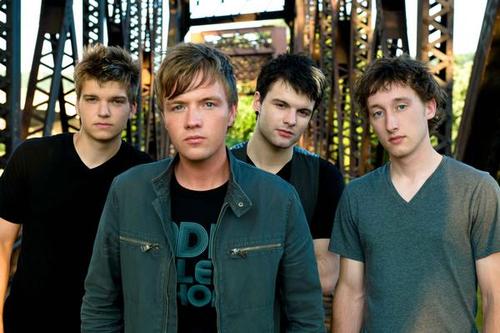