Director Hirokazu Koreeda depicts a touching, poetic and harrowing adventure through parenthood. What makes a child similar to his parents? Does the blood-line prevail over living every day of your life raising a child, even if he doesn’t share your lineage? These questions are explored with great delicacy and veracity in ‘Like Father, Like Son.’

Nonomiya Ryota is a man who has established himself in his profession, he is very hard working and extremely competitive. One day he is called with his wife Midori to the hospital where she gave birth to their son. They will discover that their baby was switched with another baby, born on the same day. The couple of afflicted parents, victims of a frustrated nurse’s cruel trick, will meet and try to face the dilemma.

Throughout the drama everything is impeccably balanced. This film is a journey in the most recondite shades of the human soul. The actors embody the parents’ different positions, and huge emotional drive, with a breathtaking charm, that never goes over the top.

The film was nominated for Palme d’Or at the 2013 Cannes Film Festival, where it won the Jury Prize and a commendation from the Ecumenical Jury. Further, it was shown at 2013’s Toronto, Vancouver and San Sebastian film festivals collecting more awards. Now it seems like DreamWork Studios have set their eyes on a possible remake, since they acquired the rights after Steven Spielberg saw the film in Cannes. Hence, stay tuned, and be prepared for a Hollywood version. 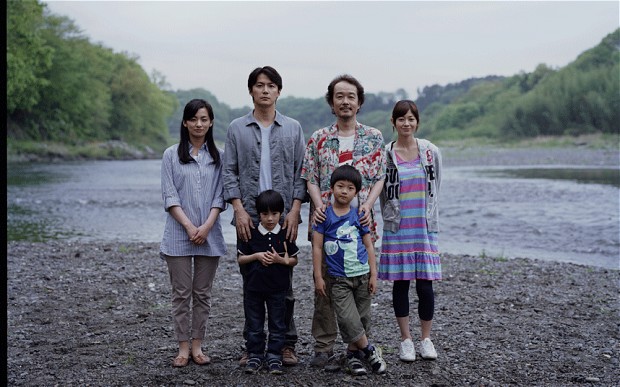