Box Office Predictions: It’ll Be Lone Survivor vs. Ride Along For The Top Spot

After two weekends with just a single new wide release (and a few wide expansions) we’re finally heading towards one with some serious competition. Not only will all the Oscar contenders get a nice boost from today’s nominations announcement, but there are also four new wide releases entering the mix, and all four have entirely different target audiences.

“The Nut Job” is due for the widest release and even though we haven’t gotten a new animated movie in quite some time, “Frozen” is still going strong enough to have an effect. Also, we don’t tend to get new animated movies in January. “Beauty and the Beast 3D” opened in January 2012, but that’s the only one in the last few years and the movie clearly already had a following, unlike “The Nut Job.” It’s much more likely that “The Nut Job” will fall in line with something like “Escape From Planet Earth” and kick off its run with about $10 million for three days and $14 million for four.

Then we’ve got “Jack Ryan: Shadow Recruit” due in about 3,000 theaters. Big name stars might not mean all that much this time of year. Look at last year’s “Gangster Squad.” In fact, that’s where “Jack Ryan” will likely find itself – with a $5,500 per theater average, $16 million for the three-day weekend and $21 million for the four-day count. Next up is “Devil’s Due” which is getting 2,700 theaters, but could lose some steam courtesy of material crossover with “Paranormal Activity: The Marked Ones.” “The Marked Ones” opened with $6,398 per theater. Should “Devil’s Due” take about $4,000 instead, it’ll wind up in the fourth position with $10 million for three days and $14 million for four.

Last up for the newbies is the comedy, “Ride Along.” With “Anchorman 2: The Legend Continues” on its way out, there’s more than enough room for “Ride Along” to pull in a healthy sum. Plus, “Kevin Hart: Let Me Explain” rocked the box office this summer by taking in $10 million in just 876 theaters. The guy clearly has a following. Should “Ride Along” come close to matching “Paul Blart: Mall Cop” and take $9,000 per theater, it could be looking at an $18 million three-day sum and $24 million for four.

Now for the box office veterans. Even though “Lone Survivor” only took two Academy Award nominations – and in categories that get less attention – it’s clearly got more than enough momentum on its own to retain a significant amount of last weekend’s profits. Should it dip just 40%, it could come out on top again with about $20 million for three days and $26 million for four. And now that “Frozen” is an official Oscar nominee, too, it’s even more likely that the film will continue to perform. Even if that 24.8% weekend seven to eight percent change comes up to 30%, it’ll still claim another $10 million for the regular weekend and $13 million for the holiday, letting it nestle in at #6.

With “The Wolf of Wall Street,” “American Hustle,” “August: Osage County” and “Saving Mr. Banks” getting an awards buzz push, there’s practically no chance “The Legend of Hercules” will have a second weekend in the top ten, especially considering its poised to have its opening profits cut by 60% and only take in another $3.5 million for the regular weekend. On the other hand, “The Wolf of Wall Street” and “American Hustle” both should have no trouble repeating those 33% percent changes. Should that be the case, “Wolf” will take #7 with $6 million for three days and $8 million for four and “American Hustle” will be right behind with $5.5 million and $7 million of its own. “August: Osage County” had the benefit of a 900-theater boost last weekend, but even without more additional screens, it should manage to maintain about 70% of its profits, which would give it another $5 million and then about $6.5 million for the holiday weekend. And as for “Saving Mr. Banks,” despite the fact that it only received a single nomination, “Hercules” and “The Hobbit” should fall hard enough to let it hold on to #10 should it drop 35% and take in $4 million for three days and $5.5 million for four.

7. The Wolf of Wall Street 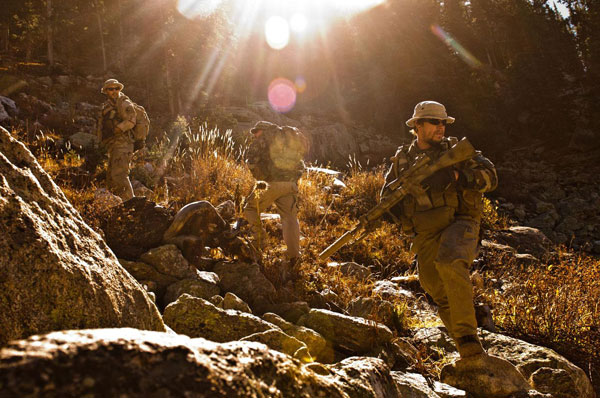