January has gotten a lot more action-packed with the home release of “Machete Kills.” The Robert Rodriguez film, starring Danny Trejo as Machete, will be released as a Blu-ray Combo Pack (Blu-ray, DVD and Digital HD with UltraViolet) Jan. 21.

The film is the sequel to “Machete,” the title character being an ex-Federale who is now employed by the President of the United States to stop a global threat:

“Machete Kills is an action-packed thrill ride about the adventures of legendary secret agent Machete Cortez (Danny Trejo). In his latest mission, Machete is recruited by the U.S. President (Carlos Estevez) to stop a crazed global terrorist (Mel Gibson) from starting a nuclear war. With a bounty on his head, Machete faces death at every turn from an all-star cast of deadly assassins. Breaking all the rules, visionary director Robert Rodriguez leads this star-studded ensemble on one of the wildest adventures to save the world ever captured on film!”

There have been some cool clips, extended scenes and behind-the-scenes videos released in anticipation of the home release. Check out the clips below to see what you didn’t see in the theaters. 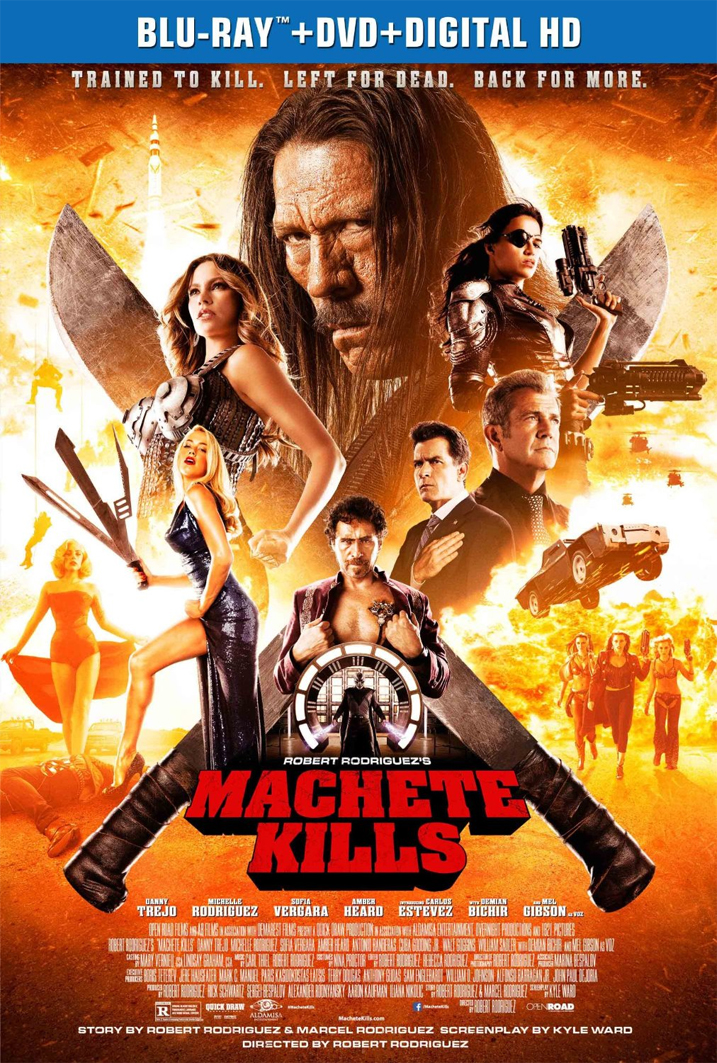