When a director is so utterly disheartened with a finished product that, regardless of whether they had final cut, he or she takes measures to remove their name… well, that really says something. And such is the case with “Reasonable Doubt,” a labyrinthine legal thriller that starts off with an interesting enough premise but quickly devolves into a ramshackle delivery vehicle for Dominic Cooper’s misadventures in accent and the sort of disinterested glowering bullcrap that Samuel L. Jackson reliably pulls out for paycheck gigs devoid of character or sense. Director Peter Howitt (“Sliding Doors,” “Antitrust,” “Laws of Attraction”) was the man behind the camera, but the name viewers will see (or not, if they’re wise) credited at the end of the film as director is Peter P. Croudins.

The story centers around district attorney Mitch Brockden (Cooper), who has a promising career, and a new baby daughter with his wife Rachel (Erin Karpluk). So when he strikes and wounds a man with his car after a night of drinking, he swallows hard and makes a quick, bad decision, calling an ambulance but leaving the man alone on a snowy street. When car mechanic Clinton Davis (Jackson), an apparent good Samaritan who picked up the man in his van, is charged with murder in his subsequent death, Mitch feels compelled to throw the case — something he does with the assistance of his ne’er-do-well, recently paroled stepbrother Jimmy Logan (Ryan Robbins). His compromised and halfhearted effort, though, arouses the suspicion of Detective Blake Kanon (Gloria Reuben).

Sounds passably intriguing, right? Well, that’s merely the first act of “Reasonable Doubt,” which then tosses any notions of character-rooted suspense out the window in proceeding to rifle through plot developments seemingly generated by some special game of Moral Quandary Mad-Libs. Clinton, it turns out, may be guilty of crimes much worse than with what he was charged, leading to all sorts of games between he and Mitch which it’s very clear were described to and by various producers as “cat-and-mouse.”

I’m not privy to the particulars of why and how Howitt got his name removed as director (a process not without its own guild battles), but there are very large structural problems in Peter Dowling’s script. Yes, it takes 11 minutes of a very slow end credits crawl gets this flick to 91 minutes, suggesting happy scissor-hands on the part of at least one of the nearly two dozen producers on “Reasonable Doubt.” But the vague characterizations, insipid dialogue and chicken-wire stabs at parallelism had to be present to some degree from the start, as well as the decision to magically confer the status and skill set of a forensic investigator upon Mitch.

Shot on location in Winnipeg and Chicago, “Reasonable Doubt” makes nice use of some wintry environs but seems to lack any unifying visual aesthetic, and otherwise suffers from extraordinarily cheap production design (it’s courtroom is laughably bare bones), and production value in general. Composer James Jandrisch contributes some nice music — he has a way with syncopated unease — but this film is otherwise one big, snowy slog through Stupidville. It piles implausibility on top of implausibility, without ever downshifting out of its very self-serious tone. 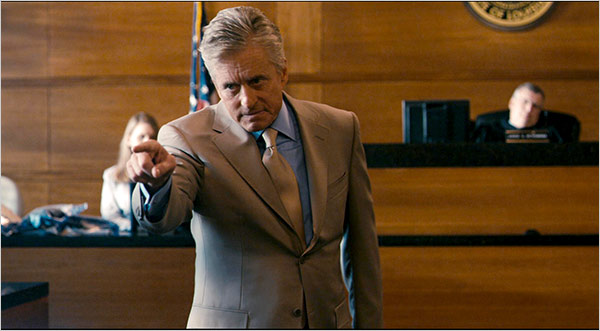