A well-intentioned coming-of-age drama, based on a true story, about a teenage delinquent’s flirtation with more permanent ruination, indie offering “Jamesy Boy” features a grounded, engaging lead performance from newcomer Spencer Lofranco, against an equally solid technical backdrop. Unfortunately, while its redemptive arc offers minor chord catharsis for those predisposed to embrace adapted tales of real salvation, the movie never pushes past a comfortable orbit of earnestness in search of deeper truths.

Flashing back and forth between periods before, after and during incarceration, the film tells the story of James Burns (Lofranco), a troubled nascent teenager who — after attempts by his mother Tracy (Mary-Louise Parker) to get him enrolled in and settled at a normal high school — runs away from home and falls under the sway of drug dealer Roc (Michael Trotter). The rest of the characters in James’ world slot into recognizable roles. There’s the bad girl, Crystal (Rosa Salazar), whose wild behavior and uncouth come-ons (“Let’s get out of here, and go find a place to fuck”) are part of the siren song of life on the wild side; the good girl, Sarah (Taissa Farmiga), whose affectionate gazes seemingly represent safer ground, if not a way out; the gruff yet wise convict, Conrad (Ving Rhames), whose elucidated regret helps tame James’ recalcitrance; and the mousy fellow inmate (Ben Rosenfield) who of course has to die to help redeem James’ sins.

While director Trevor White, working from a script co-written with Lane Shadgett, doesn’t commit the typical cardinal sin of constantly overarticulating his characters’ feelings and tragic pasts, neither does he quite punch through to an elemental awakening. (The fact that the real-life Burns is a co-producer on the film likely doesn’t help matters.) Apart from a few cursory domestic scenes, James’ relationship with his mother and/or younger sister — a potential outlet for significant drama — is largely ignored, in favor of more difficult to convey scenes which throw a spotlight on James’ love of writing, specifically poetry.

Similarly, while James’ introduction and connection with Roc is nicely sketched out, the manner in which he drifts away after hooking up with Sarah feels arbitrary. (Drug-dealing kingpins aren’t typically big on freelance runners, one presumes.) The split structure doesn’t totally work. White and Shadgett mis-budget some of their focus, and at 109 minutes, the movie drags, in large part since so many of the characters take on such heavy representational qualities. We know where this is going, so it would be better for all parties involved if it got there quicker.

Despite the fact that it can’t quite cut through a low-hanging fog of narrative familiarity and inevitability, “Jamesy Boy” still features some nice performances. Salazar and Farmiga each imbue their characters with small moments of feminine coercion believably informed by their respective fractured backgrounds. And Lofranco, recently cast in a supporting role in Angelina Jolie’s sophomore directorial narrative feature film, “Unbroken,” gives an intuitive performance that is mindful and in line with the unseen angel sitting on his character’s left shoulder. A young actor with more blustery, outwardly manifested angst could tip the film over into insufferability, but Lofranco is impressively restrained; he (rightly) plays James as a character hiding his pain from the world.

Cinematographer Robert Lam and production designer Rachel Block, meanwhile, turn in nice work on what was obviously a tight budget. “Jamesy Boy” doesn’t reinvent the wheel, or in the end even deliver many moments of gut-punch feeling. But in showcasing the story of a kid who manages to eventually escape being grist for the correctional system’s mill, it imparts a bit of hope and optimism. And those are things the world needs in greater abundance.

NOTE: In addition to its theatrical engagements, “Jamesy Boy” is also available across VOD platforms. 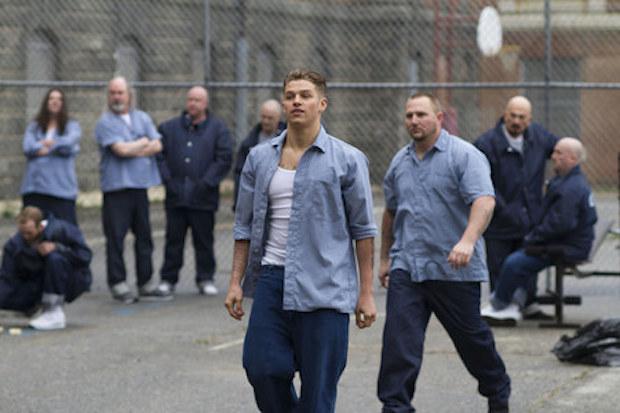