The seemingly fierce and tough Machete finally receives an unexpected shock when he surprisingly meets a miniature version of himself. An extended scene from the action crime thriller, ‘Machete Kills,’ has been released, in anticipation of the film’s Blu-ray and DVD release on Tuesday.

In the clip, Machete, played by Danny Trejo, confronts corrupt businessman, Luther Voz, portrayed by Mel Gibson. Luther reveals that he has assassins in several countries, who are ready to unleash unrecoverable anarchy on the world. Luther wants Machete to accompany him to destroy Earth, and create a new, perfect world. The villain reveals he has taken some of the title character’s DNA, and has cloned him to make the perfect killing machine.

Robert Rodriguez returned to the action franchise to direct ‘Machete Kills,’ after he helmed its 2010 predecessor, ‘Machete.’ The sequel, which was written by Kyle Ward, features such returning series actors as Trejo, Michelle Rodriguez and Jessica Alba, as well as new stars, including Gibson, Amber Heard, Charlie Sheen, Alexa Vega and Sofia Vergara. 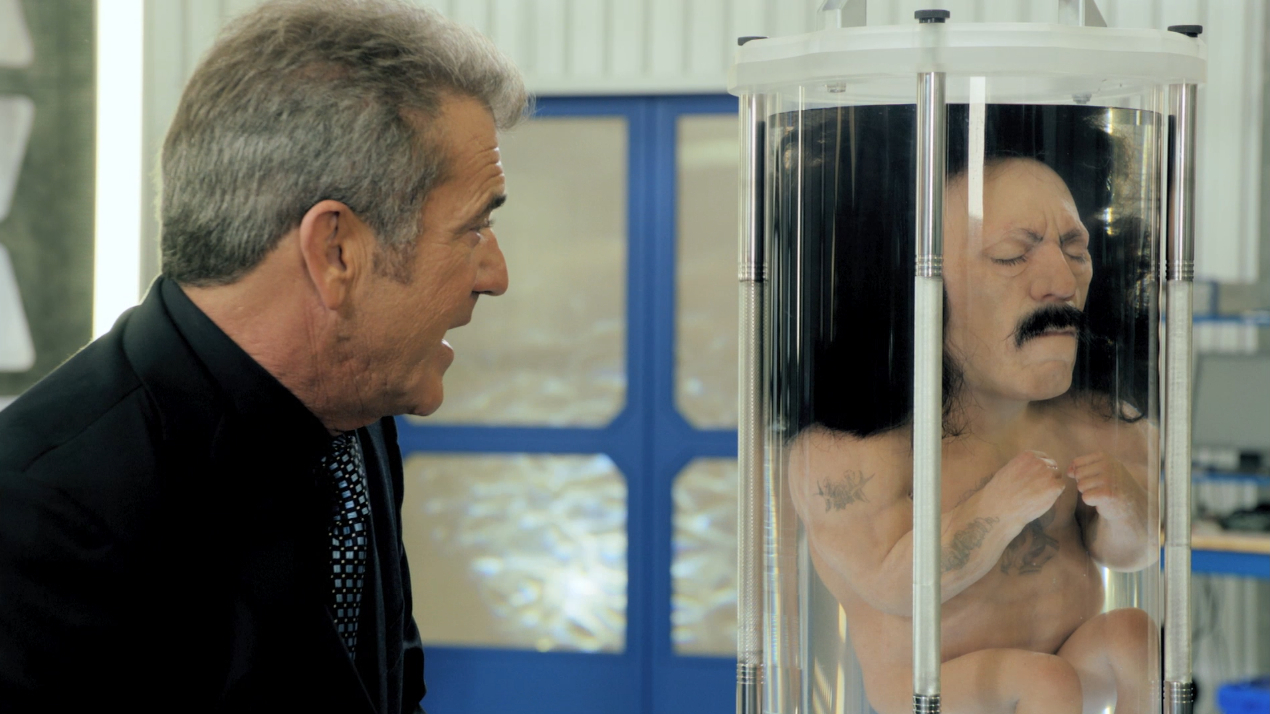