Uncovering the true motives of people in dire and distressing situations that greatly deviate from the norm of society can be a harrowing situation for those involved, but can ultimately provide for enthralling character studies. This stimulating exploration of people who willingly delve into the taboos of society to uncover the reasoning why others extract pleasure from forbidden activities is captivatingly presented in writer-director Joe Swanberg’s new suspense film, ’24 Exposures.’ Combining natural chemistry between the cast members with interesting visuals, the movie is a noteworthy tribute to exploitation films that thrive of the manipulation of its characters.

Both Alex and Callie become weary and jealous of Billy’s blooming relationship with their acquaintance, waitress Rebecca (Helen Rogers), as he pursues her to pose for him. Rebecca decides to accept the offer, and gratuitously pursues the relationship, much to the increasing qualms of her jealous boyfriend.

Billy’s interactions with his models and girlfriend become intertwined with a police investigation, led by detective Mike (Simon Barrett), of an actual murder of one of the girls in the photographs. The officer investigates whether her death is somehow connected to Billy and his crew. In the process, the professional and personal relationships between the detective and photographer become blurred, leading Mike’s superiors to question if he is remaining objective throughout the investigation.

Wingard and Barrett, who previously worked together and with Swanberg on such recent horror films as ‘V/H/S,’ ‘V/H/S 2’ and ‘You’re Next,’ have developed genuine working relationships together that naturally translated onto the screen in ’24 Exposures.’ The writer-director of their latest collaboration allowed Wingard and Barrett to infuse the photographer and detective with a shared interest in gruesome acts of violence that brought the two characters together. While Mike is initially weary of Billy and is unsure of whether or not the photographer is innocent of the crime, given the violent nature of his work, their shared connection understandably brought them together as friends. The authenticity of the actors’ relationship made it plausible that the detective would give up his objectivity to become personally involved with the photographer and his lifestyle.

The two actors, who both also have experience writing and directing, infused the photographer and detective with morbid curiosity and attraction, reflecting many people’s secret fascination with the dead. While Billy and Mike haven’t stooped to the level of the people who would commit the crimes they’ve become obsessed with exploring, the actors powerfully highlighted their characters’ unwavering attraction to exploring the gruesome aftermath of the violence. Wingard and Barrett’s sincere relationship is the most realistic in the film, making the fact that Billy and Mike would sacrifice their careers and other bonds believable.

Besides the naturalistic portrayals of two seemingly different people searching for a true connection with someone who understands their mindset and interests, the visuals of ’24 Exposures’ also intriguingly highlight the gruesome world Billy and Mike are entangled in. The film’s make-up artist, Marissa Kaye, created shocking and disturbing representations of battered and beaten women that the photographer and detective are so keen of studying. From a model made up to look like a suicide victim in a bathtub, on whom Kaye created elaborate cut marks on her wrists, to another model beaten and abandoned on the shore of a lake, the actresses playing the models genuinely and frightening look like they were the victims of violent crimes.

’24 Exposures’ is also a grippingly modern tale that creatively used camera tricks from ’70s exploitation cinema to also give it a visually retro feeling. Adam Pinney infused the story with jarring, captivating cinematography and unique shots, particularly of the models Billy was photographing, to bring audiences into the gritty underground world Billy and Mike were illuminatingly pulled into. From the dark close-up shots of the women that called into question whether they’re true victims of crime or models posing for Billy’s pictures, to the wide shots of Billy and his crew setting up shots in deteriorating and dingy locations, Pinney elicited the fear of women who may fall prey to men who want to use them for their own pleasure.

The suspense film effectively offered naturalistic portrayals, particularly from Wingard and Barrett, who showcased how two seemingly different people search for a true connection with someone who understands their mindset and interests. The visuals of ’24 Exposures,’ particularly the make-up and cinematography, also intriguingly highlight the gruesome world Billy and Mike are entangled in. Swanberg’s latest effort is a captivating insight into how people react and function in disturbing and stressful situations, but is also driven by dark humor that drives people’s morbid curiosity. 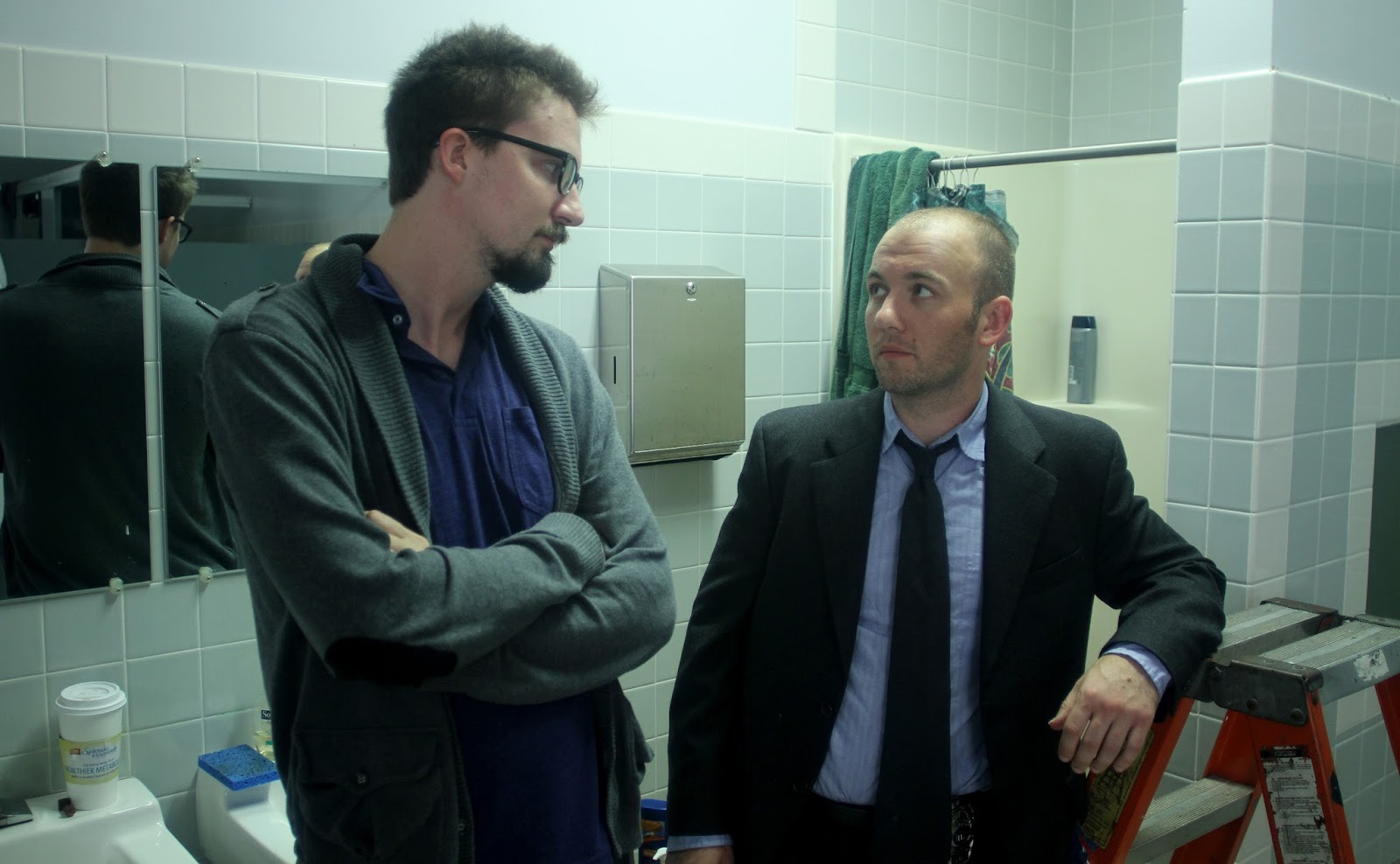