To be effective, movies about loss must begin by establishing several things. Most importantly, there must be sympathy for the one who is gone as well as for those that are left behind. Cambodian director Hong Khaou’s film Lilting begins with Kai (Andrew Leung) visiting his mother Junn (Cheng Pei Pei) in an assisted-living home. While Junn scolds her son for being forgetful and abandoning his mother, their conversation is one laced with love. The film begins its poignant journey when a knock at the door causes the entrance of a caretaker and the devastating disappearance of Kai, who we immediately understand has recently died, leaving his mother all alone.

Junn is not a particularly positive or sunny woman. Even in the film’s first scene, where Kai appears to be alive and well, she expresses a disgruntled, dejected attitude, much of which stems from the fact that the Cambodian-Chinese woman has lived in England for a number of years and still cannot understand even the most basic English. Kai’s boyfriend Richard (Ben Wishaw) arrives at the home one day, which spurs anger and resentment from the woman who believes that Richard was merely her son’s obnoxious roommate. Richard decides that he must help his late partner’s mother, and, in a moving act of compassion, hires Vann (Naomi Christie), who speaks the same language as Junn, to help translate for Junn and her new senior citizen boyfriend Alan (Peter Bowles).

Predictably, Junn is far from thankful to Richard for his loving gesture. While she is glad to be able to converse with a man whom she has previously only embraced and smiled at, she is not looking for a major romance in her life that comes with all the baggage of histories and other relationships. Both Junn and the generally kindhearted Alan become irritated with both Richard and Vann, whose constant presence causes them to feel watched. Serious differences present themselves when Alan reveals that he has two children with whom he is not close, a horrifying truth for Junn to digest.

Though Junn is in many ways the film’s primary protagonist, Richard also plays an important and central role. There are a number of scenes that flash back to before Kai was killed which reveal the depth of their connection. Richard wears that pain on his face and in his eyes, and his grieving process is made all the more difficult by the fact that he must keep the nature of his relationship with Kai from Junn, trying to express why he feels so responsible for her without blowing his cover. Vann, who first meets Richard when he hires her for her translating services, adds a sympathetic dimension to the situation, often taking sides in the middle of a conversation which she in effect can control.

Lilting, as its title might suggest, is not a fast-paced film. Several scenes are replayed almost in their entirety to mediocre effect. There are some bizarre freeze-frame moments that occur in the middle of scenes, and they feel out of place. The film is at its most powerful when Junn or Richard zones out midway through a conversation and that feeling of unbelievable loss sets in as if it’s being experienced for the first time all over again. As a whole, the film finds those moments every once in a while, and the time in between is sprinkled with amusing dialogue and occasionally engaging interactions. 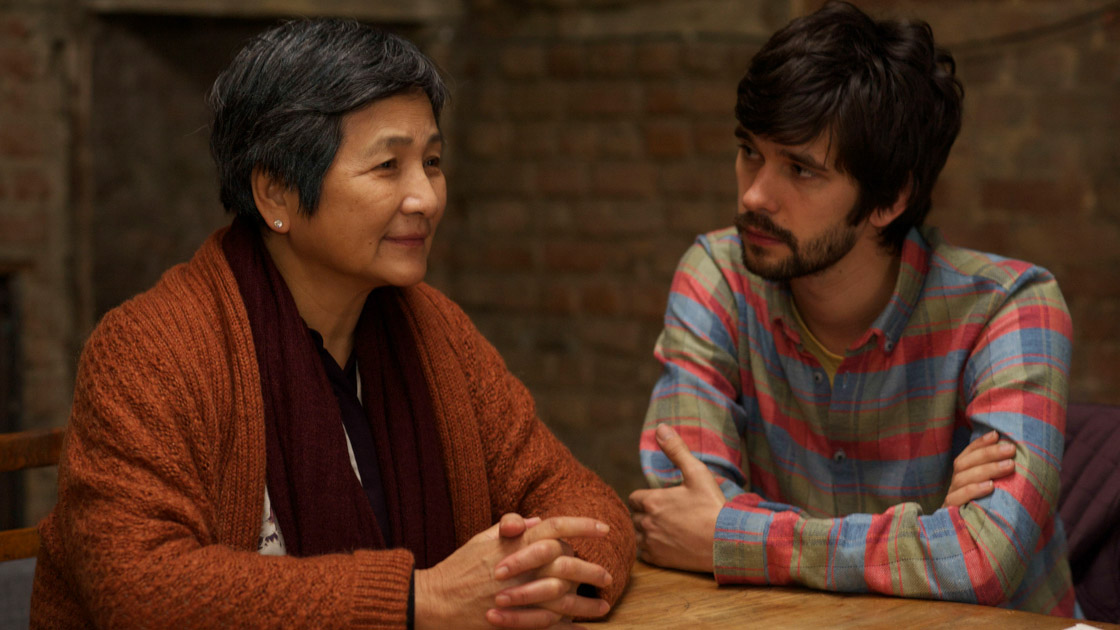 Cancel reply
The Green Prince Movie Review
Exclusive: Anton Yelchin Talks on the Set of Burying the Ex
To Top