There are many ways to establish a dystopia. Isolating one character and making his loneliness felt is one of the most effective, and it helps if all around him is relatively gray and mellow. In the first scene of The Double, Simon James (Jesse Eisenberg) is asked to get up on the subway because he’s in another passenger’s seat, despite the fact that the train car has no one else in it. Everything about Simon’s life is lackluster, and he is constantly trampled on and unnoticed, living as if he does not exist in this peculiar universe that could easily be set in the past or the future.

The film’s title references the appearance of James Simon (also Eisenberg), a physical carbon copy of Simon who embodies all that he wishes he could be. Instead of being talked down to by the waitress at the restaurant he frequents regularly, James demands eggs for dinner even though they are an item reserved for mornings. He impresses the boss effortlessly without any true knowledge of what the work is. He seduces the boss’ daughter, an unwilling intern with no interest in seeing what her father does. His behavior starts to approach a dangerous level when James’ plan to help Simon get the girl he lusts after, coworker Hannah (Mia Wasikowska), turns into James going for her himself.

Jesse Eisenberg is an actor well-versed in playing awkward types, with a physicality and posture similar to that of Michael Cera. Eisenberg is at his most antisocial and uncomfortable here, devoid of the mean streak that fueled his Mark Zuckerberg or the comic energy that helped him survive Zombieland. Simon is easy to pity and hard to like, and it’s only when the dashing, devilish James enters the picture that Simon starts to look like the sympathetic good guy. To her credit, Wasikowska makes Hannah a wonderfully complicated and spunky love interest who isn’t quite as nice as she initially seems and whose excitement often gets the best of her.

Eisenberg’s dual roles here present a fun opportunity for him to play against himself, and the film seeks to make that all the more amusing by not denying the fact that they look identical but refusing to allow any of its other characters to confirm it. That insanity makes Simon seem even more out of sync with the world, though it can be argued that his world as a whole is out of sync as well. As with any good mind-bending movie, things get out of hand, and this universe starts to get truly funky. It is possible to follow Simon through the chaos as he starts to become the lone sane man in his world, but it’s not the smoothest or most convincing ride. The concept of The Double, which comes from director Richard Ayoade, who made the terrific Submarine, is clever and enjoyable, but the film is ultimately too moody and grim for its own good, offering a nervously humorous look at one man’s sad and truly messed-up life. 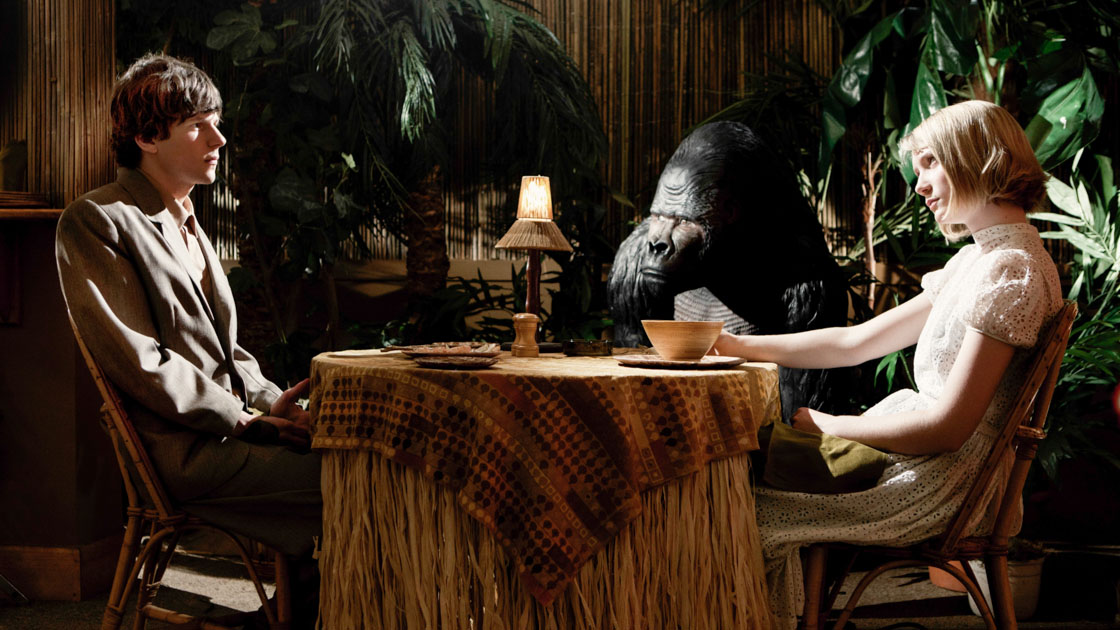 Cancel reply
Exclusive: Anton Yelchin Talks on the Set of Burying the Ex
A Most Wanted Man Movie Review
To Top