Making a film about blindness is not an easy task. Some have tried, but conveying the fact that someone cannot see via a primarily visual medium is challenging. In order to be effective, a film must manage to illustrate the lack of sight and images with some creative combination of those elements and the absence of those elements. Blind, from Norwegian director Eskil Vogt, manages to do so very convincingly, presenting its main character’s life on screen in a powerful and deeply relatable fashion.

Blind is actually the story of three protagonists. Ingrid (Ellin Dorrit Petersen) is the first one introduced, and serves as the film’s narrator. She recounts the sudden and rapid way in which she lost her sight, and in the film’s opening moments explains how she is still able to picture that which she can no longer see, though she can never be sure whether the colors or the details are entirely accurate. She spends her days at home, fearful of going outside. Einar (Marius Kolbenstvedt) is a kindhearted loner who watches pornography excessively and who yearns to have a real woman in his life. Elin (Vera Vitali) has recently relocated to Norway, and also craves the opportunity to spend her life with someone.

The stories of these three protagonists are sold simultaneously, and their lives and innermost feelings are captured in a very visceral way. As the film progresses, a surprising connection between their lives and that of Morten (Henrik Rafaelsen) becomes clear, and the way in which it is revealed is subtle and stunning. Blind has echoes of Malgorzata Szumowska’s Elles and its framing of Juliette Binoche’s Anne as living vicariously through the lives of those she writes about. The script and its realization on screen in Blind are equally strong, and a winning combination together.

For a film that offers such self-reflection, Blind wisely does not dwell on the past. Its characters internalize their feelings about what has happened to them, but no flashbacks to a time before Ingrid’s blindness are shown. Ingrid uses what she remembers and can create in her mind to guide her forward, while Einar and Elin motivate themselves with hopes for the future. The scenes in which they dream and interact are exceptionally constructed, and the visual interpretation of Ingrid’s inability to see is particularly stirring.

The actors in Blind all bring a level of professionalism and honesty to their performances. Petersen is best in her moments of quiet contemplation, and does not make Ingrid excessively likeable. Kolbenstvedt is enormously sympathetic, and his eyes tell so much of Einar’s story. Vitali is sweet and innocent, and Rafaelsen, who played one of the quartet in Happy, Happy, makes Morten a complex and conflicted character, torn between allegiance to his wife and the pursuit of his own happiness. Blind is a thoroughly engaging and pleasantly creative experience, one that commits equally to all of its characters, putting all of their flaws on the table but refusing to judge them for what they do and feel. 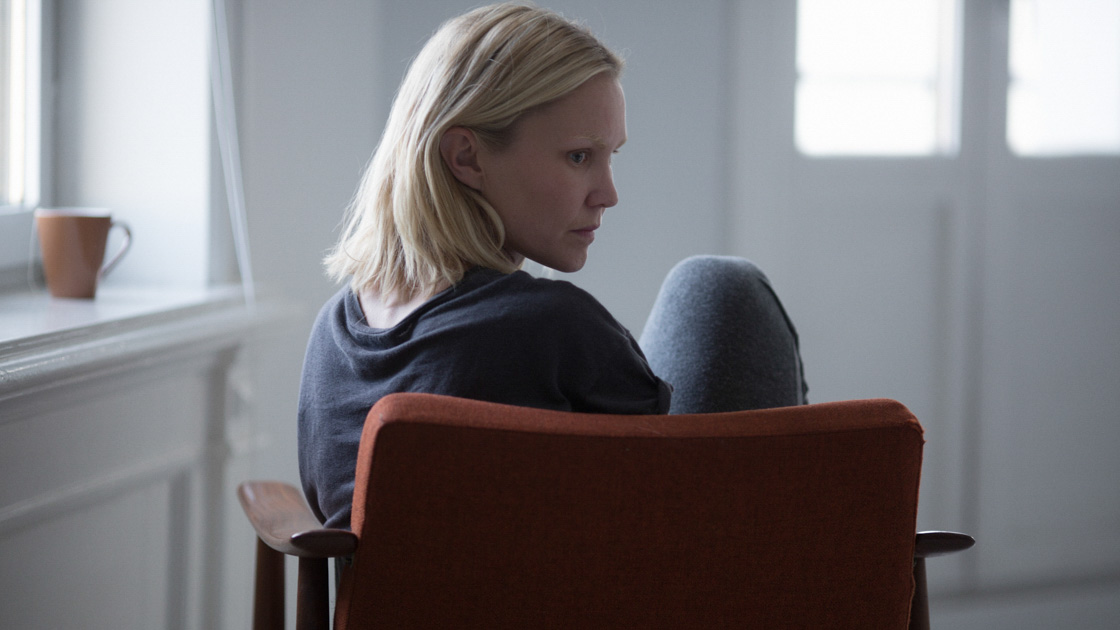