There are all different kinds of troublesome kids. There are those bright young people that won’t apply themselves because their schoolwork is not challenging, and others who don’t focus well in a classroom setting and therefore seem less intelligent than they actually are. And then there are those who fit the term juvenile delinquent, constantly doing illegal things and showing no signs or remorse or a foreseeable change in behavior. Jacob (Josh Wiggins) is that child exactly, and his story of lawbreaking and a quest for motocross greatness makes for one immensely involving film.

Jacob is first seen in a parking lot during a sports game helping to set fire to a car and smashing in its body and windows. Jacob makes a mad dash for freedom when the owners of the car arrive, and it is made clear that this is far from his first brush with the law. His father, Hollis (Aaron Paul), is eternally absent, spending all day working on the house he had planned to build for Jacob’s recently deceased mother. Jacob is the ultimate idol for his younger brother, Wes (Deke Garner), who he constantly pulls into his illegal acts but never allows to be caught or penalized. Jacob’s acts in part stem from the death of his mother and from his sense of frustration with the way his family life has turned out.

Child actors are so rarely given star billing for a film (understandably so), but this is entirely Wiggins’ movie. Taking a cue from the similarly excellent and child-centric Mud from the Sundance Film Festival last year, Wiggins turns in an incredible, star-making performance as Jacob. His emotions would be entirely visible on his face if he didn’t wear a perpetual mask of smugness and anger. Ten-year-old Garner is equally terrific as the less confrontational Wes, whose presence helps to remind that these two are in fact children since Jacob conducts himself as if he was an independent adult.

Following his transformative role on Breaking Bad, this is exactly the kind of role suited for an actor such as Paul. Toning down his nervous excitement, Paul becomes an entirely different character here, a distracted dad who springs into action only when he feels that he may soon lose what he still does have left. It’s an emotional performance, as he wears that loss on his face that Jacob tries so hard to hide. Juliette Lewis gets the rare opportunity to play the straight arrow role model as Hollis’ sister-in-law Pam who is initially given custody of Wes. The other child actors offer excellent support to this extraordinary cast.

Hellion is a film that invests in its main character, bringing to the surface his hopes and dreams, exemplified in his obsession with motocross and his desire to win a local championship so that he can go on to the national competition and become a star. There is much else buried beneath that desire, and this well-made film does a terrific job of exposing it. The cinematography and editing are focused and purposeful, and the film ends on an immersed powerful note that makes all that led up to it extremely haunting and worthwhile. 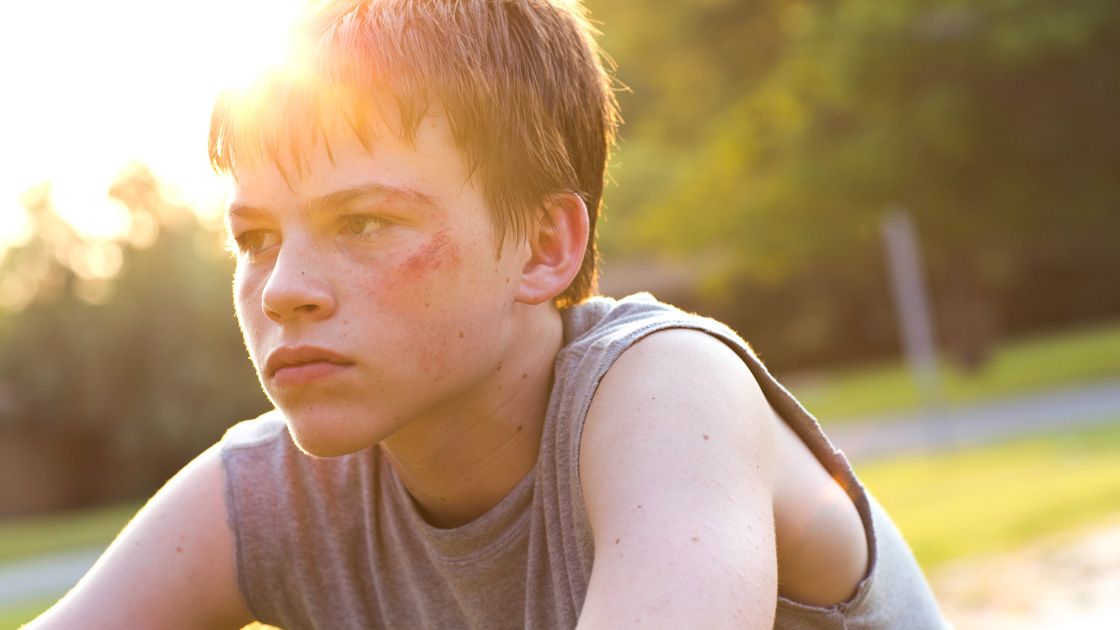