There are things that are inherently weird, and showcasing them as if they are normal can make them vastly compelling. Frank does not entirely abandon the ludicrous component of its premise by having its narrator, Jon (Domnhall Gleeson), point out the various oddities of its title character. Yet any film about a man who wears a giant fake head is bound to be strange, and must face the challenge of getting past its peculiarity to tell a rich and memorable story. That’s certainly the case here, and it’s definitely hard to forget the unendingly talented and enigmatic Frank.

Jon is a lonely but spirited young man living with his parents who ends up in the right place at the right time as a band’s keyboardist runs into the ocean to try to end his life on the eve of a gig. While subbing in, Jon first sees Frank, who walks around with his fake head on at all times and is revered by the members of his band. One gig quickly turns into months living in rural Ireland working with Frank and his specific criteria to help create a unique sound and make some great music.

There is a certain suspension of belief that comes with Frank’s mere existence and the fact that no one around him except for Jon questions the fact that he never takes off the head. The sight of him in the shower with his head covered by a plastic bag so that it won’t get wet is amusing, and watching him give hugs elicits chuckles as well. Yet what’s so mesmerizing about Frank is that he really is a superman of sorts. He knows exactly what to say to comfort his bandmates in times of trouble, and, during a run-in with a foreign couple, he immediately begins speaking their language, as if all the knowledge in the world was programmed into his invisible brain.

Jon is present in the film to serve as its grounding force, constantly pointing out the absurdity of Frank and the entire band of musicians who follow him as if he can do no wrong. Jon’s journey is assisted by onscreen Twitter posts that share his feelings about what is going on, and most often include are quite humorous in nature. That relatively simple framing device is extremely effective in keeping Frank and its title character from going over the edge.

Gleeson, whose father is the talented actor Brendan, gets a fun chance to play straight man here, and he milks the comedic moments he does get for all they’re worth. Maggie Gyllenhaal is at her best playing a coldhearted band member who has nothing but furious disdain for Jon, and Scoot McNairy is another great band member. Highest praise, however, goes to Michael Fassbender, who is unrecognizable, not just physically, as the marvelously mysterious Frank. The film wouldn’t have worked without his unique approach to such a wild and contradictorily uninhibited character. 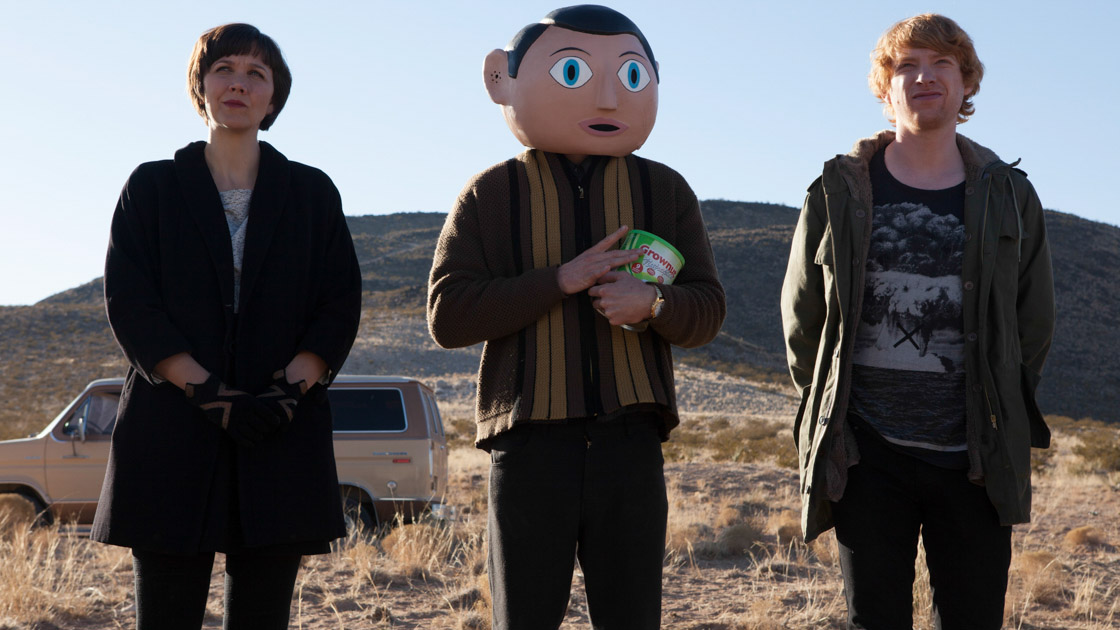