A Slamdance Film Festival world premiere and documentary competition title that delves into a subset of the disastrous aftereffects of the April, 2010, British Petroleum Deepwater Horizon oil spill, “Vanishing Pearls: The Oystermen of Pointe à la Hache” is a devastating piece of community portraiture, and a look at the diminished choices of the working poor. Directed by Nailah Jefferson, this modestly scaled but no less heartrending work is instructive about the different public faces — of hearty contrition, fact-checking impediment and general disguise — that corporations will try on, depending on how many cameras are on them and what best suits their most pressing purposes.

The fertile Gulf Coast crescent is home to more than 15,000 species of aquatic life, and so of course many businesses are tied to the commercial fishing industry. The BP oil spill, then, especially coming so close on the heels of Hurricane Katrina, wasn’t an environmental disaster in some abstract sense — it was a direct attack on the livelihood of many dozens if not hundreds of small towns whose residents depend on the sea for their income as well as their food. “Vanishing Pearls” looks in particular at the manmade calamity’s impact on Louisiana oystermen, since that shellfish takes longer to recover from toxic materials, and may have been done further harm by the use of chemical dispersants to break up and/or sink oil from the surface of the ocean.

Much of the film focuses on Byron Encalade — a third-generation trawler of these waters and a former president of the Louisiana Oystermen Association — and the extended-family employees of his small but successful business. After an interesting and dimension-adding passage that details the hard-fought rights of many of these independent fishermen — African-Americans, who for several generations often share-chopped waters, had to triumph over a racist hand-dredge law in Plaquemines Parish that was finally struck down in 1979 — the film then cuts its way chronologically through BP’s response to the massive oil spill, charting promises both kept and broken. In doing so, “Vanishing Pearls” throws a light on the purchasing power of corporate might over both science and reason; Jefferson’s film asks tough, sincere questions about the foundational value of a community’s bedrock, and whether that is worth more than $5,000 to $25,000 one-time payouts that absolve BP of any future financial liability.

There’s no smoking-gun investigatory work here — whether or not chemical dispersants like Corexit were used within 75 miles of coastline, for instance — so while a December 2013 federal government report finally lent official weight to the disproportionate damage done to Louisiana’s East Bank, one feels during certain passages the need for even more forward-leaning scrutiny and analysis. While “Vanishing Pearls” works in fine fashion as a grief mop, evoking sympathy for its subjects, it wields its science with a bit less self-confidence, and one can’t escape the feeling that a pinch of provocation or funneled rage would do it some good.

It’s to Jefferson’s credit that she corrals both Dr. Wes Tunnell, the scientist who was paid $550,000 for 10 days work on a quick-turnaround environmental impact report for BP, and Kenneth Feinberg, whose law firm was contracted by BP to oversee the Gulf Coast Claims Facility (GCCF) payout process, for interviews. And they largely acquit themselves. This dissent is crucial for a well-rounded portrait of this sad situation. But it’s also here that Jefferson’s reflexive identification with Encalade and the others comes through, along with the lack of a more pointed journalistic background.

There is no one easy answer or solution that emerges from “Vanishing Pearls” — no single decision that, if reversed, would bring stability to residents of Pointe à la Hache. And maybe that’s what’s saddest of all — that the exploitation of the poor takes many shapes, but that they are also among the most economically susceptible to forces of change beyond their control.

NOTE: For more information on the film, visit its website at www.VanishingPearls.com. 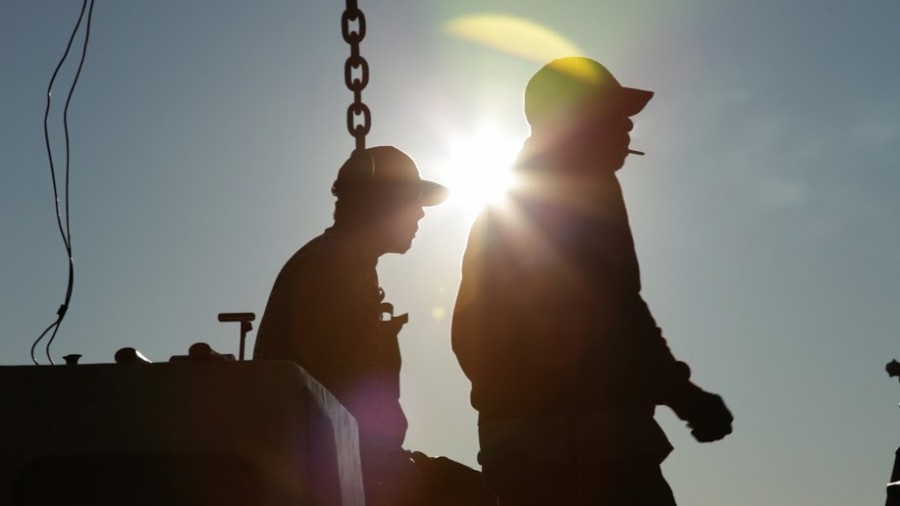