There’s something remarkably simple and familiar about the notion of two retired men taking a trip and attempting to infuse some energy into their relatively mundane lives. That such a premise is so common makes the creation of a worthwhile film all the more difficult, and therefore it’s a pleasure to see Land Ho!, a marvelous and hilarious story about two men related by marriage heading to Iceland for a relaxed getaway. Land Ho! is immensely endearing and quite funny, equally due to its cast and to the writing-directing duo behind the camera.

Paul Eenhoorn, who starred in last year’s This Is Martin Bonner at Sundance, plays Colin, an Australian man whose first wife has died and whose subsequent marriage has quickly fizzled. When he comes to see his late wife’s ex-brother-in-law, Mitch (Earl Lynn Nelson), Colin learns that he has purchased first-class tickets to Iceland with the intention of taking Colin for an invigorating trip. Hopeless to resist, Mitch agrees, and soon the two are off to what will be a memorable and humorous voyage.

It’s rare to have a breakout performance from an actor in his seventies. This film, however, contains just that. Earl Lynn Nelson, who in real life is a doctor in Kentucky, is an absolutely magnificent discovery as Mitch. The way in which he delivers all of his lines is with such comic intentionality, and he never misses the opportunity to make a blunt and unapologetic sexual reference. Eenhoorn, who is a very effective straight man, steps in for the audience in their scenes together, appalled at the content of what Mitch is saying but unable to argue just how amusing it is. Nelsons fires off priceless line after priceless line for the entire duration of the film, and it’s hard to stop laughing when he’s on screen.

The plot of Land Ho! is not complicated, and it’s in that relaxed structure that the film finds its voice. In Iceland, Mitch discovers that his younger cousin Ellen (Karrie Crouse) is visiting with her friend Janet (Elizabeth McKee). As soon as they pick them up at the airport, Mitch begins firing off comments about their appearance and sexuality. Their time together at dinner and out at a club showcase honest and amusing conversations between the four, and it’s refreshing to see such well-written characters. The script is also laced with great film references that aren’t too typically heard in movies.

Nelsons is the undisputed star of the film, and Eenhoorn follows up on his standout performance last year with another quiet turn. While Mitch speaks aloud his every thought, Colin is more understated and introverted, and therefore everything he says is well worth listening to. Crouse and McKee are terrific in their selected scenes, and the film’s fifth cast member, Alicia Olivia Clarke, who plays Nadine, a Canadian photographer vacationing in Iceland, is great too. This tight-knit ensemble works exceptionally well together, and they’re supported by a fantastic script that turns what could have been an ordinary story into a remarkably funny, fresh film. 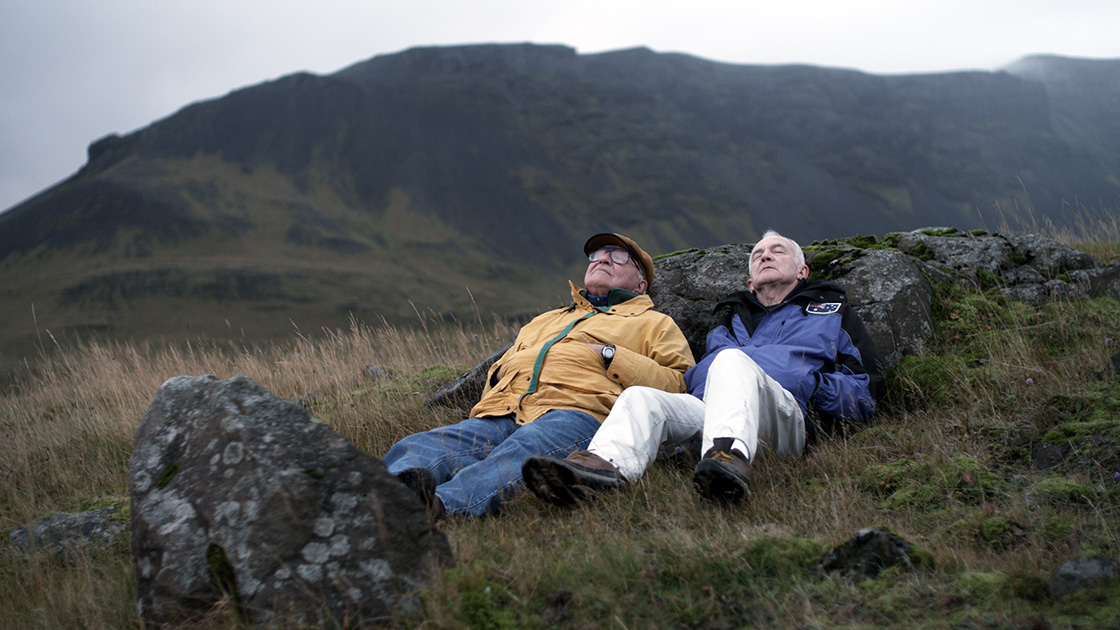