Title: Wish I Was Here

In 2004, in the middle of his successful run as the goofy star of NBC’s Scrubs, Zach Braff directed his first film. Garden State was an exceptionally shot, marvelously artsy film that defined Braff’s feelings about being an adult. Since then, Braff has appeared in a few movies as an actor, but Wish I Was Here is his first time stepping back behind the camera. Though it lacks the same technical creativity, Braff’s second film still feels very much his, as he tells another story of a man uncertain of his place in the world.

Instead of playing a single struggling actor, Braff here plays a married struggled actor. Aidan is married to Sarah (Kate Hudson), who works an unexciting desk job to support the family. His bright young daughter Grace (Joey King) enjoys school, while his son Tucker (Pierce Gagnon) does not have the same intellectual prowess. His father Saul (Mandy Patinkin) pays for their schooling, and as a result his grandchildren go to an Orthodox yeshiva. When his father gets sick and can no longer afford the tuition payments, Aidan must get serious and take a look at how sustainable his life really is.

One casting choice in Wish I Was Here is particularly telling. Patinkin plays the type of character he always plays, and he represents a firm cultural Judaism that mandates the continuation of tradition for tradition’s sake. Braff portrays Aidan as a man utterly uninterested in his religion, and quite spiteful of the fact that it is such a big part of his family members’ lives. His daughter discusses Orthodox customs with enthusiasm, and even Sarah, who Saul condescendingly points out is only half-Jewish, references Jewish terms and traditions in a way that implies some level of support which Aidan is unwilling to show. Aidan’s conversations with the rabbis at the yeshiva often yield frustratingly dense answers, and rarely does a religious moment leave Aidan feeling good about his religion.

Wish I Was Here is as much about Aidan confronting his relationship to his religion as it is him contemplating his role as a parent. When Sarah suggests Aidan home-school his children, a comedic scene ensues in which Grace ends up playing the professor and both children end up asleep and taped to chairs while watching Reading Rainbow. There are funny moments in the film, but it’s at its strongest when its characters try to get serious. That isn’t quite possible for Aidan’s brother Noah (Josh Gad), whose Internet trolling and Comic-Con enthusiasm don’t add much to the film.

As an actor, Braff fluctuates between silly and dramatic, and succeeds in both areas. Hudson is convincing as well, and this is a part that Patinkin plays effortlessly since it’s made up of so many of the characters he has portrayed in the past (and continues to on Homeland). King and Gagnon are both equal parts pretentious and endearing, and the talented young actors are relatively believable. A number of Braff’s Scrubs pals, including Donald Faison, Michael Weston, and Matt Wintson, make appearances, though the best TV star in the cast is Jim Parsons as a fellow struggling actor. Wish I Was Here has a decent idea of what it wants to be, and though it doesn’t completely accomplish that, it is relatively entertaining and enjoyable. 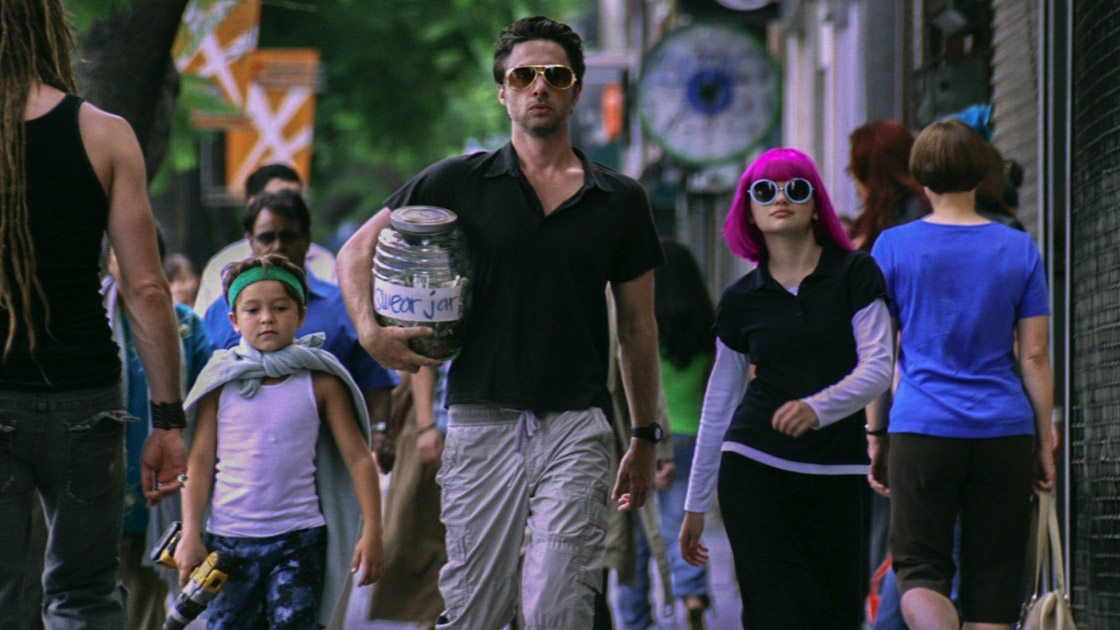