Setting an entire film in a single location can be an incredible opportunity. Very often, a one-setting movie can feel a lot like a play, and it’s up to the director, cinematographer, editor, and others to ensure that cinematic assets are used to elevate it to a different level. Steven Knight’s Locke is particularly ambitious, following Ivan Locke (Tom Hardy) on his long drive from work in his car as he makes phone call after phone call to various people in his life. The gamble pays off, and this entirely car-set movie is just as gripping as if its many voices were seen on screen.

Locke is first seen leaving a construction site and getting into his car. From there, he is driving consistently on the highway, and using his Bluetooth system to make calls to a number of people. He calls home and speaks to his sons and his wife. He calls the secretary who he slept with who is currently in labor about have his baby (which is his driving destination). He calls his number two at the construction site and his boss (listed as “Bastard” in his contacts) and informs them that he will not be coming in the next day, which just happens to be one of their biggest and most important deliveries.

Locke’s life details and the specifics of his struggles on that evening are revealed via speaker phone. Because the secretary is giving birth two months early, Locke was not able to plan appropriately for that which he will miss as a result of being with her to avoid repeating the mistakes of his father and letting his son grow up without knowing that his father acknowledges his existence. Locke makes a number of uncomfortable calls in the car, and his cool, stoic persona helps him to make it through the severity and awkwardness of those moments.

Tom Hardy is one of the main reasons that this film works. Hardy commits fully to bringing to life a character who literally takes up the entire space of the film, serving as the only cast member seen on screen. Much of Hardy’s performance comes from the tone of his voice and the way in which he speaks to others on the phone, but an equally important comment is the expression on his face and his physical mannerisms. As Locke drives forward, he experiences many emotions, and watching the combination of his face and the car and headlights is enormously compelling.

Steven Knight is an Oscar-nominated screenwriter, well-known for his scripts for Eastern Promises and Dirty Pretty Things. With this film, which he also directs, Knight has crafted an impressive film with multiple plotlines, all of which take place purely on speakerphone. Juggling the characters in Locke’s phone and enabling their stories to seem real and not just overheard constructions is a challenge, one which Knight and Hardy respond to more than adequately, with sleek cinematography and editing to assist. Locke is in many ways an experimental film, but the way it plays, it might as well be an above-average standard narrative. 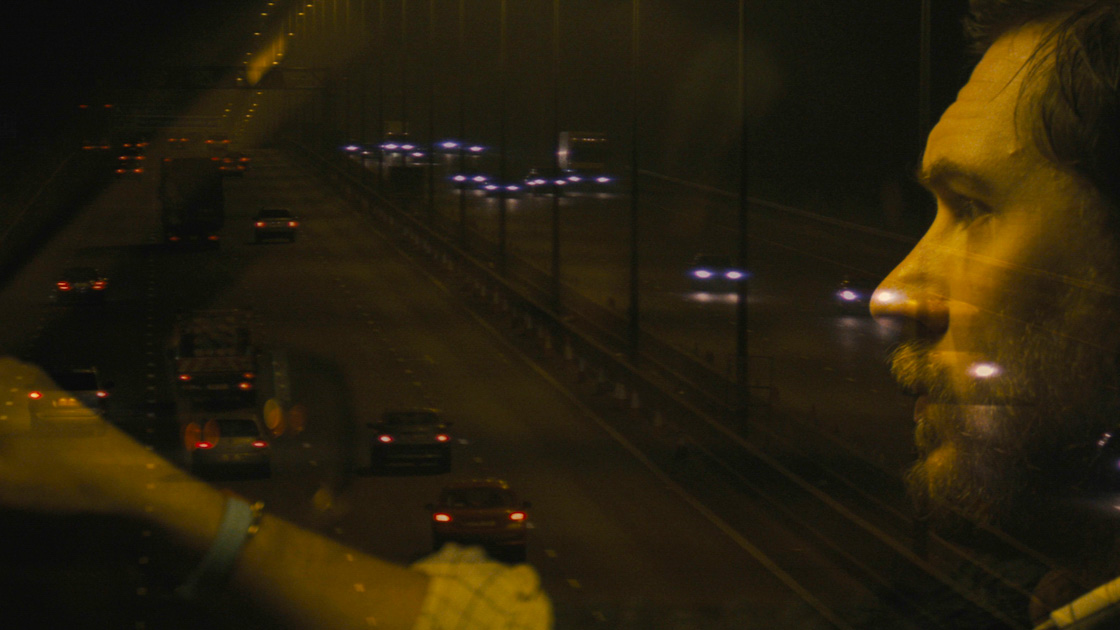