Title: The Sublime and Beautiful

Solid acting and filmmaking technique breathe a good bit of life into “The Sublime and Beautiful,” a Slamdance Film Festival world premiere and narrative feature competition title, but there is ultimately not enough of distinguished merit to save the movie from a screenplay that trades in rote, plodding dramatic developments and say-nothing symbolism. While not without a couple moments of nicely observed quiet heartache, too much of this impressionistic tale of survivor’s guilt, built around a drunk driving accident that robs a small town couple of their three children, is balanced alongside meandering story beats that resonate as vague, indistinct, phony or some combination thereof. The result is an enormously frustrating viewing experience.

Multi-hyphenate Blake Robbins stars as David Conrad, a 46-year-old college teacher and father of three whose life is thrown into a tailspin when his wife Kelly (Laura Kirk) is involved in a car accident with a drunk driver that leaves all of their children dead. Uncertain of how to move on, David withdrawls from Kelly and, ironically, turns to booze, as he begins to nurse a dark and growing inclination with revenge against the man whose thoughtlessness has destroyed his life.

The death of children is a familiar tragic cinematic device, and one which can be used both effectively and cheaply to plumb to the psyches of those with a sudden void in their lives. Films which “The Sublime and Beautiful” recall, then, are numerous — from “Reservation Road” and “Rabbit Hole” to more recent fare like last fall’s “Prisoners,” as well as any number of more literal-minded straight-to-video offerings.

As an actor, Robbins has a naturally sympathetic visage, plus the intelligence to not turn up too many scenes to a high boil. He even concocts a number of evocative wordless sequences, as when David drives to the house of the injured-but-alive offending party and leaves his daughter’s car seat in the front yard. Similarly, as a director, Robbins admirably oversees a solid below-the-line crew. Cinematographer Lyn Moncrief knows how to use spaces and framing to communicate inner hurt, and mournful music by Lily Haydn adds to the dirge-like sensibility with which the film flirts.

Unfortunately, though, Robbins’ screenplay is a muddled mess. It announces there might be problems early on, when David (in a rare moment of actorly overplay) angrily lashes out at hospital staff before he even knows what has happened to his family; moments later, there’s an extraordinarily overdrawn scene of grief, followed by an absolutely blockheaded sequence in which David’s mother delivers a monologue about how “it’s too dangerous to have just one” kid — all while sitting in a hospital room with a semi-conscious Kelly, who doesn’t yet know what has happened to her children. Later, when Robbins has begun to cycle through clichéd bits, you simply know that there will be a moment when Kelly will public create a scene that involves yelling, “Don’t touch me!” Dutifully, Robbins obliges.

The other successes of “The Sublime and Beautiful,” then, its general sense of restrained purpose, make these graceless fumblings all the more maddening. In sly fashion, Robbins crafts David as a man of some moral rectitude, only to then reveal a subplot with a co-worker and mistress, Katie (Anastasia Baranova). He does so little with this, however, as to drive an audience bonkers. Even when he opts for more proactive measures, as with David’s eventual confrontation with his children’s killer, Robbins pushes hurriedly through them, so that he can scurry back to a default state of enervated, representational moping. “The Sublime and Beautiful” is one of those indie movies that mistakes the absence of dramatic friction for Grand Meaning. Wrong, sorry — sometimes it’s just boring.

NOTE: For more information on the film, visit its website at www.TheSublimeMovie.com. 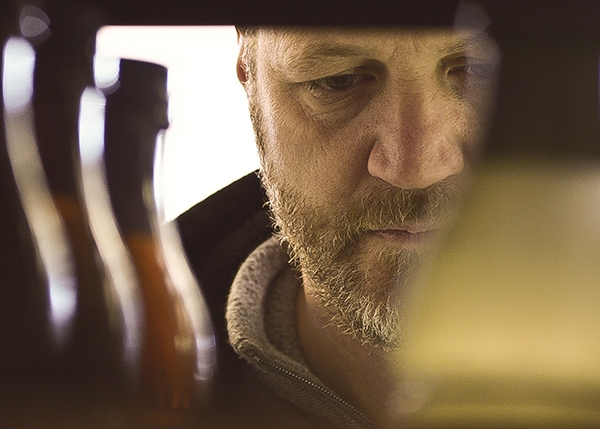