Having the name of a holiday in a film’s title doesn’t necessarily indicate that the holiday plays a central role in the film’s events. Often, it’s the holiday time or even just the notion of coming together as a family that serves an important part in the story. In Happy Christmas, Jenny (Anna Kendrick) comes to Chicago after breaking up with her boyfriend to stay in her brother’s basement while she looks for a place. Jenny’s immersion into adult life isn’t seamless, and she hits quite a few bumps along the way as she tries to get a sense of where she’s headed.

Jenny doesn’t make a particularly great impression on her hosts during her first night. When she goes out with her friend Carson (Lena Dunham), she gets belligerently drunk and refuses to go home. Carson calls Jenny’s brother Jeff (Joe Swanberg), who comes to get her. Jeff’s wife Kelly (Melanie Lynskey) is not pleased, and she urges Jeff to talk to Kelly to tell her that she needs to be more mature and considerate of the baby they have. She certainly is not happy when she comes home to find Jenny giving her number to their babysitter (Mark Webber).

Jenny’s series of bad decisions doesn’t necessarily stop as the film progresses, but there is another surprising parallel plotline. Kelly, an author, yearns to get back to work on a new book and asks her husband if, for Christmas, she can use an office and go there to write as if she were going to a regular job. He agrees, and when Jenny stops by, she recommends a quick fix option to help the family get rich: write an erotic novel. Though her idea proves to be relatively simple-minded, it creates a fun way for Jenny and Kelly to get to know – and like – each other as they discuss which sexual terms to use and the degree to which the book should be explicit.

This is not an enormously inventive story, but it is does manage to be strong and involving due to the magnetic nature of its main character. On the surface, she is an innocent, harmless girl, but there is much beneath the surface that shows itself as the film progresses. Kendrick is a wonderful cinematic discovery, who has already turned in a number of great supporting performances, in films like Up in the Air and 50/50 and headlined Pitch Perfect. Here, she gets the chance to play a flawed, self-destructive young woman who lets her emotions strongly motivate all of her actions. Watching her smile or flirt is appealing, but she’s even more effective when she starts behaving irresponsibly, hopeless to be guided in the right direction. Dunham has a very appropriate, suitably-sized supporting role, and Swanberg does a great job of casting himself in his own movie. Lynskey is well-used also, taking her usual sweet-natured shyness and giving Kelly a bit more edge. The performances help to elevate Happy Christmas to a stage of being both poignant and entertaining. 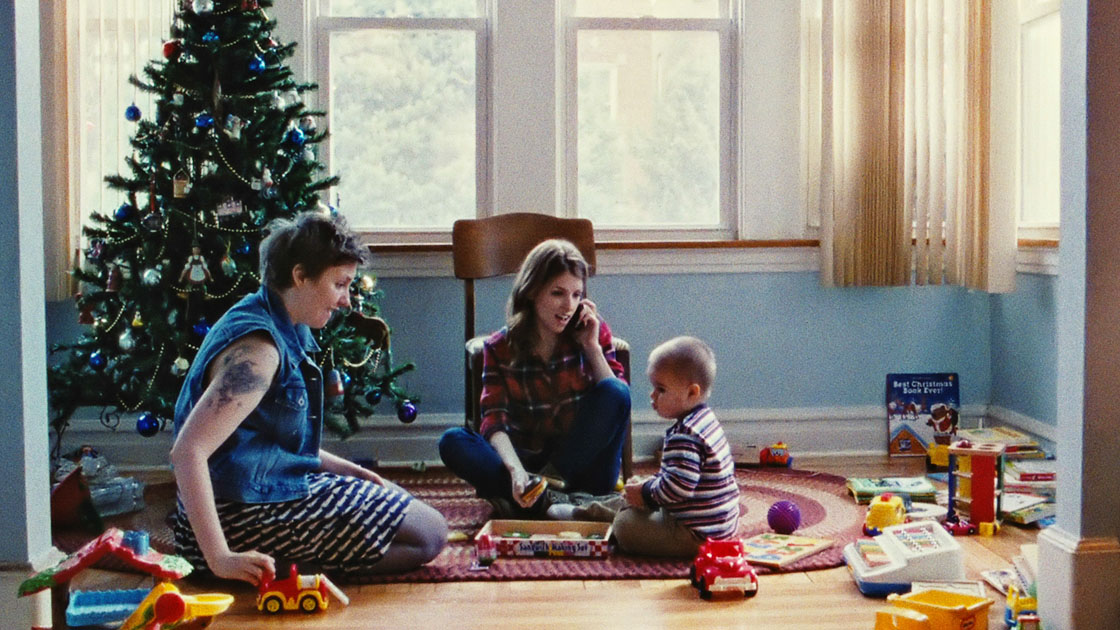