A director’s previous work doesn’t necessarily dictate what his next project will be like, but it can often be informative. John Michael McDonagh made his feature film debut with The Guard in 2011, casting Brendan Gleeson and Don Cheadle as an Irish cop and FBI agent, respectively, working together to take down some very intellectual criminals. It bore a strong resemblance to McDonagh’s brother Martin’s first feature film, In Bruges, telling a story involving violence and death in a darkly comic setting. John’s second feature film does have some comedic undertones, but it’s an altogether bleaker and more disturbing experience.

Gleeson, usually cast in funny roles but also capable of being serious, stars as Father James Lavelle, a priest in a small Irish town. In the film’s opening scene, James is taking confession, and the mystery man speaking to him declares that he was sexually abused by a priest beginning at age seven. Though that priest is now dead, the man seeks revenge on the church, and thinks that killing a good priest will send a strong message. James is told that, one week from that day, he will be killed. Following that impactful start, James begins his week with the knowledge that it will end in his death, and, unfortunately, there are plenty of miserable things to come before then.

The town in which James practices is populated by a number of colorful characters. A butcher seems less than interested in the fact that his wife is having an affair with an African man and a few others in the town. A nurse at the hospital is rather twisted and doesn’t value bedside manner. A rich man brags about all the money he has but seems far from happy after his family deserts him. The police investigator has a relationship with a flamboyant American boy toy. James shares a connection to all of these people, and, as far as he is concerned, they all could be responsible for the threats against his life.

Calvary starts off on a moody note, and it only gets more intense from there. Sweeping shots of the Irish countryside, accompanied by thunderous music, are used to drive home the permanence and worrisome nature of James’ situation. His daughter (Kelly Reilly) arrives with bandages on her wrists, and a joke about making the classic mistake of cutting the wrong way is followed up by scenes of her connecting with the father who became a priest after his wife died, a surefire foreboding sign as his fate has already been prophesized at the opening of the film.

Gleeson manages to play a convincing priest, though he’s had better roles in the past, most notably in none other than The Guard and In Bruges. Reilly brings a certain vulnerability to her character, which serves as a decent follow-up to her breakout part in Flight. The real standouts of the cast are Orla O’Rourke as the unapologetic, promiscuous Veronica and Chris O’Dowd in an atypically dramatic role as the butcher. The film is a haunting rollercoaster that ends on such a brutally memorable note that it’s hard not to leave without feeling an impact. 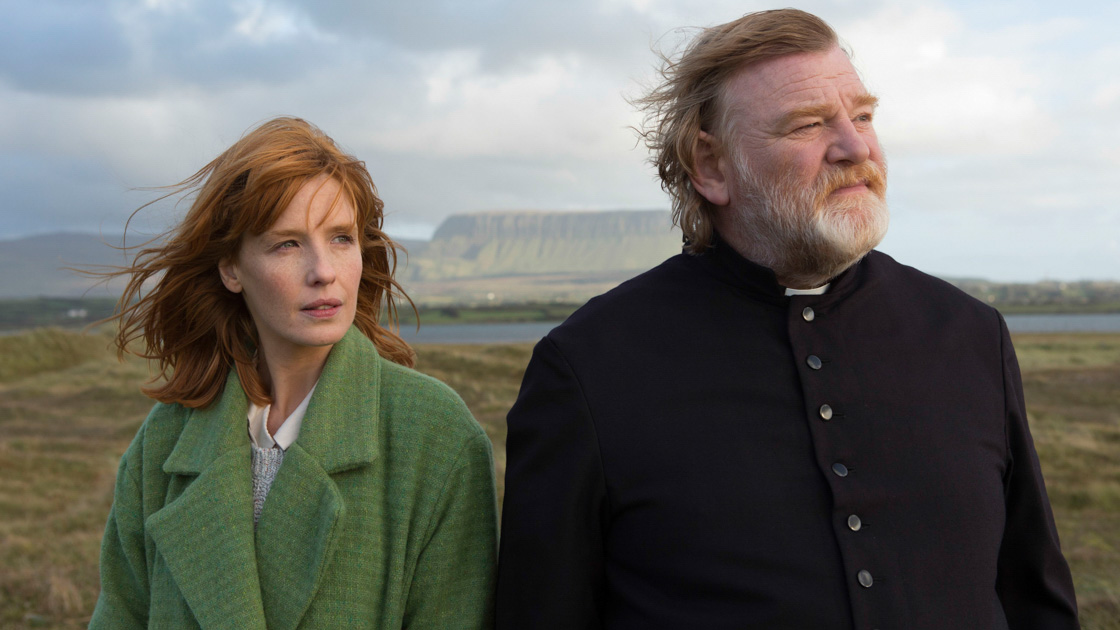