The subject of the treatment of women in Africa is rarely a positive one. Difret begins with its main character, fourteen-year-old Hirut (Tizita Hagere), walking home from school in rural Ethiopia. She sees a group of men with guns riding on horses towards her, and she instantly knows what’s about to happen. The unpleasant, horrifying nature of what ensues is further compounded by Hirut’s escape attempt. She grabs her assailant’s rifle and shoots him as she runs away, killing him. Though the young girl is clearly the one who experienced the trauma, she finds herself the unfortunate victim of a call by the members of her village for her to be punished appropriately.

There is an enormous amount of culture featured in Difret, as the meeting of the village to determine Hirut’s fate includes her abductor’s father, her father, and her schoolteacher. Everything is so interwoven in the community, and most in attendance acknowledge the fact that it is their tradition for men to abduct their brides-to-be. This concept and the history of the village make it so that Hirut is the one facing trial and the penalty of death because she killed the man who abducted and raped her.

Enter Meaza Ashenafi (Meron Getnet), a lawyer from the Ethiopian Women Lawyers Association. She arrives to represent Hirut and to help right the wrong that has been done to her by making her out to be the guilty one when all she did was self-defense. It is plain for any viewer to see that Hirut is being maltreated, but Ethiopian society aligns itself staunchly against her. Meaza must combat the DA’s claims that Hirut is lying about her age and that, because she has hit puberty, she is actually eighteen, and that she should not be released on bail. Meaza’s connection to an influential man in the legal system buys her some time, but it is clear that this is going to be an uphill battle.

Difret, which is based on a true story, is an important film about women’s rights and the dangerous nature of group mentality. Its story is a poignant, empowering one, but to think that this one case stands out among so many others where the abducted girl did not escape or was killed when she tried to escape is extremely upsetting. Difret succeeds as a both a film and a call to social activism, trumpeting the success of the Ethiopian Women Lawyers Association while affirming the many impediments to their work.

There are many ensemble players who portray village residents and legal representatives, but this film works mainly because of its two main actresses. Getnet delivers a resounding performance as the strong-willed, kindhearted Meaza, who will stop at nothing to save Hirut, even endangering her own life to ensure that she can have a future. The young Hegere is equally compelling, portraying a quiet, nervous Hirut who handles her impossible circumstances with an unexpected maturity. Difret is a well-made, memorable film worthy of praise for both its filmmaking qualities and its subject matter.

This film is screening at the Sundance Film Festival in Park City as a World Cinema Dramatic Competition entry. 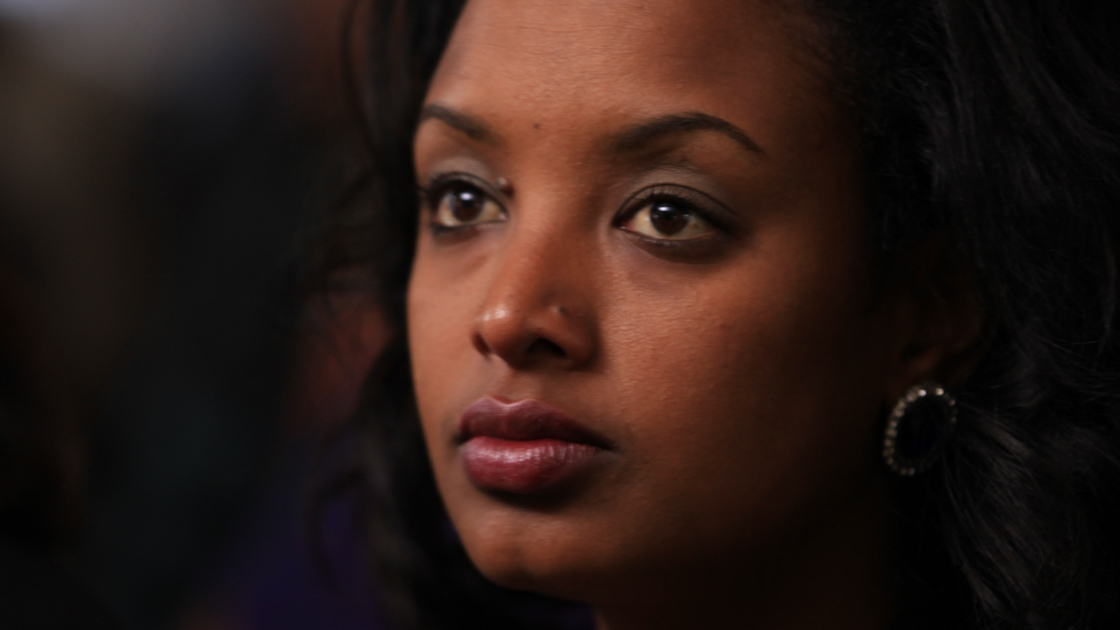