There’s nothing quite as satisfying as a good thriller. Dead people coming back to life or excessive gore aren’t necessary; it’s all about keeping tensions high and not letting viewers retreat from the edge of their seats. Cold in July wastes no time, beginning in the middle of the night in 1989 Texas with Richard Dane (Michael C. Hall) being woken up to the sound of an intruder entering his house. When the intruder shines his flashlight on him, a panicked Dane shoots him in the head. From there, things only get more intense and disconcerting.

Dane, who is a mild-mannered man unaccustomed to killing people, is assured by Ray Price (Nick Damici), the cop handling the case, that he will not have to worry about facing charges for what was clearly self-defense. Motivated by guilt for taking someone’s life, Dane visits the cemetery where the wanted man he killed, Freddy Russell, is being buried. He has the unfortunate displeasure of meeting Freddy’s father Ben (Sam Shepard), who is out for blood and begins threatening Dane’s son. What originally started as an isolated break-in turns into a far more fearsome game which utilizes Dane and his family as bait.

Cold in July starts off as one thing and morphs into another, and then transforms into something else altogether. It’s a marvelously enthralling film, compounding its plot repeatedly. Dane soon realizes that something is amiss and that things may not be as they seem, which thrusts him into completely unexpected territory. His new focus introduces him to Jim Bob (Don Johnson), a pig farmer with a penchant for extravagance and big speeches. Dane’s new discoveries turn out to be even grimmer and darker than what first happened, and the film remains tense as ever as Dane uncovers more and more about his situation.

The mood of Cold in July is incredible, starting off bluntly and violently and then turning into a captivating, breathless, storm-assisted stakeout. As the film progresses and Dane becomes more confident that what he is doing is right, the film takes on a more self-assured air, one which boasts plenty of action and violence. Jeff Grace’s foreboding score is instrumental to keeping the film steady and maintaining its tone, and the combination of editing, cinematography, and music is absolutely magnificent.

Hall, in his own words, gets the chance here to play “someone who didn’t mean to kill anyone” after his successful eight-season stint on Showtime’s Dexter. Dane is a humane, understated person, one who is not immensely likeable due to his short temper and mullet haircut, but who serves as an effective protagonist for this particular story. Shepard is just the right type to play the stoic and serious Ben, who is also transformed from a creepy criminal to something much less expected as the film goes on. The standout, however, is Johnson, whose loud voice and lackadaisical attitude is used to enormous effect as the film’s comic relief and token awesome character. The direction of Cold in July is strong, and the script guides it in exactly the direction it needs to go to make this among the most entrancing, chilling films of the year. 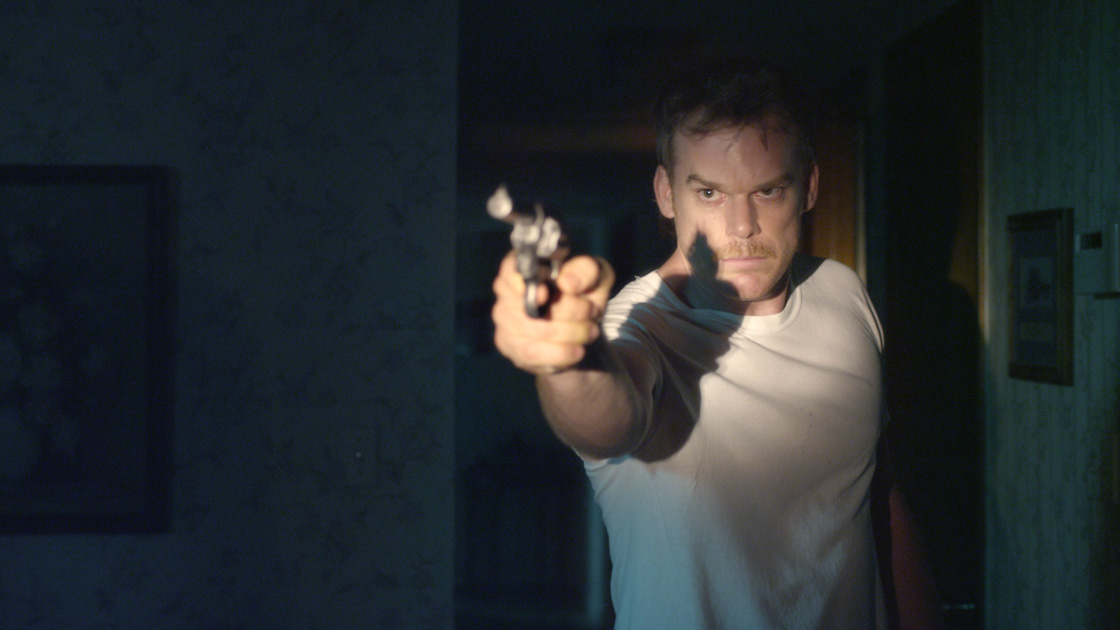