David Cross is an established comedian whose fan base includes devotees of his 1990s sketch comedy show Mr. Show and his most recent revived series, Arrested Development. It’s understandable that the news of Cross stepping behind the camera to direct his first feature film would be met with widespread enthusiasm. Hits is an ambitious indictment of modern-day society and the importance we place on fame. It starts out as a searing, clever parody and then devolves into something far less intelligent, entertaining but hardly as impressive as its creator might like to think.

Hits focuses on a few major players, all of whom are connected in some way or another to each other. Dave Stuben (Matt Walsh) is an eccentric, disgruntled Liberty, New York resident who spends a good deal of his time writing angry letters to City Hall, isolating Christine Casserta (Amy Carlson) in particular as the oppressor of his rights. His daughter Katelyn (Meredith Hagner) yearns to be famous, and obsesses over the chance to be on The Voice and be interviewed by Ellen DeGeneres. Casserta’s son (Michael Cera) happens to be the pot dealer for Donovan McCaffrey (James Adomian), an odd, excitable Brooklyn resident who takes to a YouTube video of Dave airing his complaints and decides that he wants to help him with his cause.

Hits sets up its storyline to allow for excess on the part of all of its characters. None of them have real substance, and those who think a lot of themselves – namely Katelyn – are especially vain. Viewed as a commentary on fame, this is an enormously effective satirical piece, showing the lengths that people will go to in order to become famous. Along the way, that includes a white wannabe-rapper named Cory (Jake Cherry), who is in love with Katelyn, a sleazy recording artist (Jason Ritter) who takes advantage of Katelyn’s desire to make it big, and a relatively brutish and angry Liberty resident (David Koechner), among others.

There are many laughs to be had throughout Hits, and there’s no denying that what’s happening on screen is funny. Yet the aim of its comedy its too broad, and exaggerating some of the plotlines – such as Donovan’s think tank – from the start make it hard to take the film seriously. It’s meant to be a farce, but it starts out from such a decent standpoint that it’s unfortunate to see it devolve into pure, unfocused inanity. Its success and smartness is decreased considerably by its overreaching.

It’s hard to discern who the film’s primary star is, but the best bet is Katelyn, who wants to be famous so badly that she can’t fathom the idea of someone like her dad being interviewed by anyone because he just doesn’t have the right personality to be famous. Hagner is great at playing Katelyn as a selfish, naïve brat. Walsh is a good fit for the incessantly bitter Dave, and, though the part doesn’t demand much, Koechner fits the bill he’s been given. Adomian overplays his character considerably, while Ritter shows little effort in his one-note role. There are plenty of good things about Hits, but, ultimately, it’s not consistent enough to be considered one of the greats.

This film is screening at the Sundance Film Festival in Park City as a Premiers entry. 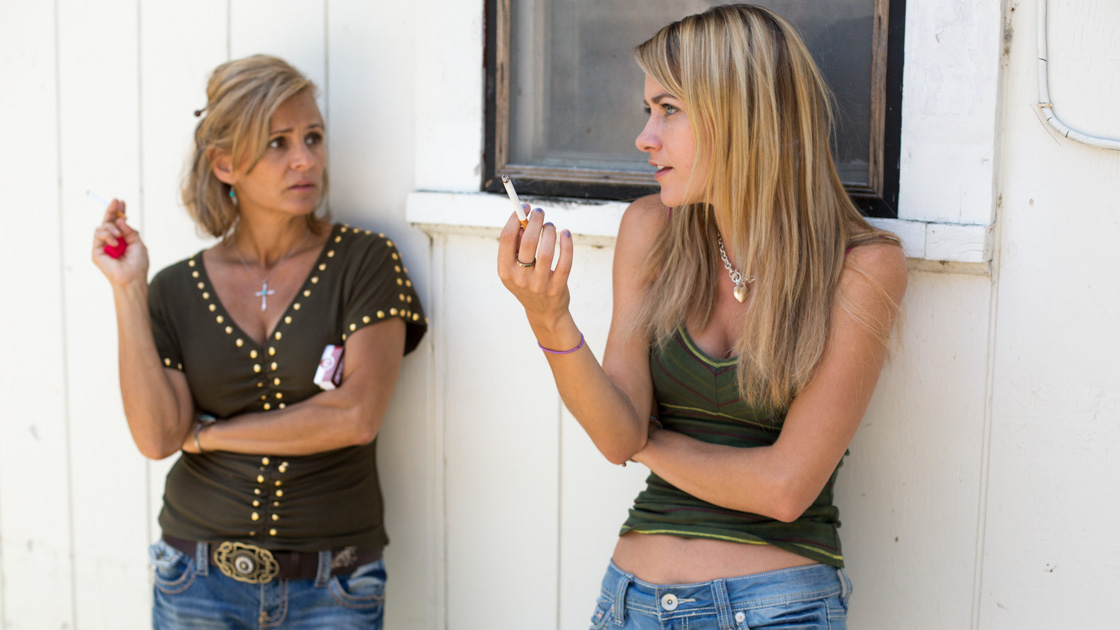